This story happened in London on Christmas Eve. The bus driver was nearing the end of his shift. So when he arrived at the park, he began to inspect the interior. On one of the seats the man found a bag left by one of the passengers. The bag was closed. The driver had no idea of its contents.

The man was about to call a special service to have its employees check the unexpected find. But the moment he wanted to get off the bus, he heard something start to move in the bag. 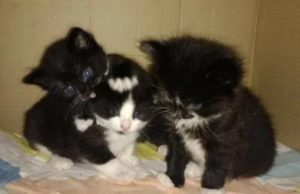 There were three black and white fluffy kittens in the bag. The driver had found abandoned kittens on the bus before, so he knew what to do. The man gave the animals to the dispatcher. And he contacted the service, which deals with helping stray animals. 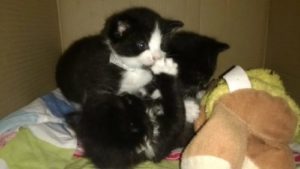 The service specialists picked up the kittens and took care of them. They turned out to be about three weeks old. Fortunately, the veterinarians did not find any diseases in them. Volunteers took care of the kittens for some time. And then each of them found good owners.