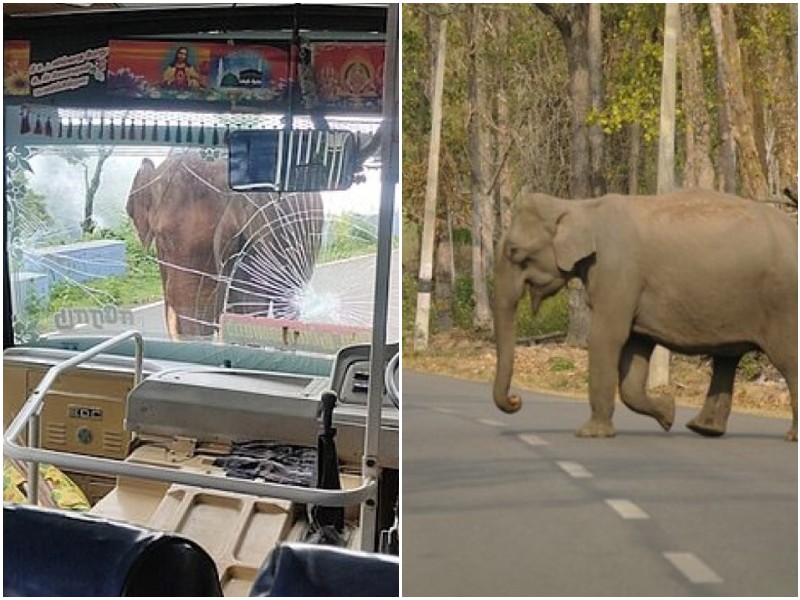 In India, an elephant was filmed breaking the window of a bus that was transporting government employees. The driver was driving on the road. He noticed the animal and stopped to let it pass. But the elephant also stopped, and apparently took it for an attack. 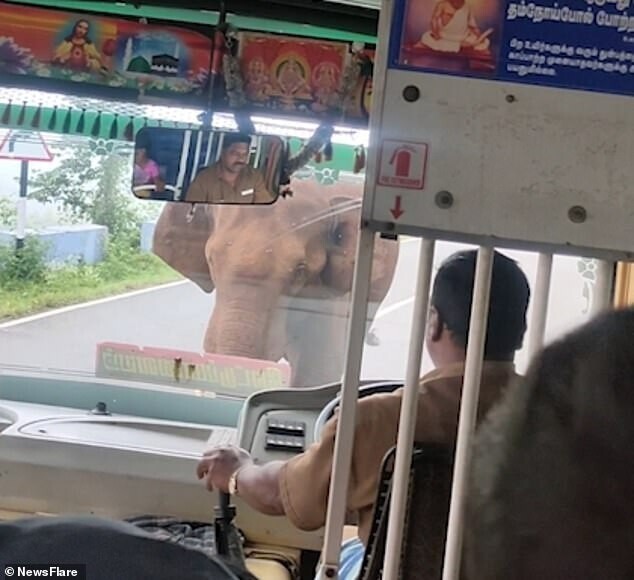 When the elephant turned to the bus, the driver tried to reverse. But at the same moment, the angry elephant hit the windshield with his powerful head. The terrified passengers, at the request of the driver, immediately gathered at the back of the bus. As a result, the animal made three strikes, and then withdrew. 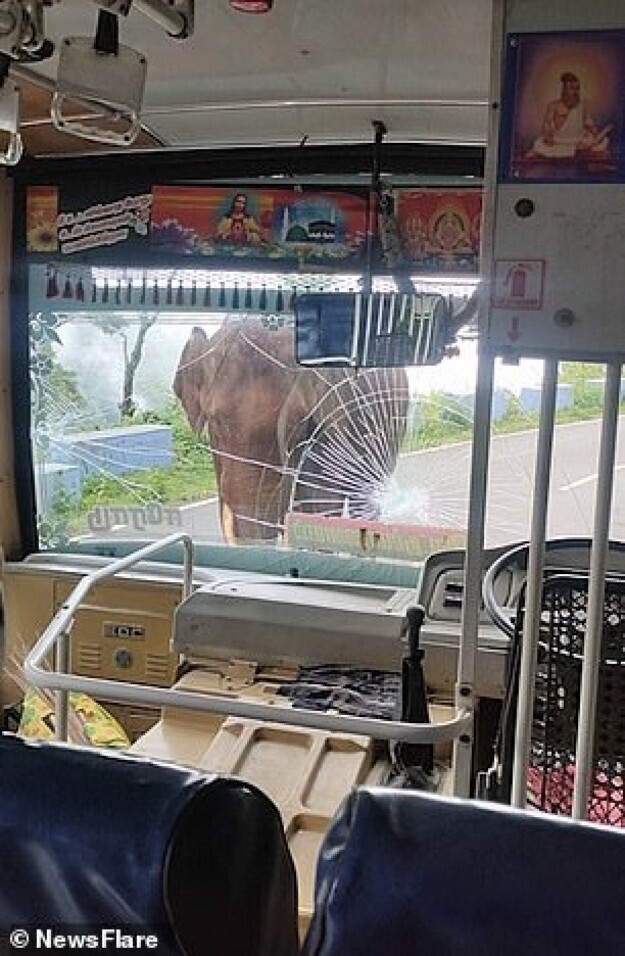