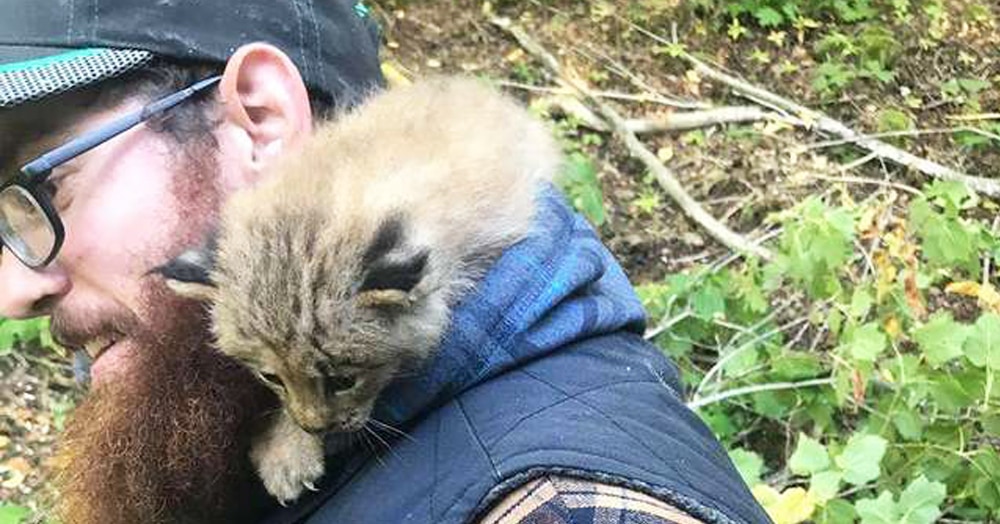 If you can’t pass by stray animals on the street, or maybe your children are constantly dragging puppies and kittens— these are certainly good deeds. But be careful! Sometimes little animals are not at all who they pretend to be.

So, Matthew Patry from Quebec (Canada) was riding his mountain bike along a forest path when he saw something small and fluffy. Looking closer, he noticed that it was a kitten. Matthew stopped to help the baby. 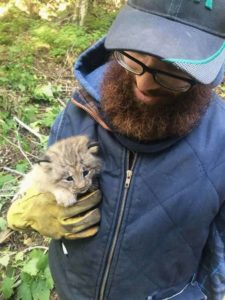 However, Matthew did not know whether the lynx remained an orphan or whether his mother was somewhere nearby, who obviously would not be happy to meet a person.

After learning that he was not facing a domestic kitty, but a wild lynx, Matthew decided to leave the find in the forest. 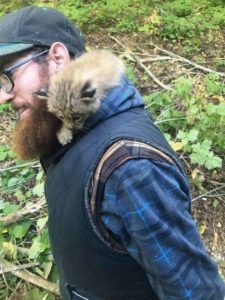 But the man couldn’t stop thinking about this little creature. He decided to return to the forest the next day. The lynx was in the same place. And this time he was already screaming and crying, and there was no mother nearby.

Returning the next day and finding the lynx in the same place, Matthew decided to pick it up. 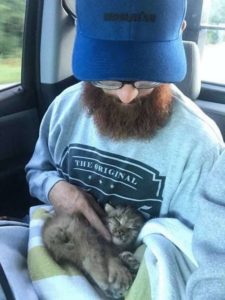 The man took the baby home and contacted the zoo.

At the zoo, Matthew was told how to feed and water a small lynx until he received professional help.

The lynx was smaller and weaker than it should be at this time of year. 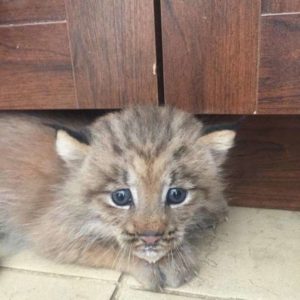 The zoo has sheltered the animal and will take care of it until it gets stronger, and then release it into the wild.

That’s how the little lynx got a chance to return to a normal lynx life. And Matthew is happy that he was able to help the animal:

“I am glad that he is safe and that he is doing well. I am so happy that he will survive. He’s very handsome.” 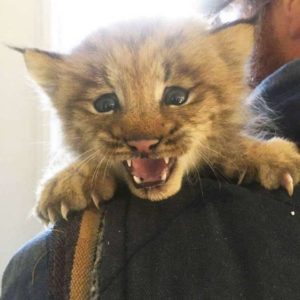