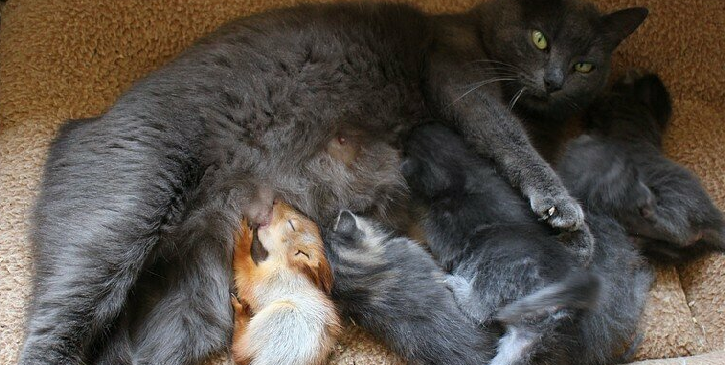 One day in the spring, when the planned felling of old trees was carried out, there was a hollow in one of them, and even not empty, but with small squirrels. It was not known where their mother had gone. But one thing was clear—she had abandoned them. Caring people brought the kids to the zoo.

The workers were at a loss what to do with these hungry and squeaking lumps. One of the employees had the idea to show them to a cat that had recently been lamed. And what if she accepts them. 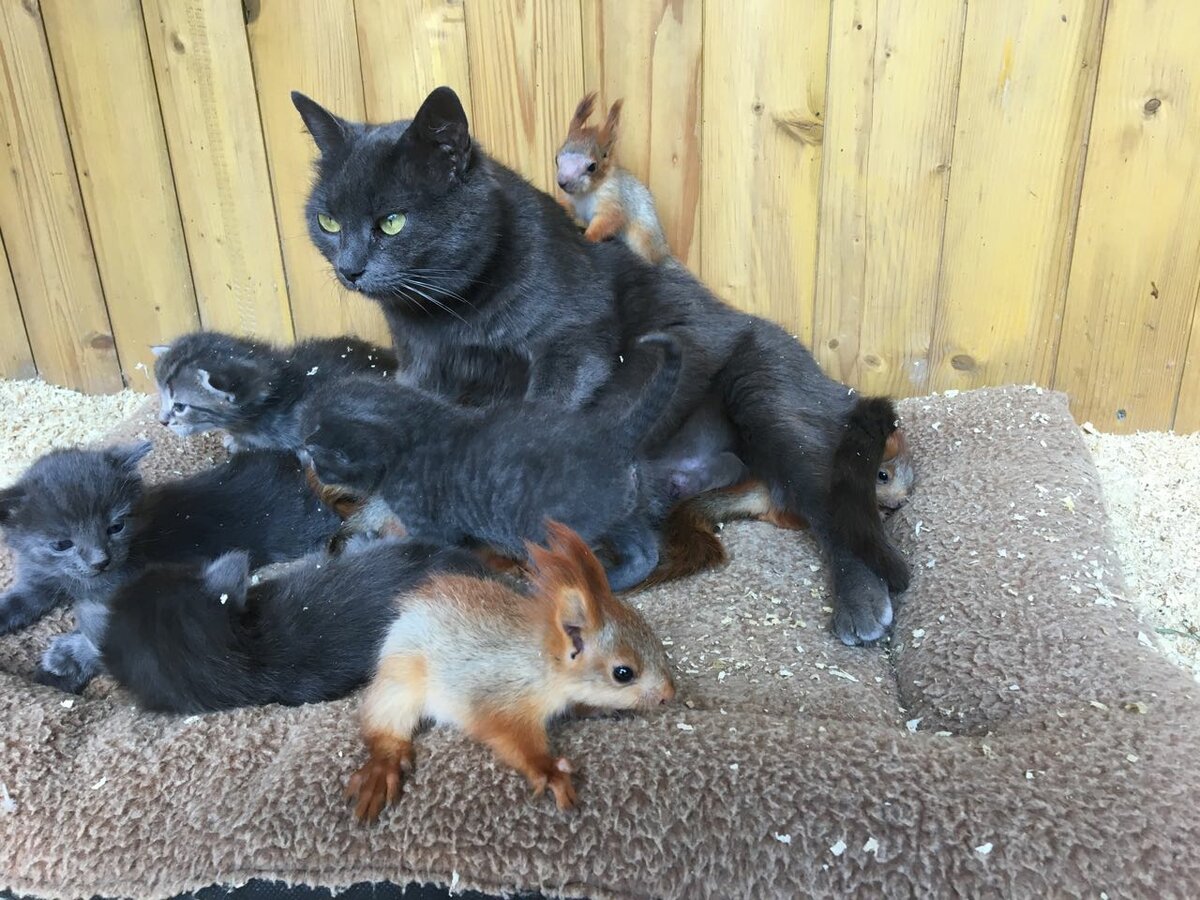 And the cat did not refuse. Only at first she looked surprised: some strange “kittens”! But soon she began to lick them. The employees were delighted with this turn of events. 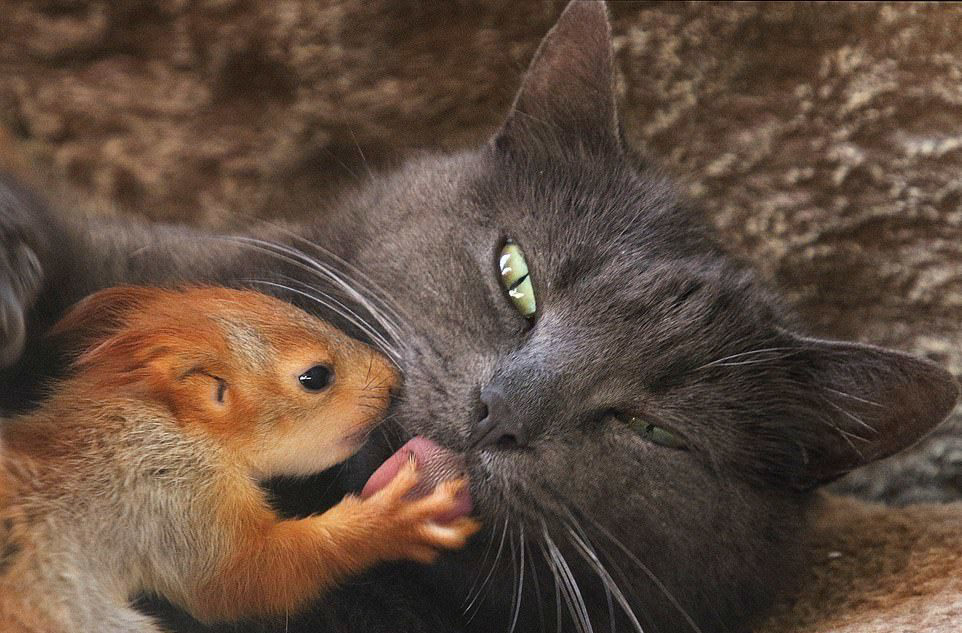 The squirrels are growing by leaps and bounds, playing with kittens. This story thundered all over the city. Murka instantly became a celebrity. Crowds of visitors poured into the park. 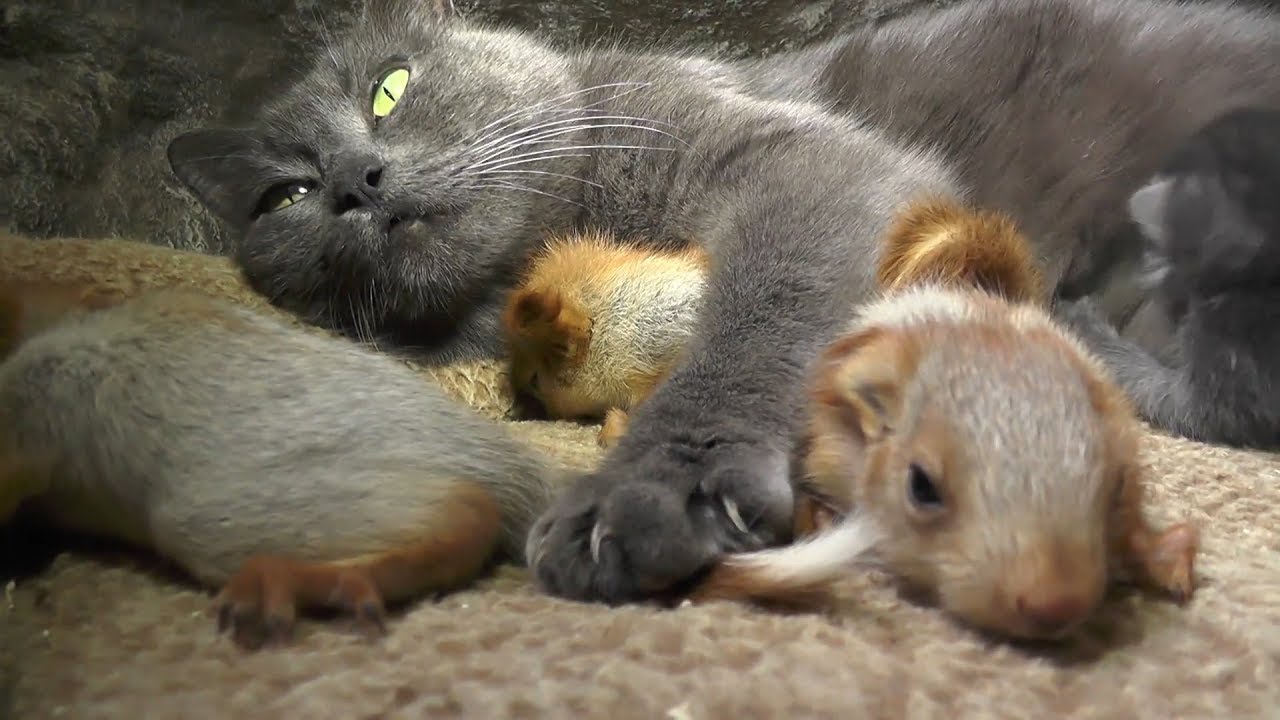 The cat didn’t have enough milk for everyone. Employees have to feed squirrels from a bottle day and night. The director of the Park says that the squirrels will not be left unattended in any case. They will feed them. Then they will most likely stay in the park. 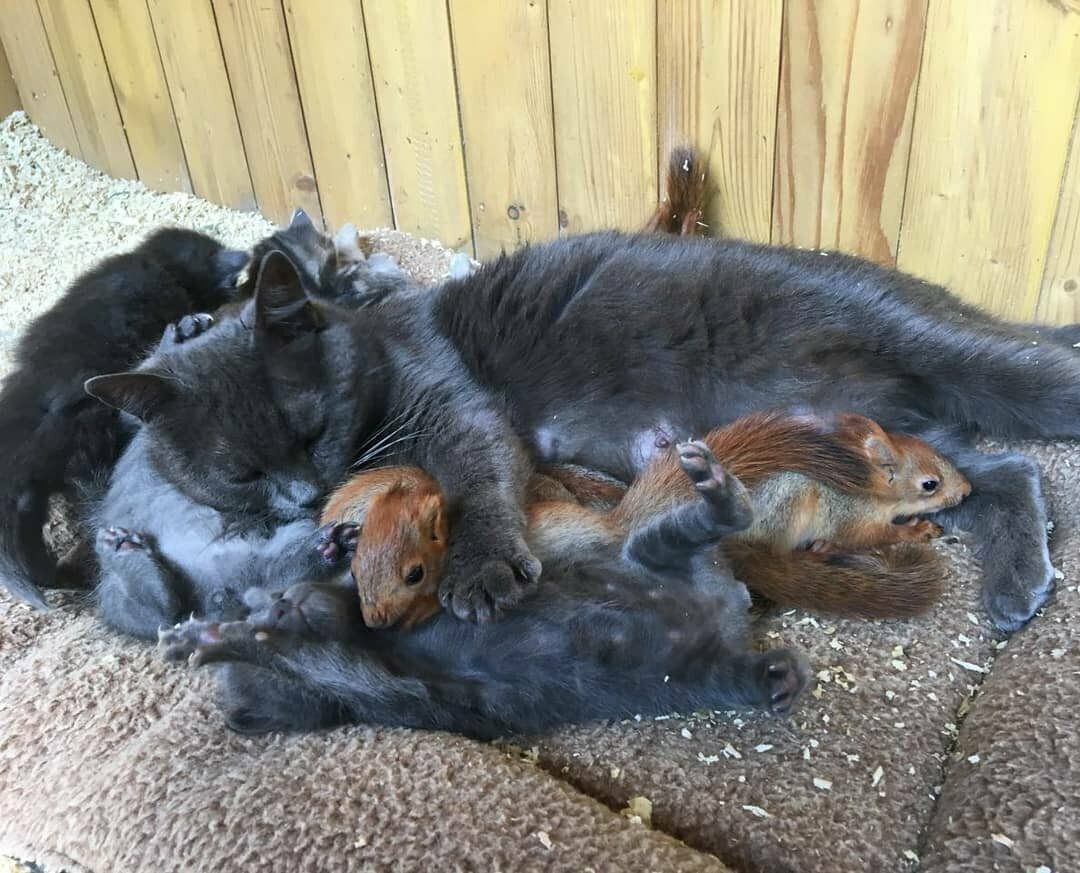