Janet Adamovich of Harrogate, England, was shocked when she received a call from the local veterinary clinic that her cat Boo had been found. After all, Boo had been missing for 13 years! Janet searched for Boo for a long time, but all in vain. It was only now, 13 years later, that the cat had returned home. Boo was brought to the vets by an unknown woman, and they don’t know anything about how Boo has lived all these years. But for Janet, the important thing is that her pet is finally home! 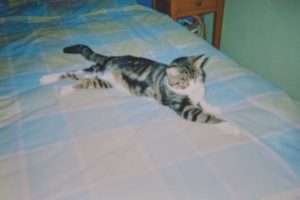 Boo the cat from Harrogate, England, was four years old when she went missing from home.

Boo’s owner, Janet Adamovich, was inconsolable. She put up ads everywhere and even posted a request to help find the cat in the local paper. But all to no avail: Boo was not found. In the end, Janet gave up on the search, hoping only that Boo had found herself a good new home. She even got two new cats: she got Ollie in 2008 and Tessie in 2014. 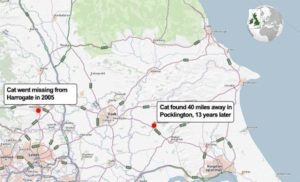 Recently, however, Janet received a call from the vet saying that Boo had been found! The cat was identified by the chip she had once had sewn into it. The vets knew nothing about where the cat had spent the past 13 years. All they knew was that the cat had been brought in by an unknown woman who said she had found it in the town of Pocklington, about 60 miles from Harrogate. 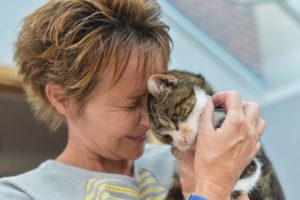 When Janet arrived at the clinic, she was amazed to find Boo waiting for her, aged but still sweet and loving.

“When I got to the vets, I couldn’t believe it was really her and that she still remembered me,” Janet says. 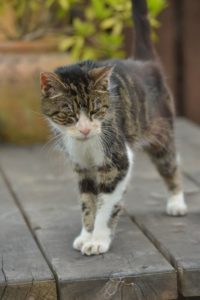 “I don’t know what she’s been doing all these years, how or why she covered 60 kilometers,” Janet says. – But she’s in great shape for her age!” 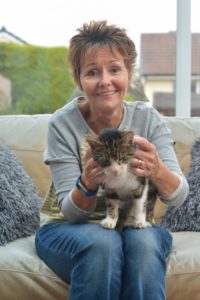 Boo is now 17 years old, but she does feel surprisingly well. 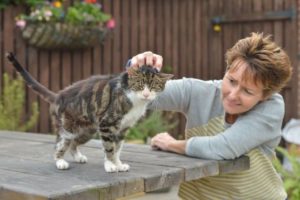 “I can’t even imagine what her life has been like all these years,” says Boo’s owner.

“Boo was a very frisky cat in her youth and loved adventure. She was probably living on the streets and being fed by people who cared about her.” 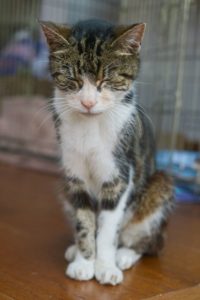 The scene of Boo meeting her owner was very emotional.

“I think everyone in the building had wet eyes,” Janet says. 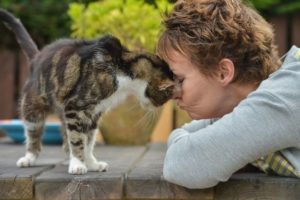 Boo immediately recognized Janet and began rubbing up against her owner and purring.

“Since I brought her back home, she hasn’t left my side,” Janet said. “The other two cats aren’t thrilled to have her, but I hope she stays with me forever now.”

Local veterinarians hope that Boo’s story will help convince pet owners to chip their pets. Boo was given a chip when she was a kitten; it contained information about the cat and her owner’s phone number, which helped them find Janet 13 years later.

ANIMALS 0 19 views
His name is Boss and he looks the part. The Tibetan Mastiff dog from