Late evening. The owner turns on the light, enters the kitchen and makes attempts to approach the refrigerator. Nothing comes of it. The domestic cat, always affectionate, quiet and calm, began to hiss and rush at the owner, not letting him open the door.

The scene of our next story from Germany, the small town of Kleve on the German-Dutch border.

The cat was clearly nervous, walking in circles around the refrigerator, then meowing insistently, then hissing furiously. Since the events took place almost at night, thoughts worked poorly. The man first suspected that an impudent mouse was most likely hiding behind the refrigerator. 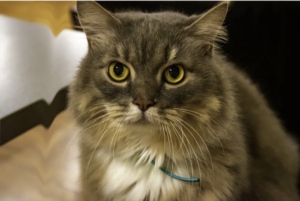 However, curiosity prevailed. The owner, ignoring the cat’s warnings, turned the refrigerator in one decisive movement. And he was stunned: there was a real fiery-red snake lurking in the back of the refrigerator. The remnants of the dream disappeared in the same second. The strange behavior of the mustachioed pet was explained in the same second. The cat warned the loved one about the danger threatening him.

The owner called representatives of emergency services. They arrived quickly. The reptile, fortunately, warmed up in its place and calmly waited for its rescuers.

The snake belonged to a non–venomous species – it is a corn snake or a maize runner. A species that is quite often kept as pets by reptile lovers.

The question of where the North American snake came from in the German refrigerator remained open.