One day on her way home, Maria heard crying in the distance. When she came closer to the source of the sound, she realized that this vivid sound was made by a cat. Approaching further, she saw the poor animal. The red cat was sitting on a flight of stairs, shedding bitter tears and sobbing desperately. 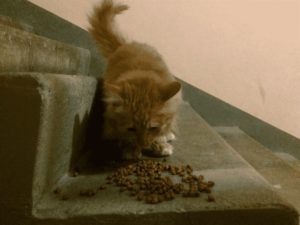 It wasn’t hard to understand why the poor cat was suffering so much, because it was February and it was freezing outside. The steps were frozen through and the cat was literally freezing. Maria decided to help the poor animal. As she approached it, she was able to determine that it was a young cat, no older than three months old.

Since the girl already had two cats living in the house, she did not risk taking the poor creature into her apartment. But it was also impossible to leave her to freeze to death. So she decided to put the cat in a baby carriage, which she kept in the entrance near her apartment. She also brought the poor cat some food, so she would not leave her pet hungry. Thus Maria arranged a house for the cat in the stroller. 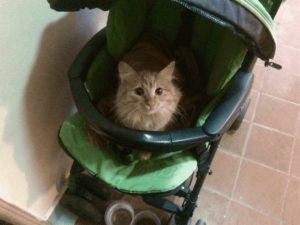 The cat looked well groomed, and it was immediately clear that it was domestic and not a stray. So Maria assumed it was lost and started looking for its owners.

The girl printed ads for the found cat and posted them in her and neighboring entrances, as well as in neighboring yards, hoping that the owner would see and respond. But no one ever called the ad. 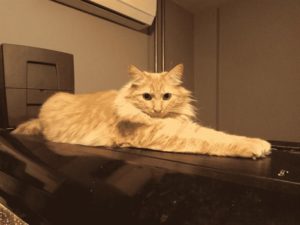 Maria checked on the cat several times, and in the evening she realized that it was getting cold outside, and even in the stroller the cat would still be cold at night. Then she decided to take a risk and took the cat back to the apartment. 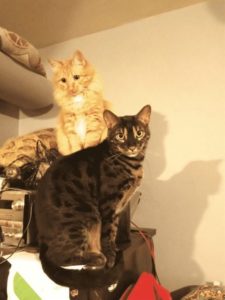 «I didn’t originally plan to keep her with me, we live in a one-room apartment with my daughter, and we already have two cats. I took the lost cat in, gave her a bath, and cautiously took her to meet the owners. To my great relief, my cats responded calmly and did not bully the poor creature. So I left her overnight in their care. The morning I found that all my listings torn down the janitor, and if anyone saw, no one responded. And the cats became friends and the three of them have fun. Then I decided that it was fate and now our happy family increased.» 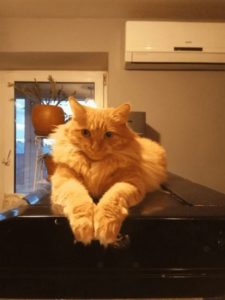 If you want to help needy and defenseless animals, nothing should stop you. Maria made up her mind and was able to help the poor baby, regardless of her small apartment, her child, and the pets she already had. If a person has a big soul, he or she just needs to do good.