The cat appeared unexpectedly in the entryway. At one point, the locals noticed the animal perched in a corner, preferring to stare at the wall, as if embarrassed by what it looked like. One would have thought that a cat had run into the entryway from the street. Except that even the stray animals in this yard weren’t that skinny and dirty 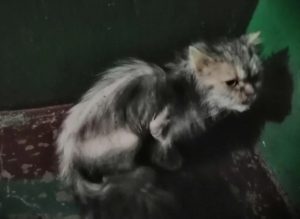 The animal was very emaciated. We could assume that a Persian or an Exot, or maybe some mix of the two, had wandered into the entryway. Unscrupulous breeders often don’t take care of animals and keep them in cramped cages, forgetting to feed, bathe or comb them out. For such “merchants” it is important that the animal looks like a purebred, because this way it can be sold more expensive. If the breed is not guessed or the animal is no longer profitable, they simply get rid of it. This cat may have fallen prey to just such people.

One of the girls who lived in the entryway took the cat and went around every apartment in the house, trying to find its owners. The fact that the cat had a home was evidenced by its liquid fur, which simply did not allow the animal to survive even a few days outside in the winter. No one recognized the cat. So the girl had to look for a rehousing facility for him. 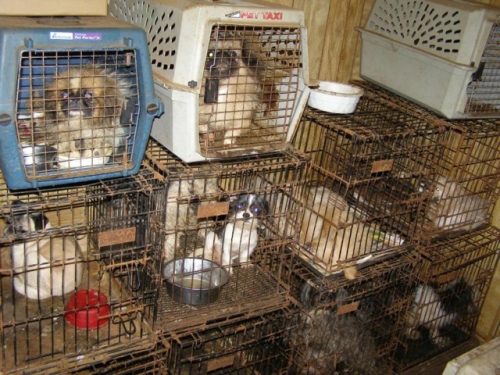 Margarita took the foundling in her care. She already had experience working with a Persian cat which had been thrown out by unscrupulous breeders.

The cat was examined by a veterinarian who prescribed a special diet and vitamins stimulating the regeneration of the coat. The doctor also advised to surround the animal with care and love in order to recover. 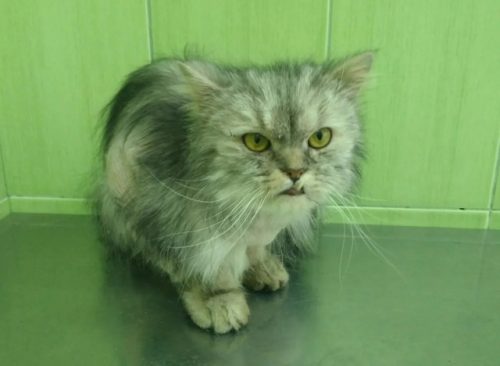 Margarita arranged for a personal place for the cat in the bathroom and named her new pet Gray. For a long time the cat did not come out of its hiding place in the bathroom. He shunned the owner’s cats as much as he could.

After a few weeks of increased nutrition, vitamins, and unconditional care, Gray’s new fur began to appear. The cat was genuinely in love with Margarita. He tried not to leave her side, purring all the time and demanding to be stroked. 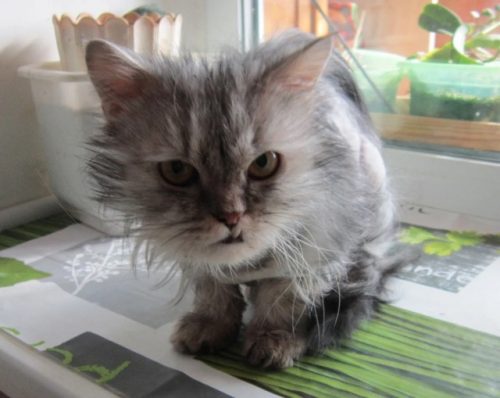 Everything was fine until Gray was diagnosed with FIP. Unfortunately, there is no cure for this disease. 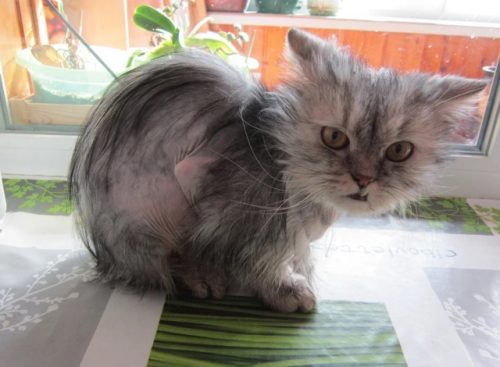 Gray has been in Margarita’s care for four months. During this time he turned from a dirty and frightened stray cat into the favorite cat with a smooth and shiny fur. The cat changed from his cot in the bathroom to the owner’s bedroom. He was surrounded by love and care. 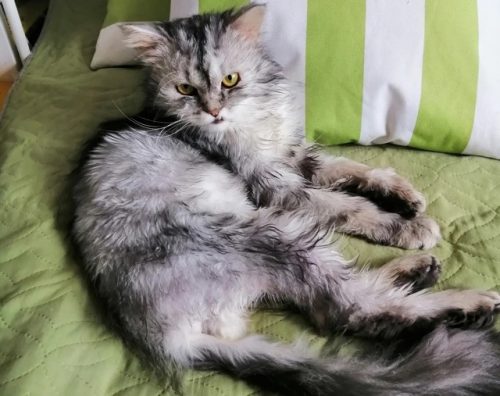 The ending of this story may seem sad. But the girl herself is happy. After all, the animal got love and a home of its own, even if only for a short time.