The beautiful red cat Jacques lived with his owner for almost a year. The cat was very gentle and affectionate and demonstrated these qualities to the woman to the fullest extent. After a year, the owner took Jacques to the shelter, arguing that the cat needed more attention.

The staff at the shelter were convinced that Jacques would not stay with them for long, and that they would be sure to find a loving family for such a gentle and handsome cat. However, the way the woman had returned the cat sounded strange. In the practice of the shelter staff no one had ever given up a pet because it was too affectionate to humans. 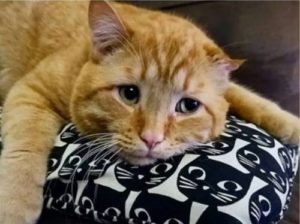 The shelter staff posted an ad on social media, stating that the cat was looking for a home and was full of love and affection. This wording, combined with a photo of the red-haired cutie, caused a real flurry of comments, as well as a huge number of people wanting to take the cat for themselves. 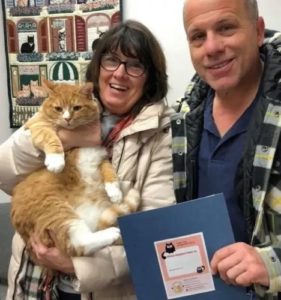 Among all the applicants, the shelter staff chose new owners for Jacques. Lisa and her husband soon picked up Jacques from the shelter. According to the couple, they liked the cat as early as in the photo. But when they met him at the shelter, they immediately fell in love. And even more importantly, the animal reciprocated their feelings within the first minutes of communication. 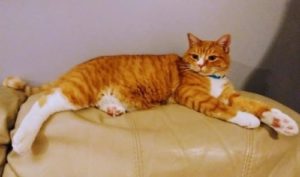 It took time to get accustomed to the new owners, but in the house, Jacques got used to them in a few minutes. The cat loves to sit in the arms of his new owners. He also found a common language with another cat who lives in the house. The animals get along great even when the owners are not home. They spend their time playing together. Jacques is always looking forward to Liz’s grandchildren coming to visit. After all, he just adores children and is ready to play with them for hours on end.