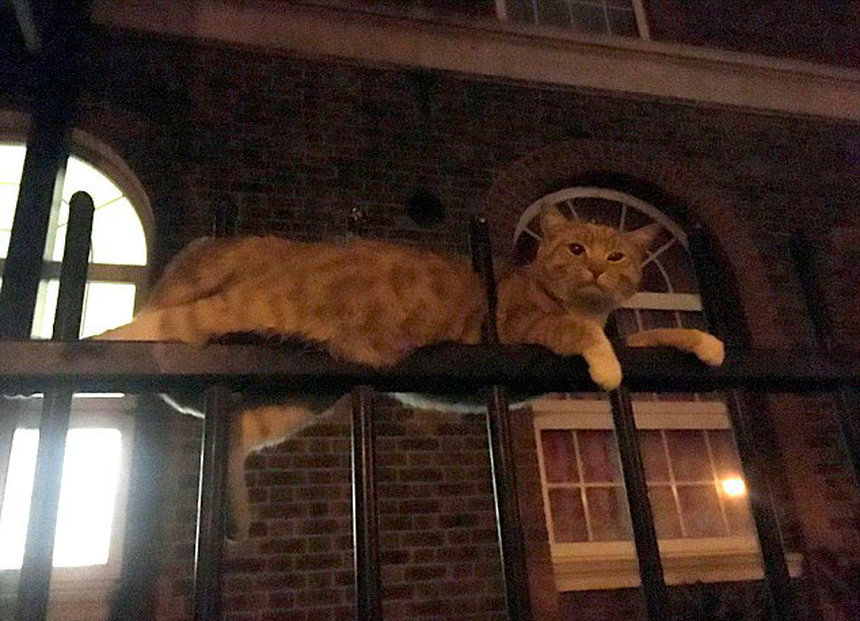 About three o’clock in the morning, a passerby saw a cat on a metal fence, which was impaled on three fence pins at once, piercing through his body. 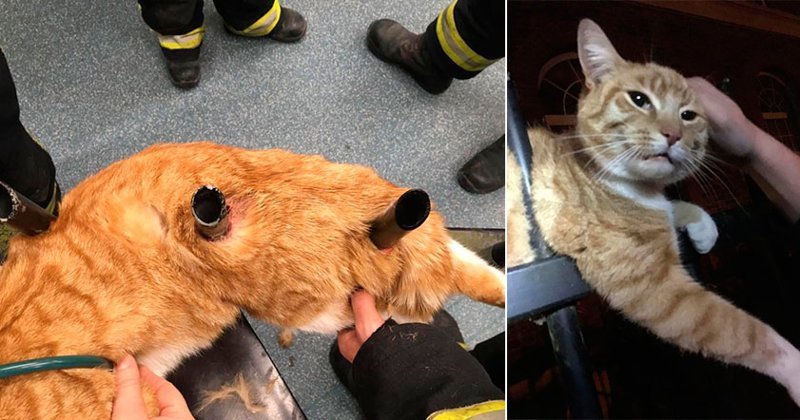 The incident occurred near an apartment building in Cricklewood in northwest London, England. The man immediately called rescuers, who cut off part of the fence, freeing the unfortunate animal, and took him to the veterinarian for urgent surgery. 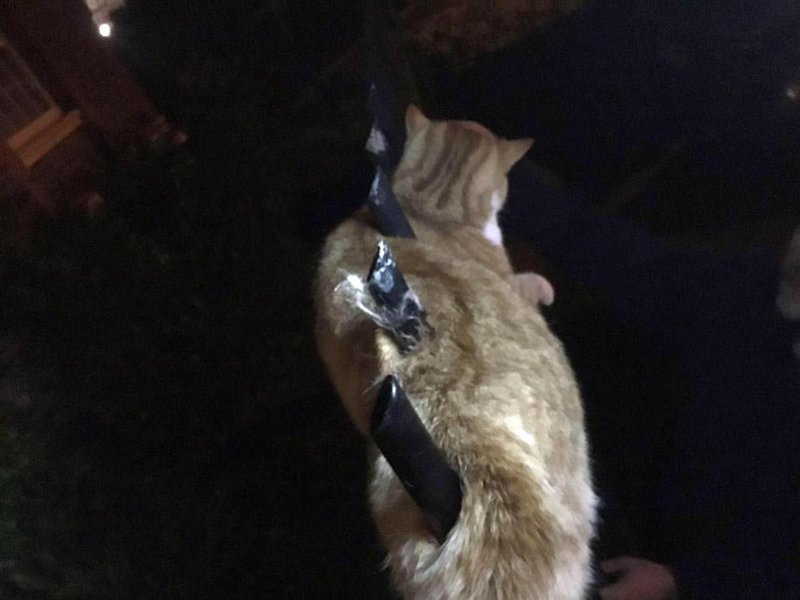 The rescued animal was really very lucky. The huge pins somehow miraculously missed vital organs. Veterinarians and the rescue service said that the cat behaved very bravely, and understood that they were trying to help him. He purred and rubbed against their hands all the time. 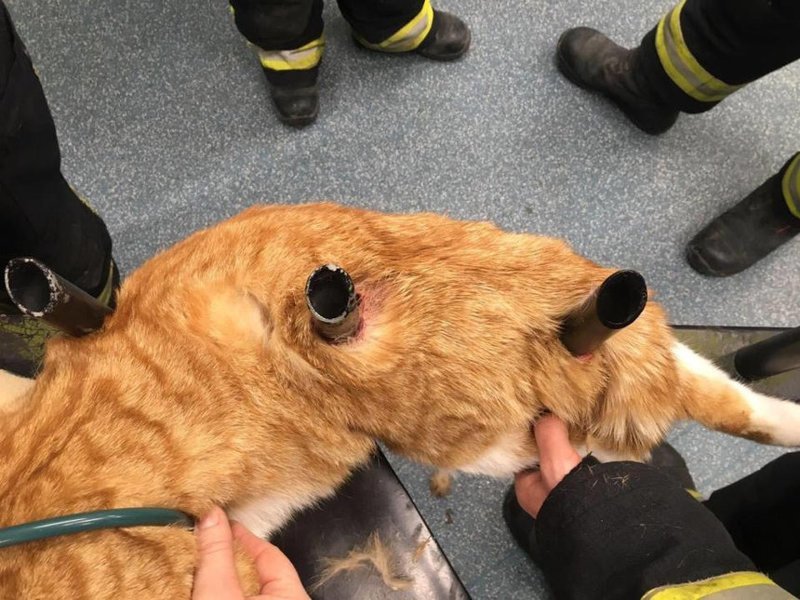 The veterinarians added that their new patient is on the mend and can even walk already. The cat is obviously domestic, and now they are looking for his owners.

What happened to the cat is not yet known. Perhaps he himself fell from a window or balcony. But rescuers do not exclude that the animal became a victim of sadists.