A kitten was brought to the veterinary clinic in the Polish city of Bydgoszcz. The animal’s name was Radamenes. And the doctors were sure that the baby would not live long. The cause of the problems was the negligence of the pet’s owners, who did not pay attention to some of their pet’s health problems and severely neglected the situation. 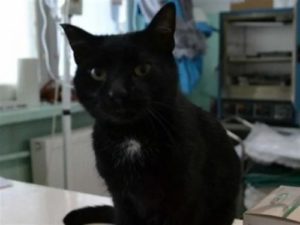 The veterinarians worked hard to cure the animal. They fought hard for its life for several months. The work done by the doctors brought results. The kitten survived. 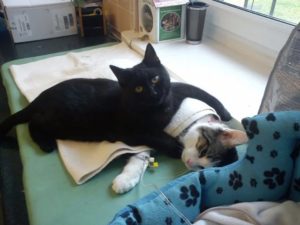 Even the doctors considered the recovery of their patient a real miracle. So they decided to keep him in the clinic. The cat quickly got used to living in the clinic. Moreover, he decided to help its staff and became a nurse for other animals. 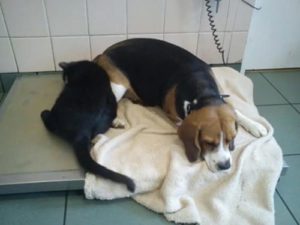 Radamenes often comes to socialize with other patients at the clinic. He may just sit or lie down next to them. Sometimes he sings his songs to them, washes the babies or gives them massages. 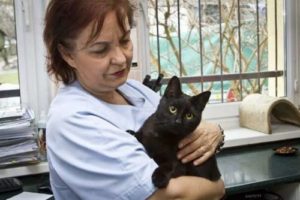 According to the staff, such attention from the cat has a positive effect on their patients. After all, many animals in the clinic are nervous. And Radamanes helps them to calm down.