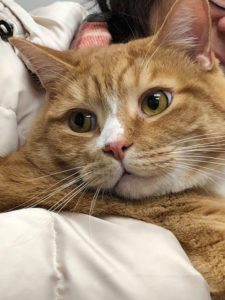 Jacques had been at the shelter for a year and could not find a new family. Even at the shelter, Jacques was desperately looking for human contact and was always ready to curl up in the lap of the workers. 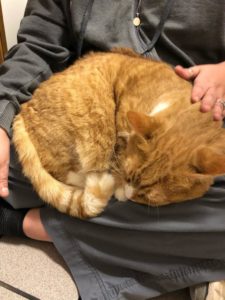 In an effort to find new owners for Jacques, the shelter staff decided to hold a campaign on their Facebook page. They published a photo and story of Jacques, mentioning that he is very tame and very affectionate and because of this he did not please his old owners. 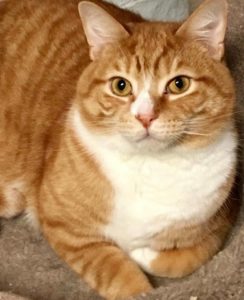 It didn’t take long for users to react. People were amazed and outraged that someone could give up a cat for such a reason.

«A giant ginger cat who likes to sit on the lap and cuddle? Sounds like my dream come true!».

«Who the hell in their right mind would turn down a cat that loves to sit on their lap?»

«If it’s a cat who loves to sleep on the lap, that’s just what I’m looking for!»

People wished Jacques would find a new family as soon as possible and offered themselves as a new owner for him. 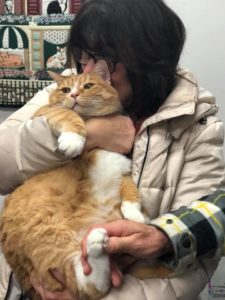 After two weeks, the shelter staff finally chose an owner for Jacques. She was a woman named Liz. She and her family came to the shelter to pick up the cat and immediately took him in their arms and Jacques sat happily on Liz’s lap and cuddled with her, purring loudly. 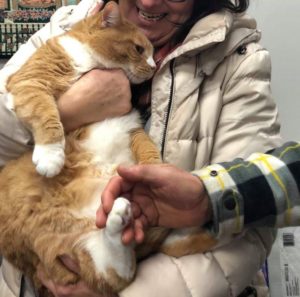 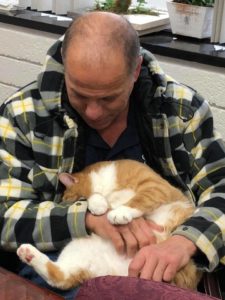 «Finally our sweet and spoiled kitty found a new home. He now lives with Liz and her family and we are all very happy for him.»

Jacques settled into his new home very quickly and made friends with the other cat as well, and he also enjoyed sitting in the arms of Liz’s 3-year-old grandson, who adores his new pet. He also came up with a new name for the cat and calls him Joe. 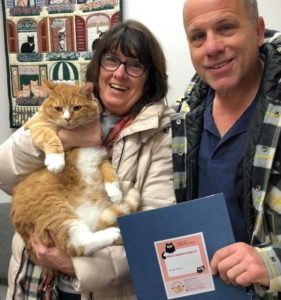 ANIMALS 0 83 views
This fragile little cub was spotted outside a market in Bali. Its thin skin