Grandmother lived alone, but children and grandchildren were frequent guests in her house. Therefore, she did not feel lonely. During one of their visits, the children noticed a puppy on the road and brought it to their grandmother’s house. The baby was named Ray. He stayed with the grandmother in a booth specially built for this occasion. The puppy was active and cheerful. He loved the owner, even more so her grandchildren, who, when they came, always found time to play with him. Ray lived in the grandmother’s house for 4 years.

The winter turned out to be cold, a lot of snow fell. The grandmother died this winter. The family gathered for the funeral and wake, and then gathered back to the city. Sitting on a chain in the yard, Ray sadly watched as the only close people were going to leave. The family’s apartment in the capital was very small, there was simply nowhere to take the dog with them. The family turned to the neighbors for help. Leaving food for Ray and money to the neighbors for their help, they asked to feed and visit the dog. Hoping that the dog would be taken care of, the family left. 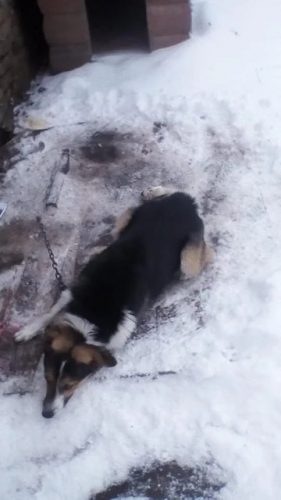 Once I got a call from a relative who complained about the constant howling of a neighbor’s dog. She decided to find out what happened to the animal. And when she entered the yard, she saw empty bowls covered with snow and a chain frozen to the ground. Ray was cold and obviously hadn’t eaten for a long time. It became clear that the neighbors took the money, but did not take care of the dog.

I had a free place in the aviary, so I decided to take Ray away. The dog looked fearfully out of the car window all the way, not understanding what was happening. After warming up a little and getting used to us, the dog climbed into my arms. 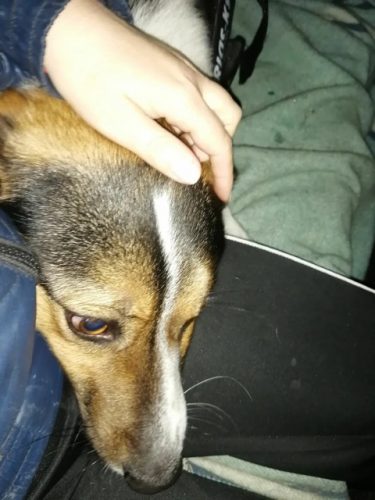 Ray quickly ate everything that was offered to him and went to bed for the whole night. In the morning, the dog was in a good mood. He played and willingly learned commands. 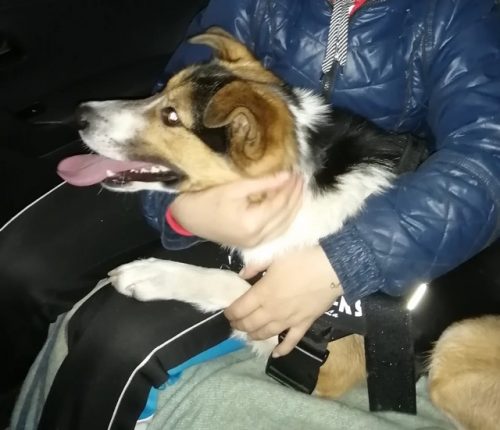 When the owners of Ray found out that the neighbors did not fulfill their promises, they immediately called us. And a few days later they arrived. Ray was happy to see his family. It can be seen that people also love Ray very much, but they can’t take him away in any way. Therefore, we need to find new owners for the dog.