A couple from Australia went to a homeless shelter to get a small fluffy pet. Before that, Grace and Jake studied the website of the animal protection organization, where photos of animals that can be adopted were presented.

The choice of young people fell on a kitten named Marlowe. 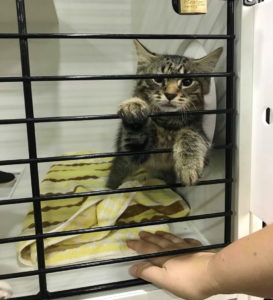 Arriving at the shelter, the couple asked the staff to show them Marlowe. He was sitting in the same box with another kitten.

«They were lying in a cage, hugging each other with tiny paws. As soon as we approached, the kittens immediately rushed to us, trying to get out from behind the bars,» the young people recall. 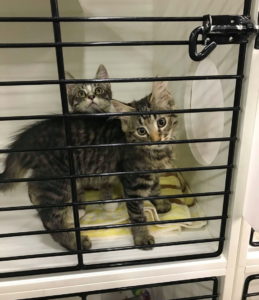 The couple stayed at the shelter for a while. They were very fond of playing with kittens. The kids turned out to be very affectionate, but always tried to be as close to each other as possible. 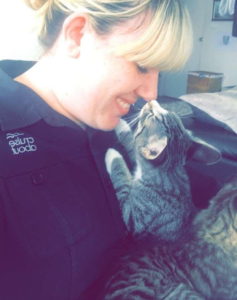 It turned out that the kittens are brothers. They spent their whole lives together. After learning about this, Jake insisted that the kids should not be separated.

«Jake said that we have no right to leave one kitten in the shelter. We discussed everything and decided that both babies will go home with us!»— said Grace. 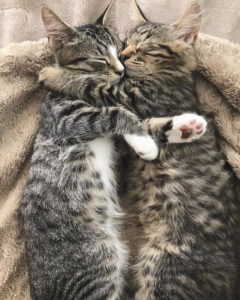 It was a very happy day for the furry brothers. After all, they found a home and at the same time stayed together! The kittens settled into their new home in just a few hours.

«They are surprisingly affectionate and always ask for our hands. And our kittens are not interested in toys at all. They are more interested in playing with each other.The brothers are very active throughout the day, and they always fall asleep next to each other, hugging each other. It’s just amazing, we didn’t even imagine that there could be such a close connection between animals,» Grace and Jake say. 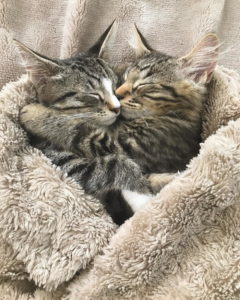 Now kittens live a carefree happy life. They really like to explore the world around them and observe what is happening. But this is not surprising, because living in a shelter, they missed a lot! 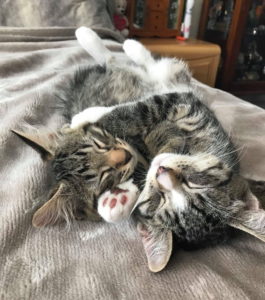