A cheerful red-haired dachshund named Gaspar recently alarmed everyone. Is it a joke to fall off the plane and get off with a slight fright!

But it all started very cool. Gaspar and his beloved owner Janice went on a trip to Chile. The owner’s girlfriend, Lygia, also joined them. The girls enjoyed sightseeing, and the dachshund studied new smells and local dog inhabitants.

After some time, Janice suggested going to Iquique, a large seaport located next to the desert! 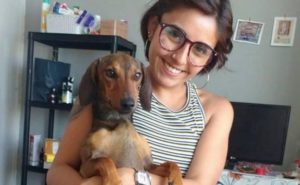 The girls bought plane tickets and hit the road. However, Janice had to go to the city of Santiago on business. Therefore, she and her friend temporarily separated.A friend flew with a pet on an earlier flight. After landing, Lygia wanted to pick up the dog from the cargo hold, where animals are transported. But Gaspard wasn’t there! But on the runway she found a familiar broken carrier — though empty.

As airport workers found out, an accident occurred during the approach of the aircraft. As a result, the carrier with the dachshund still in the air fell out of the opened cargo compartment and, falling to the ground, crashed. A frightened dog in stress jumped free and rushed straight to the Atacama Desert. 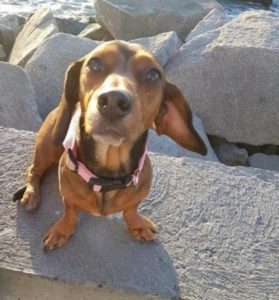 What started here! Not only representatives of the police, but also volunteers from social networks, as well as military and airline employees joined the search for the fugitive. Gaspard was searched for six days. All this time, the dachshund lived without proper food and water. He was seen several times from afar. But when trying to get closer to him, Gaspard simply ran away into the desert. 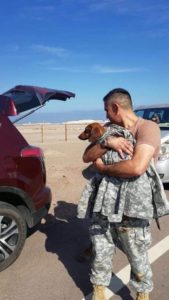 And only almost a week later, the fugitive victim was caught and handed over to the owner! Veterinarians who examined the dachshund reported that the dog was not in the best condition. The baby lost a lot of weight. He was also so scared that he was shaking non-stop.

However, a few days have passed and Gaspard has already begun to feel better. He is gradually returning to his old life. And Janice and Lygia are helping him with all their might! 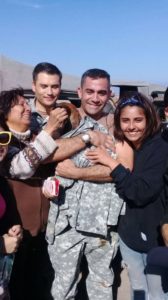 The carrier company assumed responsibility for the incident. Now experts are finding out how this could happen, and whether the human factor is involved here. 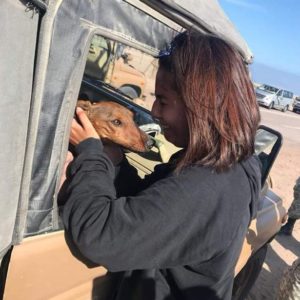