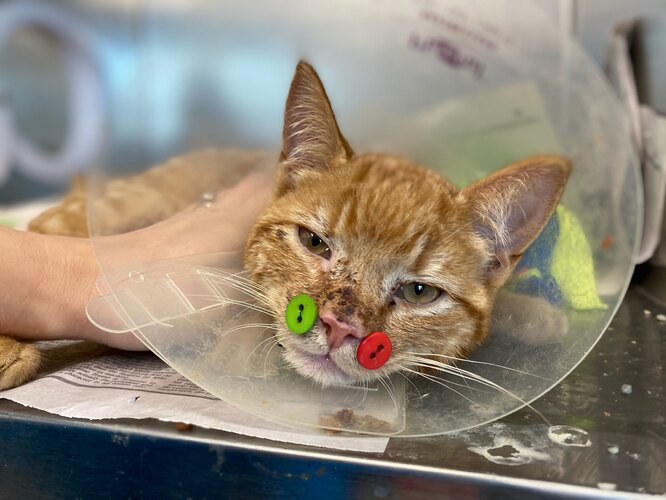 The cat was badly injured in the fight. His muzzle had to be literally reassembled. And to keep the stitches in place, the surgeon used a very unusual technique. 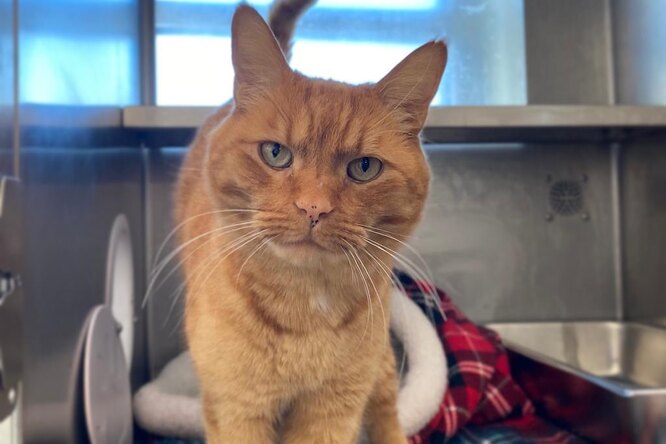 At the end of January, a cat named Jusbox got into trouble. He was attacked by a dog.The seven-month-old kitten was taken to the veterinary center in serious condition. In the fight, he suffered a head injury, jaw fractures, lacerations and a torn palate. Doctors had to reassemble the animal’s muzzle from the fragmented fragments.

At the end of the operation, the surgeon decided to use an unusual technique – to fasten the bones on the cheeks and lower jaw with ordinary sewing buttons. In his opinion, such fasteners will help wounds heal faster and prevent the displacement of seams.

Despite all the suffering, the cat now looks even cute. He will have to wear colored “jewelry” for four to six weeks, then the buttons will be removed. The animal got used to a foreign object on the muzzle, as well as to seams that do not allow it to fully open its mouth, surprisingly quickly. And thanks to timely medical care, recovery is going faster than expected. 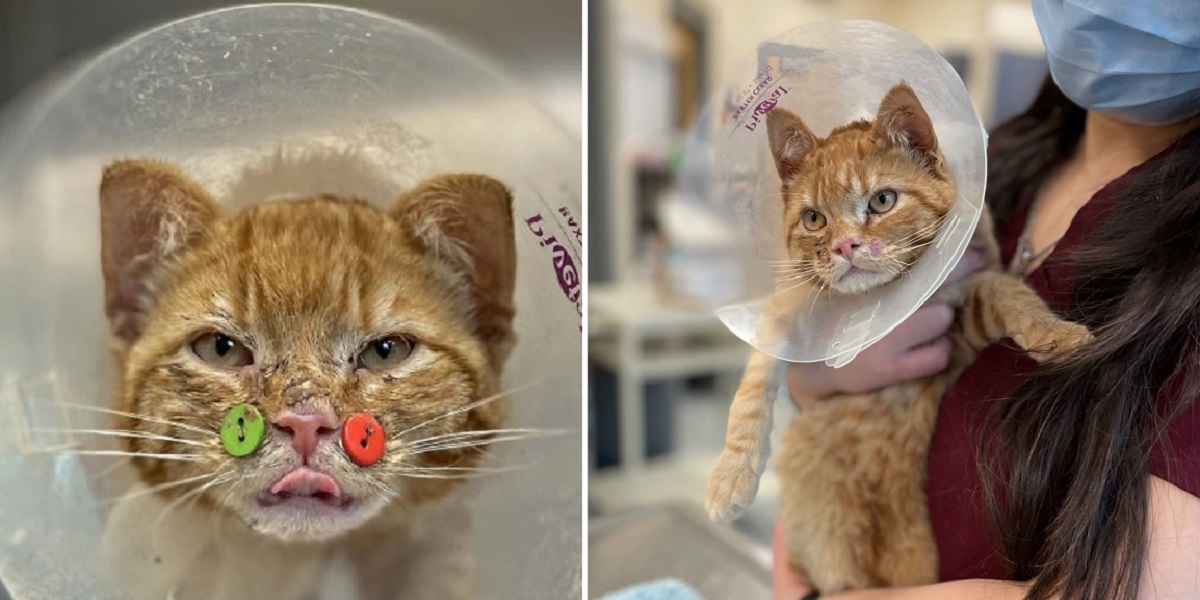 Surgical treatment and postoperative care cost the clinic almost $2,000. They became possible, among other things, thanks to voluntary donations from caring people who wanted to give the cat a second chance at life. 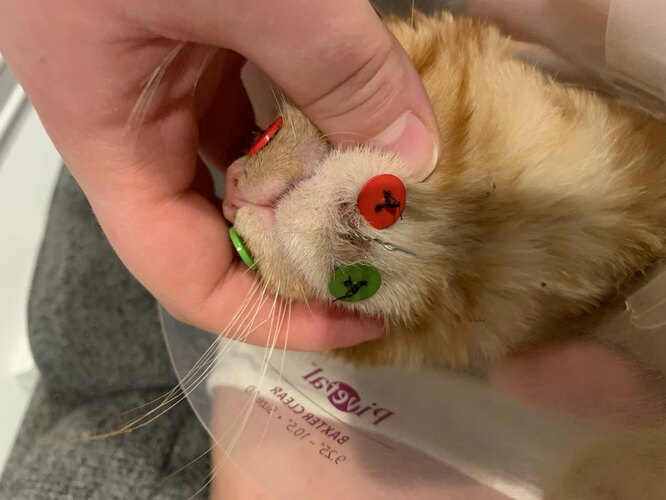 Having survived the worst, Jusbox became a cheerful, playful and very sociable cat again. After full recovery of health, they will look for a new home for him. It was hard for the former owners to part with the pet. But after the attack, they realized that they would not be able to keep him in the same house with the dogs. In the meantime, Jusbox is recovering from surgery in a foster family that has experience caring for animals with special needs.