Most of the dogs in the shelter are quite large. Therefore, it immediately became clear that a one-and-a-half-kilogram toy terrier would not take root in such a company. Knowing that I help such kids, the volunteers asked me to pick up the baby. As soon as I saw the photo, I realized that I would definitely try to help this dog. After all, she was so similar to our Nika, who recently died. 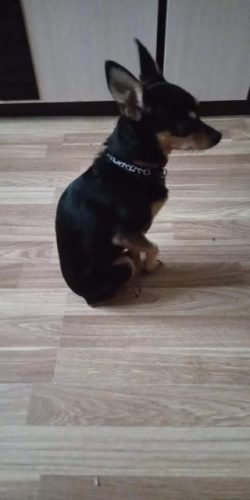 When we took the dog away, it immediately became clear that he had a serious lack of weight. Even for such small breeds, 1.5 kg is very small. The dog immediately had problems with food. He couldn’t eat solid food or even keep his tongue in his mouth. It was noticeable that the dog was already an old dog. 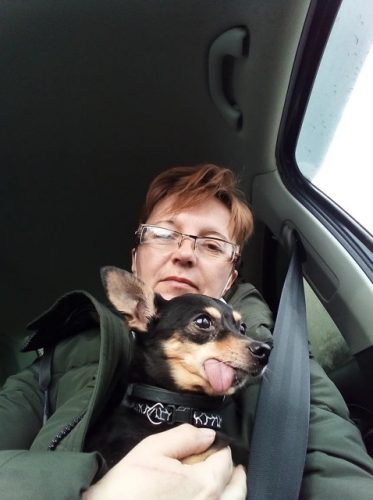 The vet’s examination and tests showed that the situation was difficult: the dog’s lower jaw was removed, there were almost no teeth, but there were a lot of fistulas in the mouth. The dog also had liver problems. After removing the diseased teeth and prescribing a dozen medications, the doctor sent us to treat the dog. 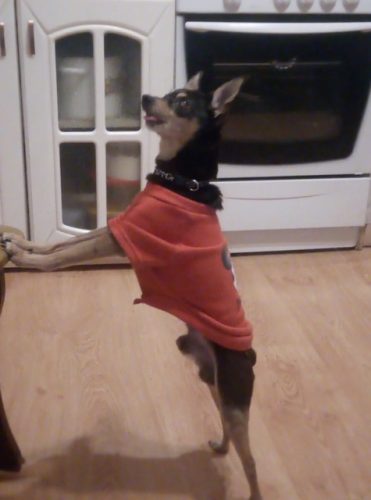 We named the dog Nikisha. It took us a while to get used to his very difficult character. Nikisha likes to dress up. But he does not categorically allow taking things off, making a scandal every time and defending his right to be dressed to the last. 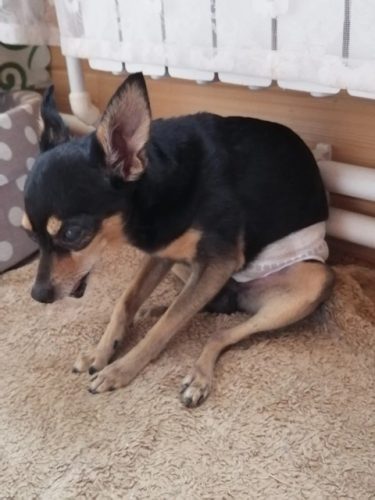 Over time, other health problems also appeared. At some point, Nikisha had back pain. They were so strong that he couldn’t even stand up.

He had to undergo another course of treatment. And the doggie is used to even going to bed dressed. 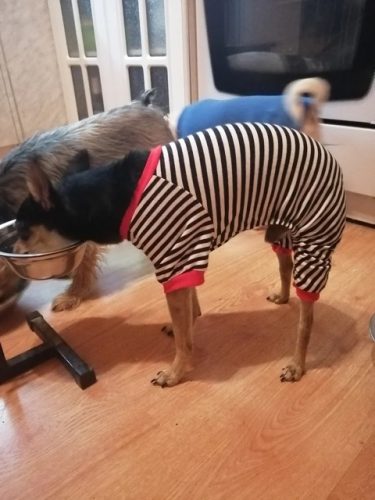 Our initial plan was to find a new family for Nikisha. But he needs constant treatment and special care. Therefore, we were afraid to entrust it to anyone. So Nikisha stayed with us. 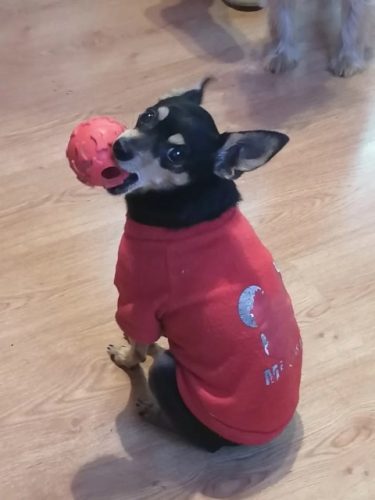 The treatment eased his condition and allowed the dog to eat normally. Solid food does not suit him, but he eats porridge and meat with pleasure.l

Nikisha gained weight up to 4 kg and now hardly fits into his beloved blouses. 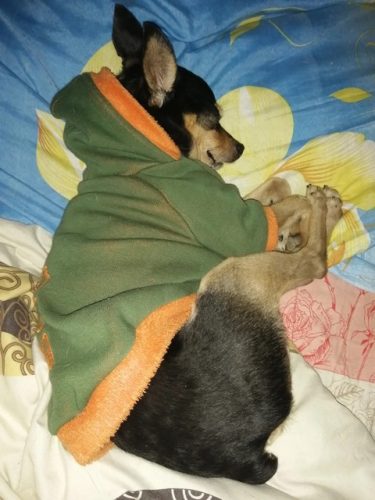 Despite his advanced age, Nikisha loves to play.And he also loves warmth and sleeps only under the blanket, with his whole body pressed against me. The doggie did not like to undress and, as before. He’s fighting desperately to stay in the blouse.