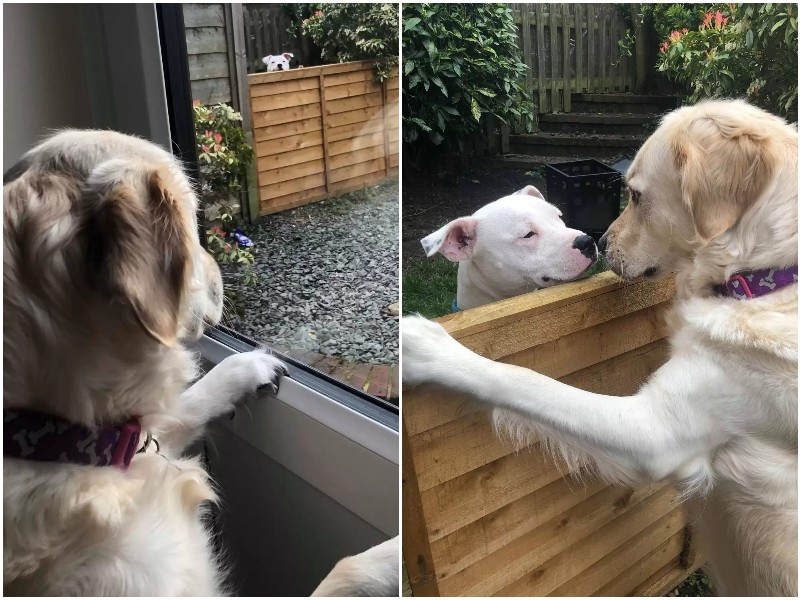 A female retriever named Lola moved with the owner to a new house, where they were met by a neighbor’s dog. That’s how this sweet story began..

Not so long ago, a British woman named Amber Monte moved into a new house with her beloved dog, a golden retriever named Lola. The new owners of the house were immediately met by a neighbor’s dog, who was interested in a new dog neighbor. 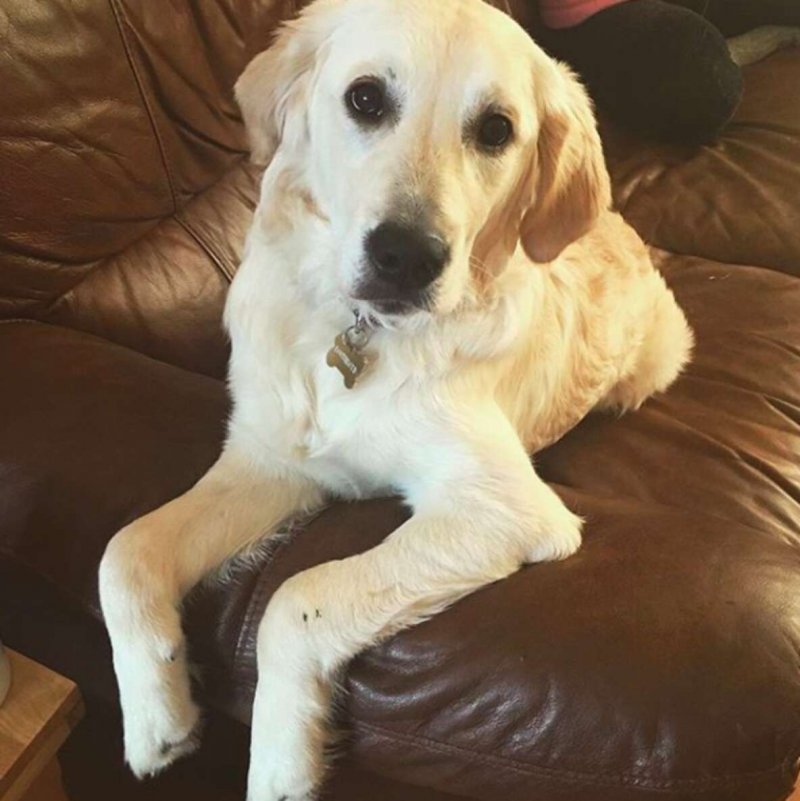 The neighbor’s Staffordshire Terrier named Loki and Lola immediately became friends. Despite the fact that they were separated by a wooden fence, the couple still instantly found a common language. They always jumped on the fence, leaning on their paws, peeking out and beckoning to each other. 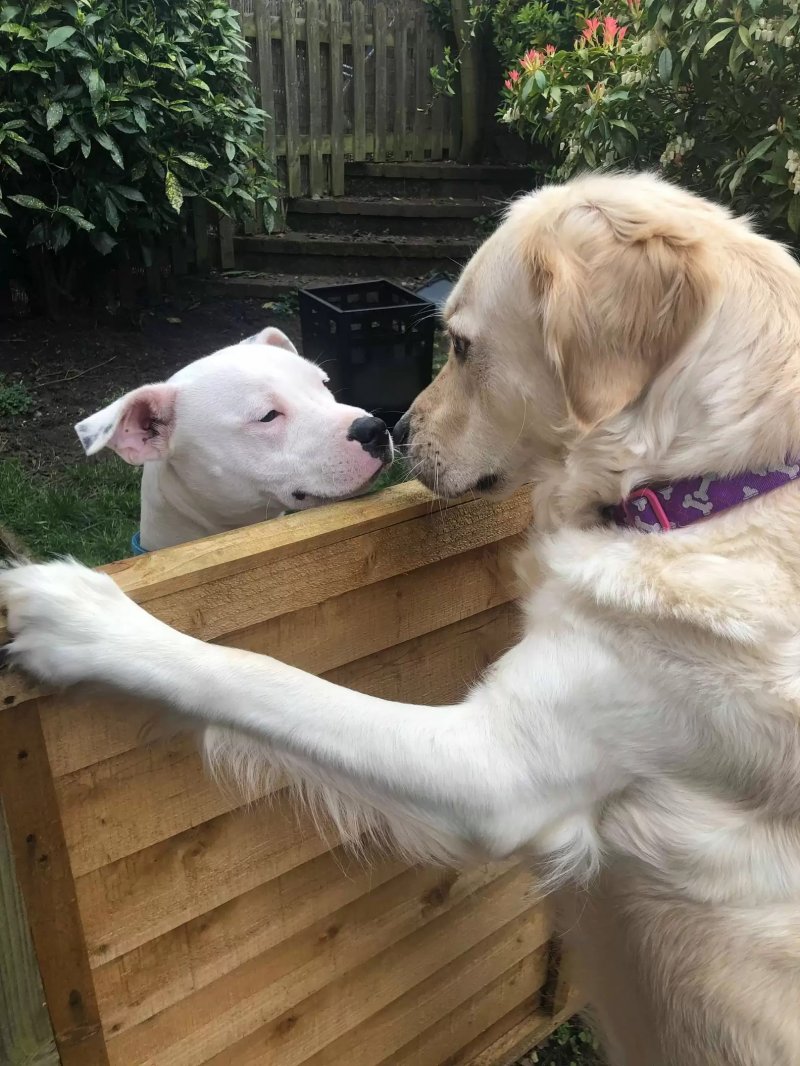 At first, the owners thought that the dogs were just friends. But then Lola’s owner began to notice changes in the dog’s behavior. Lola was constantly whining, looking towards Loki’s house. She often asked to be let out into the yard. It was clear that she had become attached to Loki, and missed him very much. 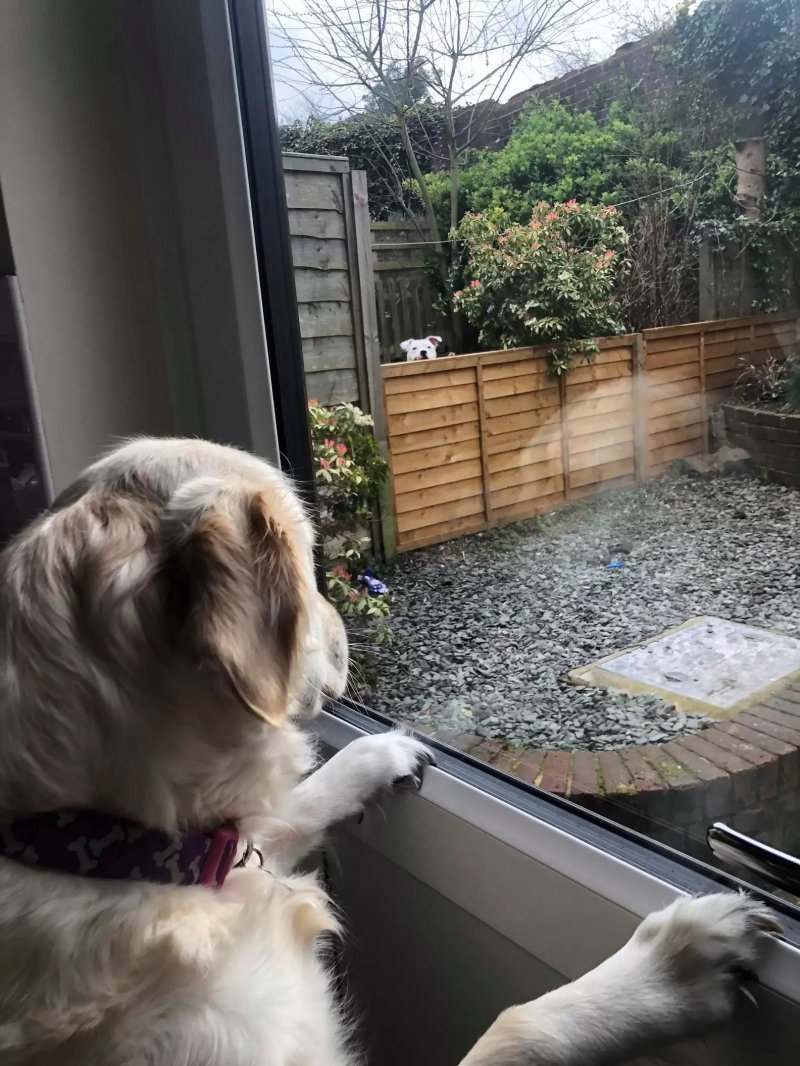 The first thing Lola did in the morning was to run to the fence to check if Loki was there and say hello to him. Or vice versa, Loki did it. Since then, the owners began to go on joint walks, which the dogs were immensely happy about. They love spending time together! 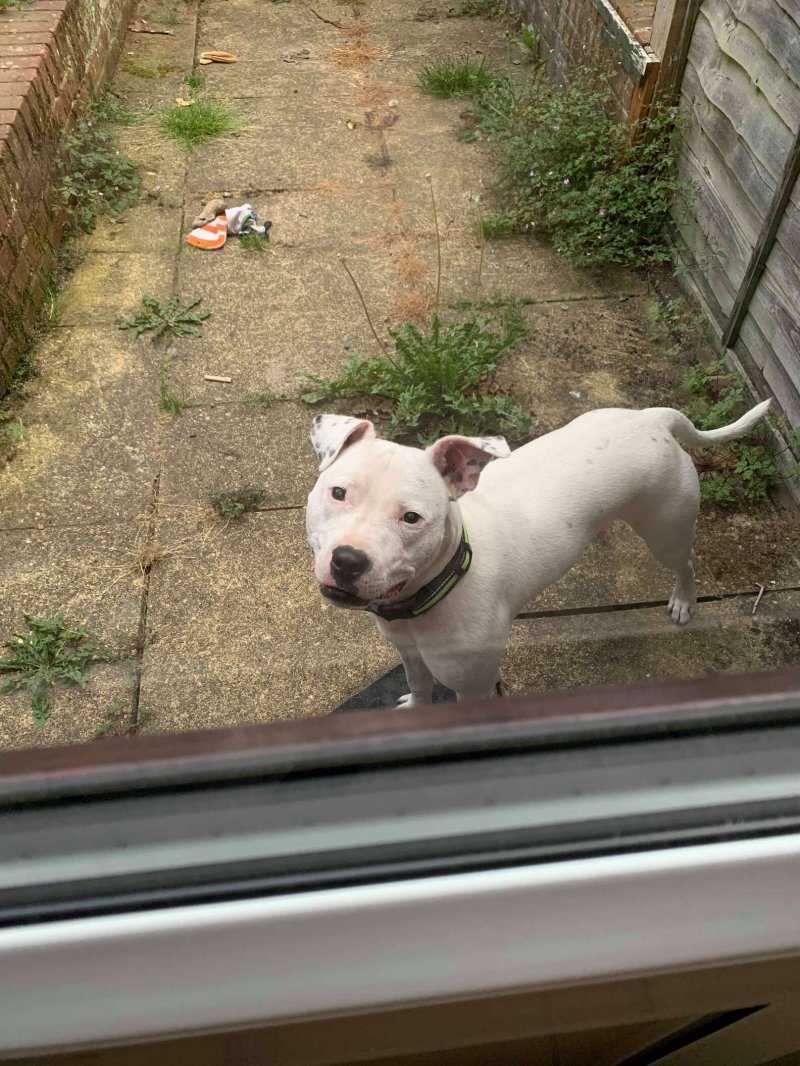 “They are always so happy when they play together. They jump, run, kiss a lot- and are just inseparable!” – says the owner of Lola.

Looking at this couple, you begin to believe that true love is not afraid of any obstacles – even in the form of a fence!