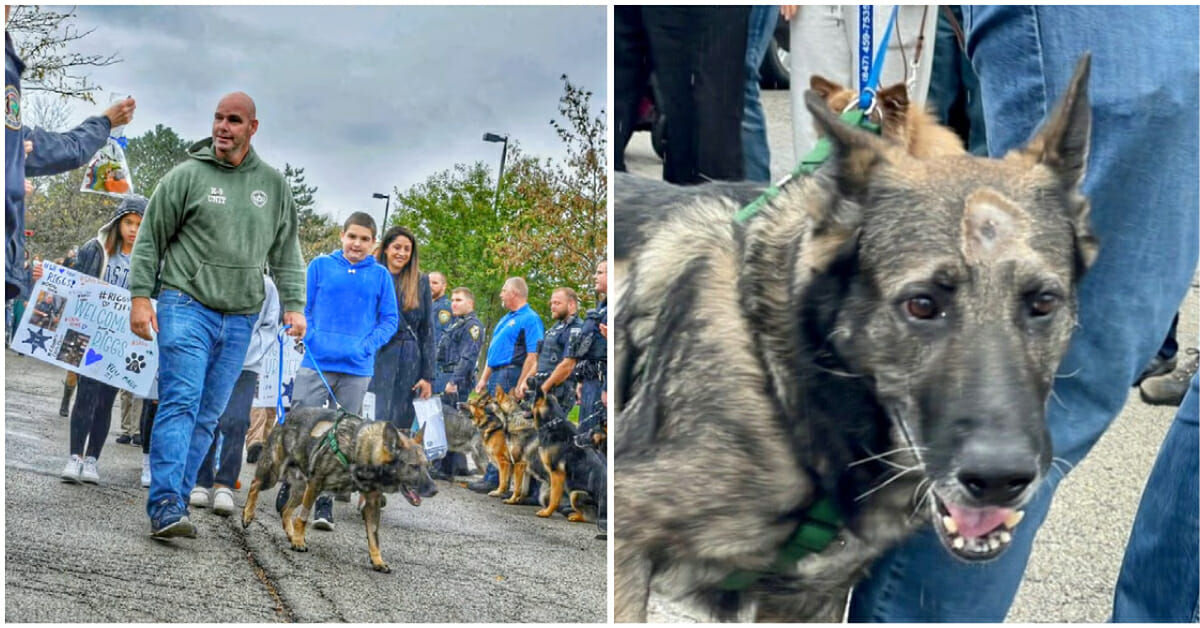 Dog Riggs serves in the K-9 division of the police. He once participated in the pursuit of a man who is believed to have killed two people in Chicago. 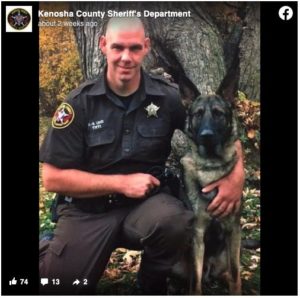 During the arrest, the dog received a gunshot wound to the head. He was taken to a veterinary clinic. Deputy Terry Tift says he was very worried about Riggs.

«He’s a family member, he’s always been one. He did his job and saved my life.» 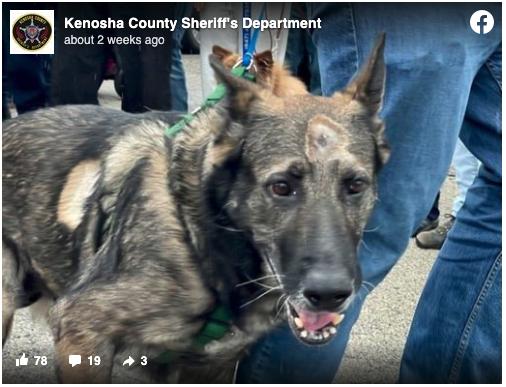 Sheriff David G. Beth said that the dog grabbed the suspect and did not let him run out onto the highway.

«He could have tried to steal a car, and that would have complicated the situation,» he added.

Riggs survived, and after being discharged from the hospital, police officers and local residents came to greet him. Watch the video.

LIFE STORIES 0 54 views
The tourists had chosen a quiet place near the river to fish. They managed

ANIMALS 0 55 views
The story happened in the winter. A car stopped outside the medical center, the

ANIMALS 0 56 views
Mason disappeared after hearing an explosion in the middle of a forest fire. His

ANIMALS 0 55 views
Amid the scorching heat, everyone looks for a bottle of water, especially when out

ANIMALS 0 58 views
A young cat lived on the streets of a city. Although the cat was

A blind homeless dog cuddles a puppy that was thrown out of a car
A dog named Sema could not see. Since birth, Sema and his mother had
ANIMALS 0 112

Delightful moment: police officer stops in the middle of work to get a thirsty monkey drunk
Amid the scorching heat, everyone looks for a bottle of water, especially when out
ANIMALS 0 55

«Sleeping Beauty»: A red-haired street cat made famous by his 20-hour nap
Six years ago Jay found a little kitten in the street. The animal was
ANIMALS 0 91