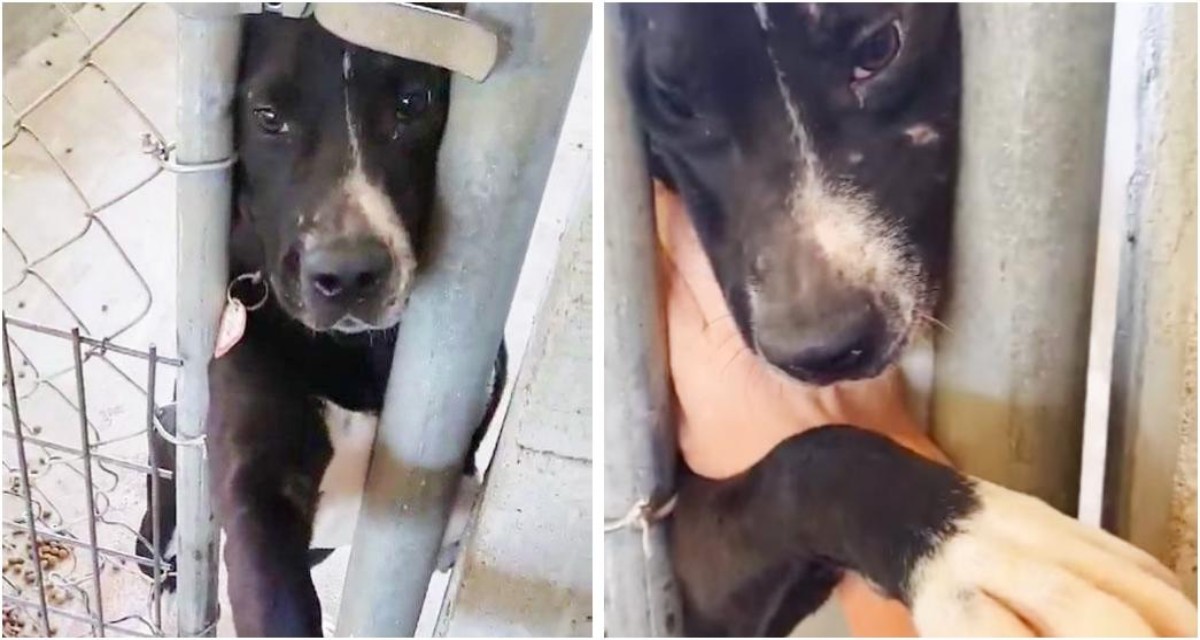 Of course, shelters for our younger brothers are a good thing. Many thanks to the people who create them. But it often happens that the living conditions of animals are not the best. And the pets who stay there do not know love and affection.

Today’s article was dedicated to a dog who really wanted to find an owner and feel human attention and care.

Many animals are resigned, silently waiting for their happy day when they will be taken to a new home. And there are those who are trying their best to attract people’s attention. Thus, the chances of finding a new owner increase.

Ray is just the kind of dog who has done everything possible for his happiness. He lived in the shelter for more than a year. During this time, he did not miss a single visitor. He held out his paw to everyone. 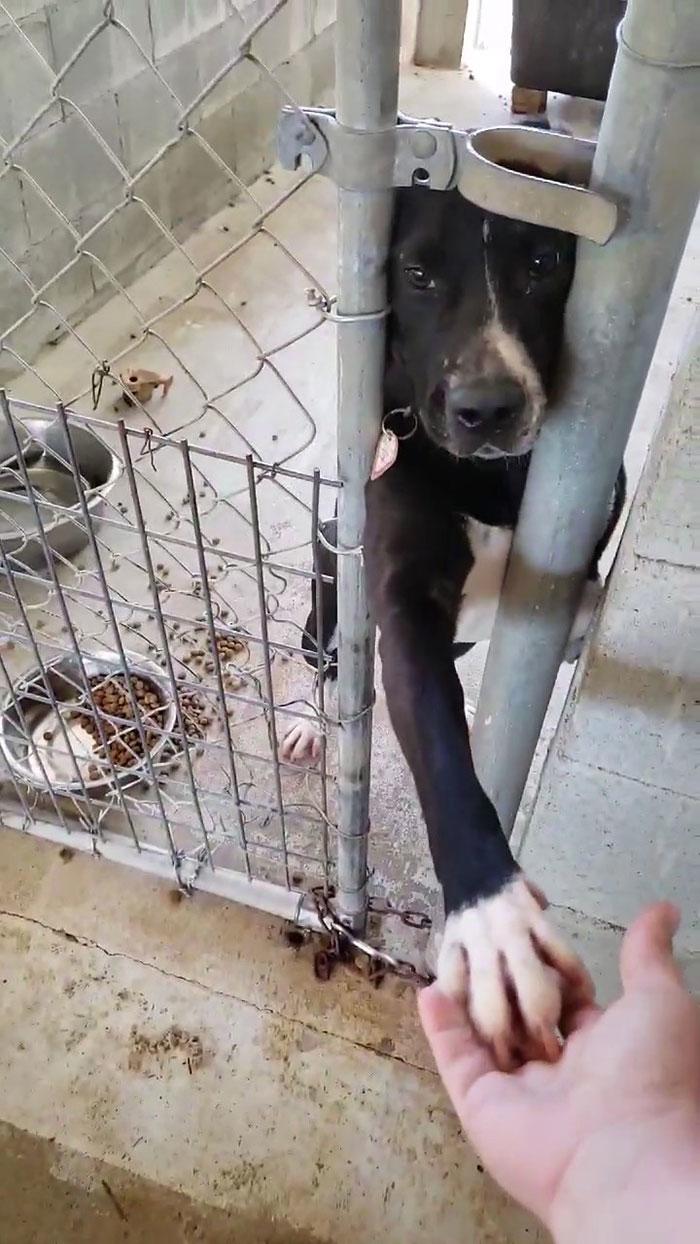 He ended up in the shelter because of the cruelty of a man who starved him, and then just threw him out into the street. But despite everything, Ray has not lost trust in people. He tried his best to reach out to any visitor, as he was in great need of touch, care and affection. After all, people always reached out to him in response and stroked him. 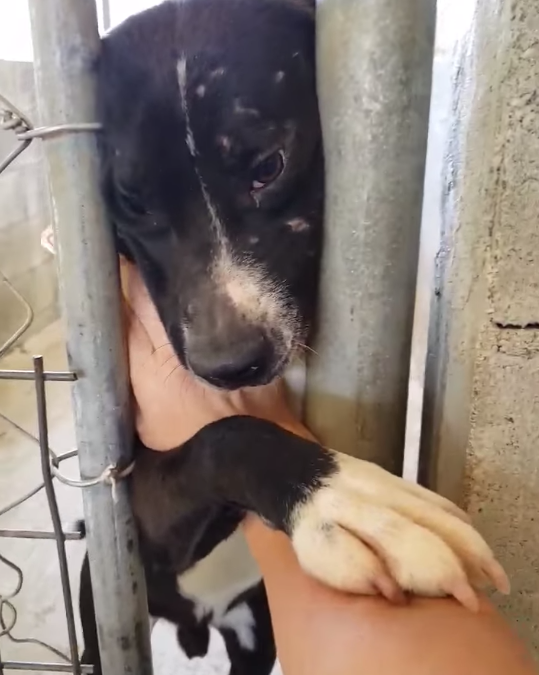 And fate rewarded Ray for his perseverance. A man named Jerome walked past the dog’s enclosure. The dog, as usual, stretched out his paw to him and looked with his bottomless eyes into the eyes of a man. Jerome realized that he wouldn’t go home without Ray. 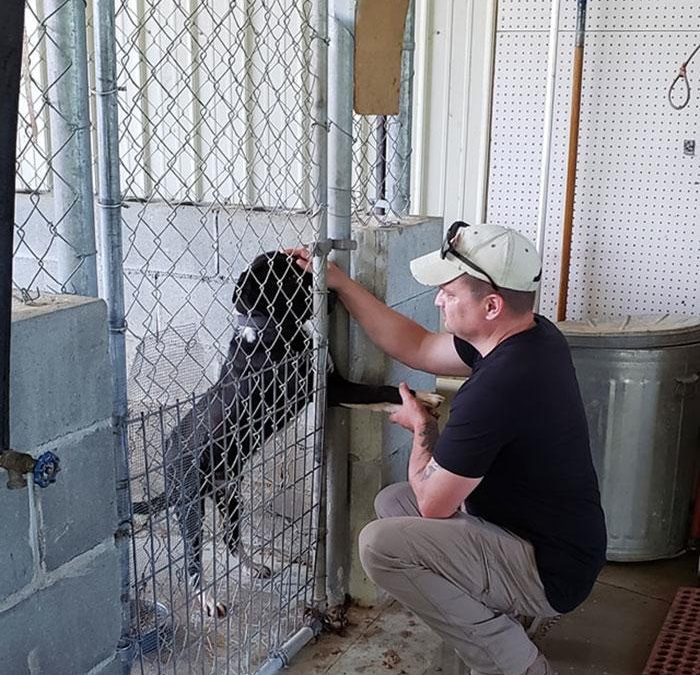 Now they are the best friends, and the dog is a real family member. The man says that he still does not understand how it was possible to pass by this dog at all? 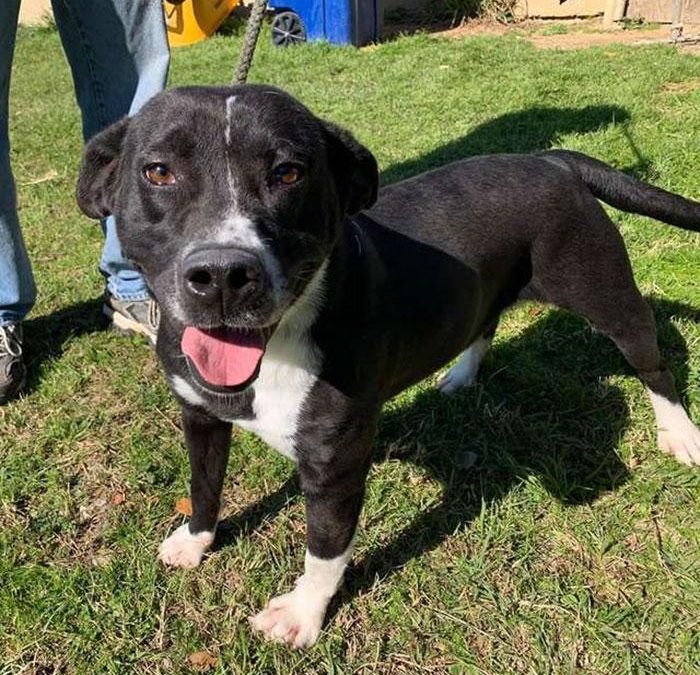