Javier Mercado, 16, a resident of Des Moines, Washington, told reporters in an interview that if it were not for his heroic dog Rex, he would not be standing around talking to them right now because he would have been shot.

Rex, a 2-year-old German Shepherd dog, recently showed the world that a dog is not only man’s best friend, but also a loyal protector.

When armed burglars broke into Mercado’s apartment, Rex bravely blocked their way and held firm, even though the burglars shot him several times with their guns. 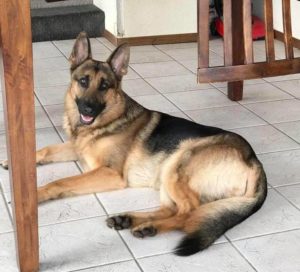 Mercado was home alone with his dog at the time of the attack. He suddenly heard the sound of breaking glass and then saw strangers holding firearms. The frightened Mercado rushed to his room and locked himself in a closet before calling the police.

Brave Rex, meanwhile, kept the burglars out of his way, holding his defenses in the hallway. He barked loudly and then lunged at the burglars and began biting them.

“I heard barking,” Javier Mercado says, “and then one of them yelled that the dog had bitten him.”

The teenager finds it hard to talk about what happened, he still worries, and when he talks about Rex, tears come to his eyes. 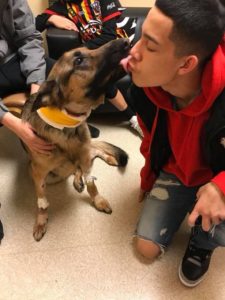 Despite four gunshot wounds, Rex did not give up and continued the attack and the robbers could not stand it and fled from the apartment. By then, police cars with sirens had just arrived.

After the robbers had fled, the wounded dog, leaving bloody footprints on the floor, crawled to the closet where Xavier was hiding. He wanted to make sure his master was okay. 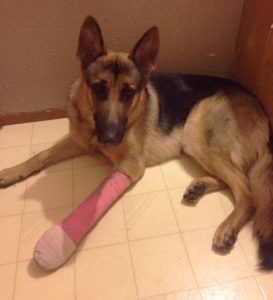 Rex’s story recently appeared on GoFundMe, a website that collects charitable donations. About $10,000 was needed to treat Rex’s wounds. But in one day alone, they managed to raise more than 30,000 and almost 60,000 in three days. People were amazed at the courage and tenacity of the dog defending its owner. 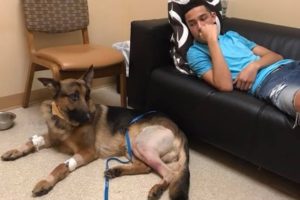 Rex was given to Xavier two years ago for his birthday. According to the teenager, the dog was always brave and tried to protect his family. 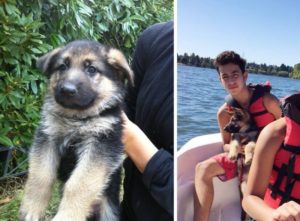 Rex is now undergoing treatment. He is making a good recovery. A Facebook page was created in his honor and anyone can visit it and check on his treatment.

Rex is wearing a protective collar in the last posted pictures. It is necessary to keep the dog from disturbing the stitches. 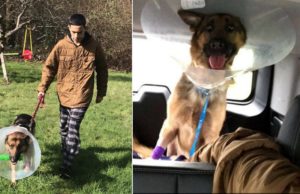