I went to the trap to take pictures of the dogs. I use the photos in my posts when I try to find a family or a handler for the homeless dogs. Visiting a foster home always brings up a lot of emotions for me, which is hard to control.

As soon as I walked in, I was surrounded by a friendly atmosphere. The animals were trying to get my attention, because that was the only way they could expect to get a little affection from a human. The smaller dogs tried to stick their noses and paws through the mesh of the enclosure. Even those who had not communicated with dogs before would immediately realize that they really wanted to get at least some attention and human warmth. 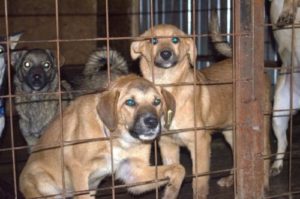 The babies understand that if people don’t help them, they will have to go back to live on the streets. The dogs are only kept in captivity for 10 days; if they fail to find owners during that time, they return to the streets and have to continue to take care of themselves on their own. Every person who comes here is a hope for a better life for these animals. 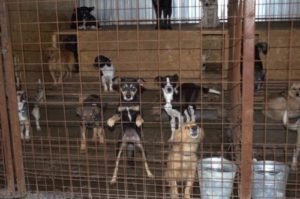 This little one also moved closer to the enclosure fence. The doggie did not run, she walked slowly, almost without leaning on her front paw, which was not working. The dog immediately rested his sore paw on the bars and looked sadly into the lens of my camera, as if trying to tell me that he really needed help.

According to the trappers, this dog will be back on the street in a couple of days. I could not understand why fate and people were so cruel to this animal. Unfortunately, we don’t have a shelter that can take care of this little girl. 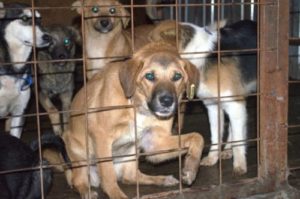 Stray dogs have to rely only on their own strength, people prefer not to notice them or, worse, to chase them away and hurt them. How can we be so cruel to living creatures who need little more than water, food, warmth, and a dash of affection?