A simple hug can mean so much. For Thoreau, it is an expression of the immense love and gratitude he feels after being rescued from the hell in which he lived.

The abused puppy was found chained to a fence in front of an abandoned building, and his rescuers believe he may well have spent his entire life on the streets. Fortunately, Thoreau is safe now, and he wants the world to know how grateful he is. 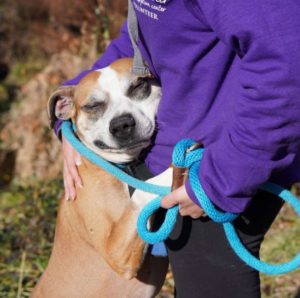 When Thoreau first came to the shelter, he was very scared and nervous. Having spent most of his life alone, neglected and devoid of kindness, the puppy wasn’t sure what to expect from his new surroundings. But while he was shy and cautious, it was also clear that he was a very kind, soft-hearted puppy who just wanted to be a good boy.

Since arriving at the shelter, he has been slowly trying to break out of it, and although he is still anxious and depressed at times, he has come a long way. 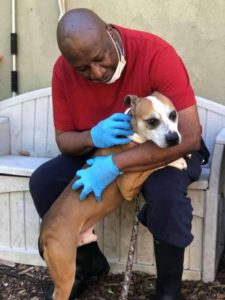 Despite struggling with his own insecurities, Thoreau does his best to let his rescuers know how much he loves and appreciates them. They have treated him with such care and kindness, and his little heart is filled with such love for them that he just has to let it out. 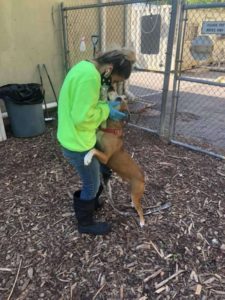 And so, he started giving hugs to everyone he meets at the shelter.

It all started one day when he was running around in the shelter playground. He was having such a good time frolicking in the fresh air when he suddenly turned around and ran back to staff member Melissa Fogarty, who was keeping him company. He climbed into her lap and pressed himself against her chest, dissolving into the most beautiful, loving embrace in the world. Fogarty was surprised and deeply touched by Thoreau’s sweet and heartfelt gesture. 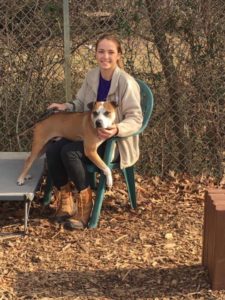 After that first hug, the hugs just kept on coming. Now Thoreau keeps giving out hugs and melting the hearts of everyone present. Obviously, Thoreau just wants to make sure everyone knows how grateful he is to be free of his sad and unhappy past and to be blessed with all the love and care he has always dreamed of. 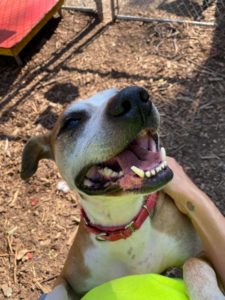