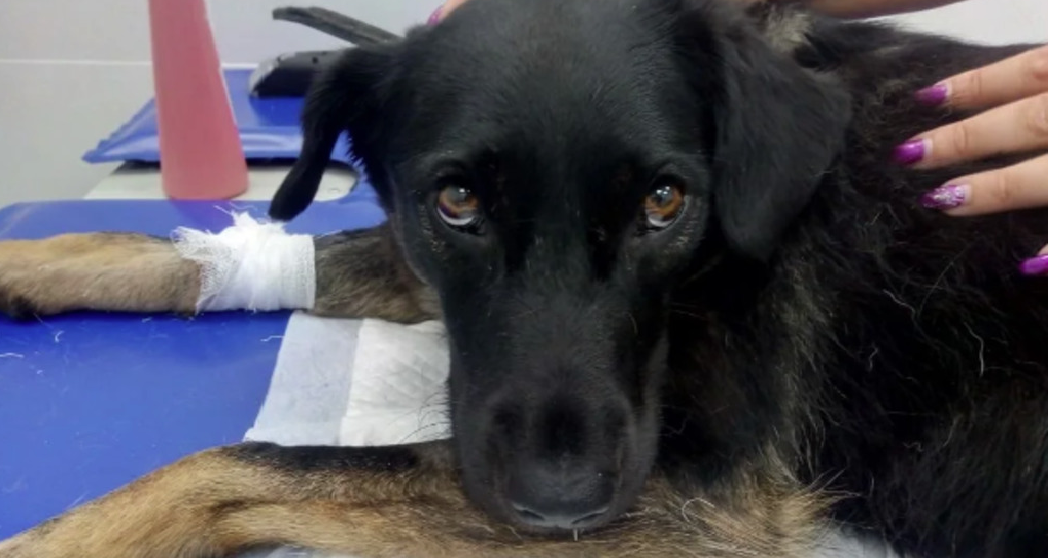 — Will she survive? — the woman asked the doctor.

— Yes. But it will live only two hours.

After saying that, the dog looked at the people. Tears appeared in her eyes. She was spending her last strength to make people see that she wanted to live.

Until then, the life of a dog named Gypsy had not been sweet. As a puppy she was left alone at the market. She stood outside the stores, and people walked by and didn’t even pay attention to her. The little girl didn’t understand what she had to do.

But at the end of the day she was seen by a saleswoman at one of the stores. She fed her and took her under her wing. Unfortunately, the woman couldn’t take the doggie home, but every day she took care of her and brought her food. 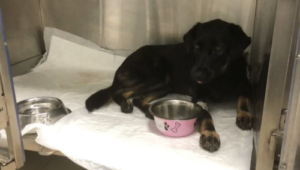 There were attempts to give her to a new family, but it was unsuccessful. That is why Gypsy spent her whole life in the market, where she learned all about human nature. Many people insulted her, called her names, kicked her, but she was very kind, so she silently accepted all the negativity. Of course, in winter she had nowhere to go. She was freezing on the street, curled up in a ball with her friend, who was just as miserable.

Natasha, the saleswoman, took responsibility for the dogs. And then disaster struck. Gypsy’s girlfriend was gone. And Natalia found Gypsy barely alive. She called me right away to ask for help. I sent them to the clinic. The doctor said that she wouldn’t live long, two hours at the most. But we refused to believe it, so we continued to fight for her life. And the dog herself did not want to give up and tried with all her might to do everything that depended on it. 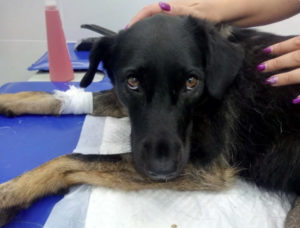 Donors were found for her to stop her death. The doctors couldn’t figure out what was wrong, because her symptoms were unclear. Several times I decided to take her to a clinic in Moscow for tests. But doctors said, that she couldn’t be transported and we couldn’t take her to Moscow. Her condition was very bad. But after some stabilization, we went to the planned place. Of course, her condition was far from normal; she could not stand up and ate very little.

At the new clinic she was welcomed as a family member. The doctors immediately gathered for a meeting about Gypsy’s condition. And here they could not figure out the cause for a long time. But they managed to figure out what was wrong with her. 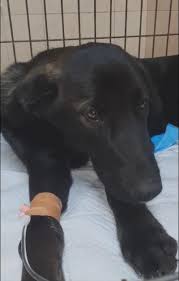 All the medical staff treated the dog with understanding and regret. Gypsy did not expect anything good from people, because life had already taught her a lot, but she behaved modestly and showed patience. She has a fine character, but she shook very much, because she was afraid not to make unnecessary movements, so as not to disturb anyone.

After a while, Gypsy began to trust Olga, the clinic’s handler. She often visited all the animals and our heroine with various goodies. She also thanked her rescuers in white coats, who did a great job of saving and bringing Gypsy back to life. 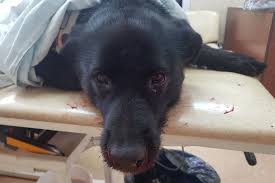 The treatment is still going on, but she is feeling better every day. Of course, she is not very active yet, but she already walks on a leash. The clinic manager put Gypsy in his office so that she could socialize with people more often and not get bored.