The dog was in a terrible state when it was discovered by concerned passers-by. Hundreds of residents every day passed by an animal that was dying. But no one wanted to help her. It was noticeable that the dog has been on the street for a long time, she suffers from frost, hunger and needs treatment.

Next to the dog, in which there was barely a glimmer of life, lay her puppies. The kids have already “gone to the rainbow”…

People who could not get past an animal with cancer met on the way of a dog too late. Passers-by decided to help.They called the volunteers. 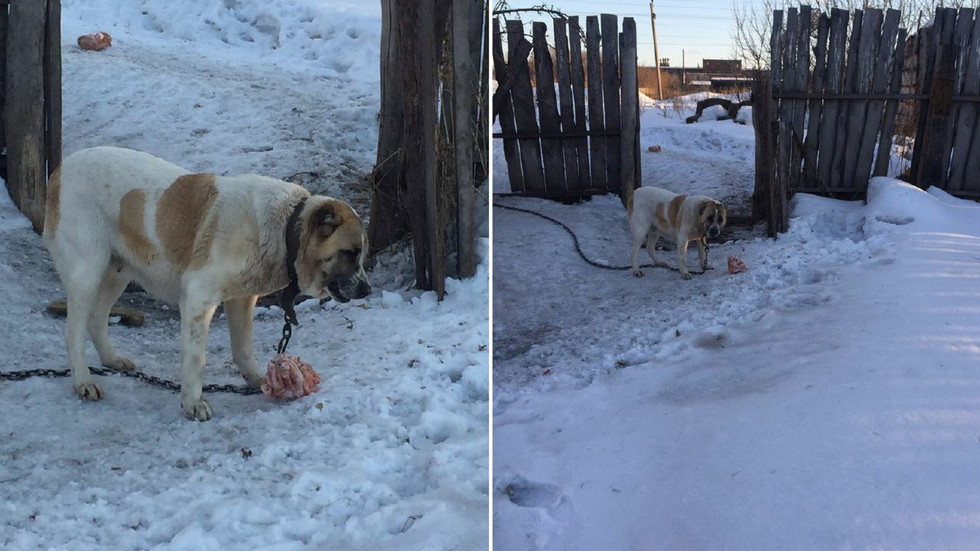 The dog was taken to a shelter. At first glance, it became clear that she urgently needed chemotherapy.

Later it was found out that this dog, the Alabai breed, was left on the street by the owners in the middle of winter. People came to feed the animal, but too rarely, sometimes once a week, and sometimes they did not appear for several weeks in a row.

Veterinarians found that the dog produced offspring several times. Her last puppies were unlucky. They were born in the cold and could not survive the severe cold.

Spring has only worsened the dog’s condition. She had to drink water from puddles left after the melted snow.

An unpleasant odor caused by a tumor emanated from the animal. The tests showed that the animal has sarcoma. 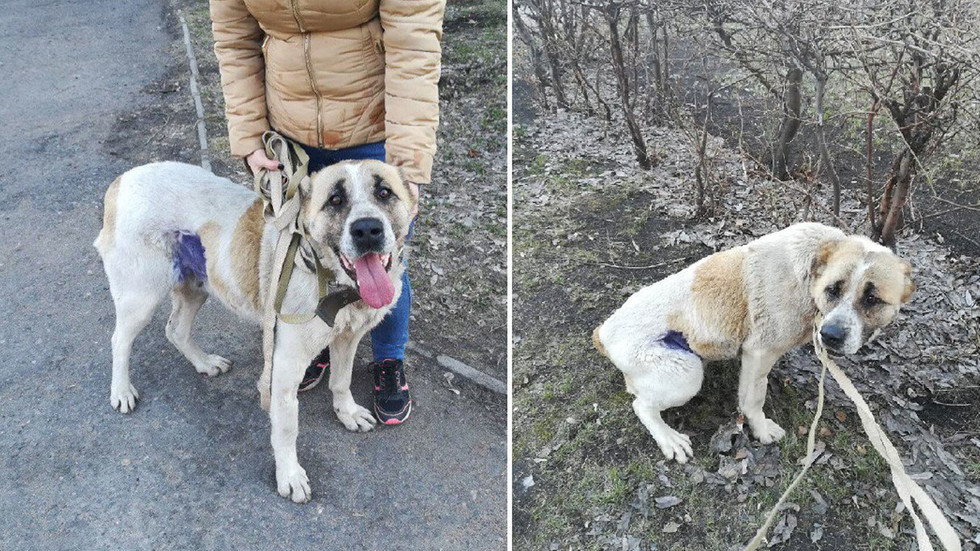 The dog was taken from the yard of negligent owners and taken to a shelter. Here she was given a new name – Dina.

Dina was sterilized and prescribed treatment. She will also have to undergo chemotherapy.

To everyone’s surprise, despite all the hardships, Dina has not lost her optimism. Food, water and her own place to sleep, even in a shared cage, make Dina’s eyes glow with happiness.

Dina turned out to be a very well-mannered and kind dog. When her treatment is over, volunteers will start looking for a home for her. I want to believe that all the disasters in the life of this dog have been left behind, and in the future a good home and a loving family are waiting for her.