For animals surviving on city streets, every day is the same as the day before, and the New Year’s holidays are no exception. Every day animals are looking for a place to keep warm and to save themselves from hunger. Sometimes they meet people who give them a bone or a piece of bread. After grabbing the treats, they immediately run to the pipes that carry hot water to the houses to get at least a little warmth. The next day everything repeats.

Every day is fraught with risks, because larger and more aggressive dogs can take the hard-earned food, chase them away from a warm place. People are also not always kind or at least indifferent, often they tend to hurt the weak. 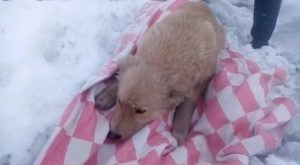 In this story, as in many others, the fault lies with man. The dog was lucky, he managed to get some food at the market and carried it to his hiding place. The dog ran on the crosswalk, but it did not help him, because the driver decided that it was not worth stopping for the sake of the animal. The dog fell under the wheels, his lunch flew one way and the dog flew the other and landed in a snowdrift. 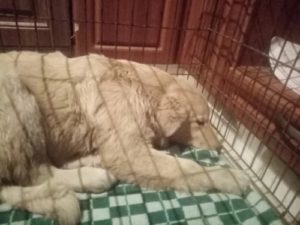 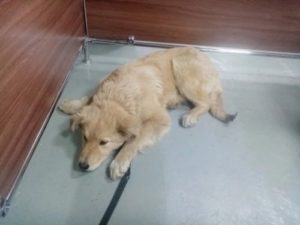 Dogs have learned to cross the road at crosswalks, on the green light, but people have not yet learned their own rules, because they violate them at the cost of someone else’s life, not their own. 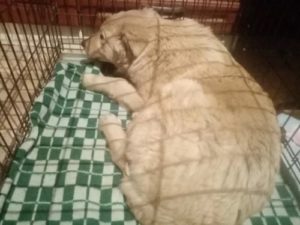 The dog could lie in a snowdrift for a long time without the strength to get up, but he was lucky, a caring woman passed by. A lot of people passed by, but only she stopped and decided to help. The woman found our number and reported what had happened.