This dog’s name is Neno. His owner, whom he loved so much, brought him to a shelter, to an unfamiliar environment and left him here alone. Among other things, Neno was also ill. He felt terrible. Therefore, all he could do was whine plaintively and show with his whole appearance how sad he was. 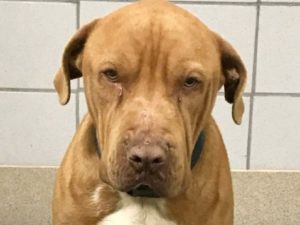 Paige King, seeing how the dog is suffering, filmed it on video to show everyone how strong the animal’s feelings can be. The activist posted the recorded video on social networks. In the video, you can even see tears in the poor animal. 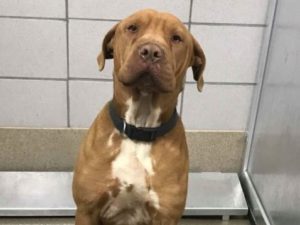 The video that Paige King posted was seen by Laura Rogers. She went to the shelter to take the dog for herself. The veterinarian diagnosed Neno with a lot of problems, ranging from ticks to thyroid disease. The woman began to actively treat the dog, and after a few months the dog felt better! 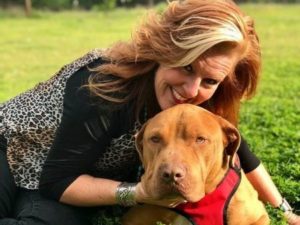 Neno turned out to be a very smart, intelligent, affectionate and gentle dog who just loves to play! Laura Rogers even started a social media page for the baby, where she allegedly writes humorous posts full of joy and love for life on his behalf. Now Neno is very happy. He grew up, matured and became much stronger.