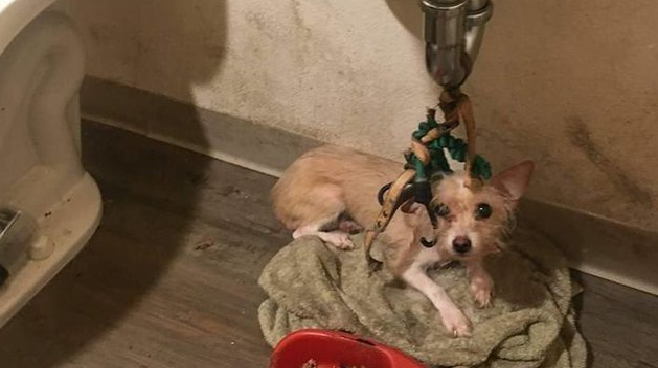 One day the family was evicted from the room they rented. The house manager soon noticed something strange. Soon, passing by their apartment, he began to hear squeaks and piteous moans.

When the manager went to check, he found a dog in the bathroom. The poor guy was tied to the sink.

There were dishes with cereal next to the baby. The poor animal tried with all her might to free herself from captivity. The leash twisted the dog so tight that it could hardly move. 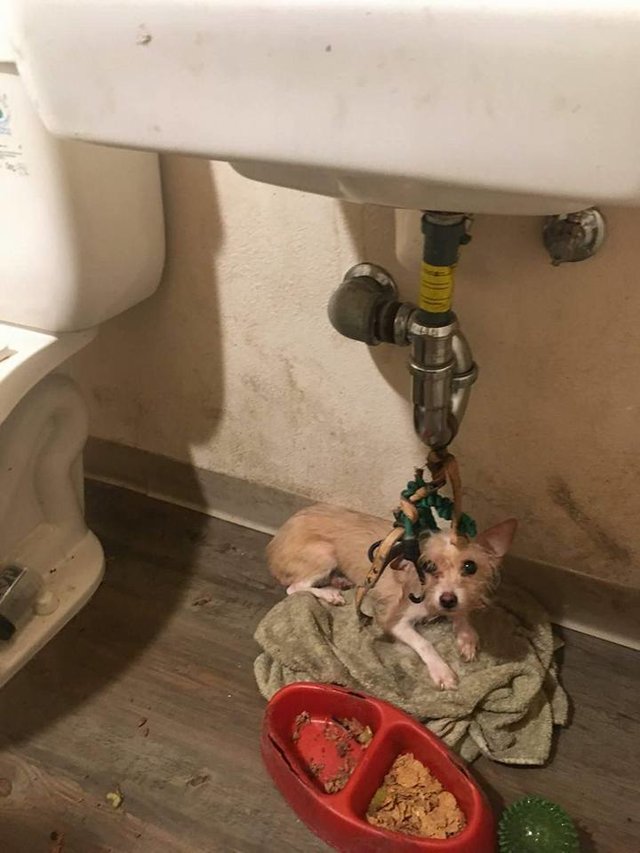 Why the owners decided to do this with their pet is not clear. The reason for such an act could not be found out. It is only known that the dog spent a week in such an unenviable position: tied to a pipe, without water and normal food.

The dog ate only half of the cereal from the dishes. He couldn’t reach the rest of it because of the twisted leash. The poor dog was found to be dehydrated and severely malnourished. 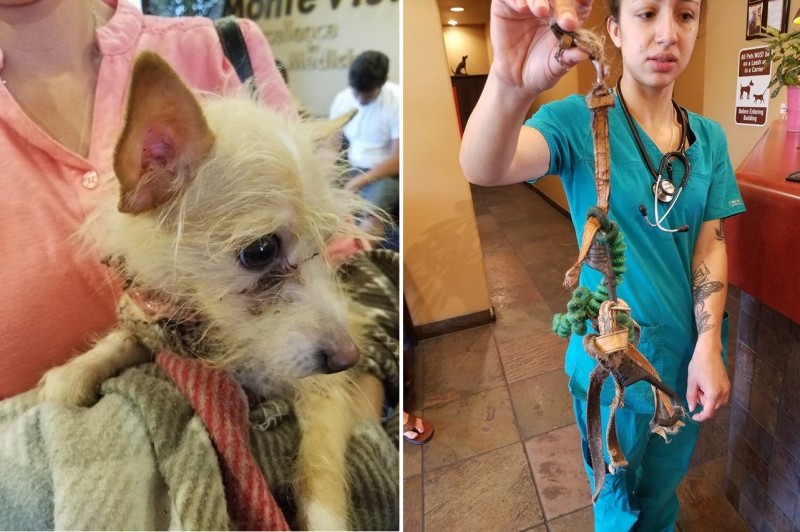 The man freed the dog. He found traces of severe injuries on the dog’s neck, received when trying to get rid of the leash. The manager of the house made a post on the social network about the poor dog. He asked caring people to take care of the dog. Members of the organization «Kate’s Rescue for Animals» responded to his request. 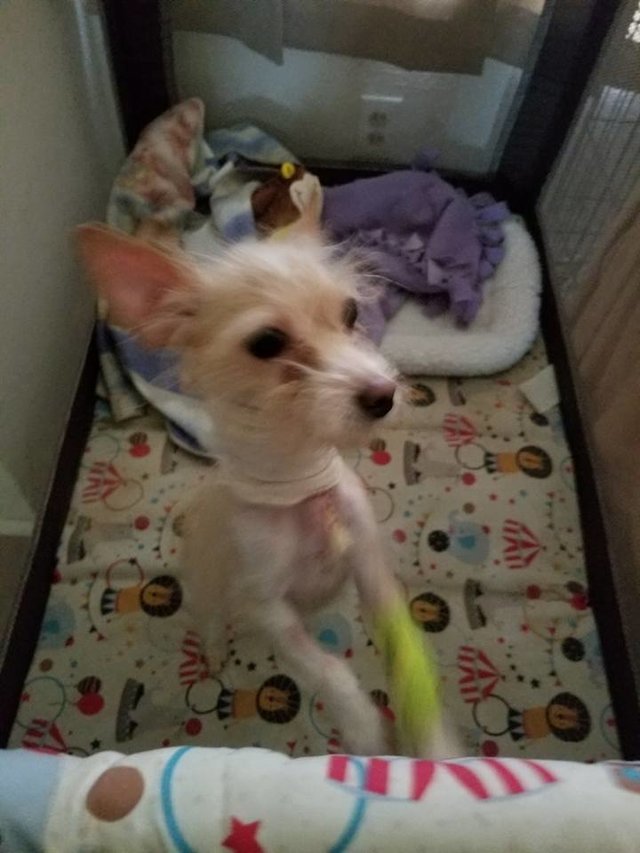 Employees of the organization took the dog to a veterinary clinic. There he underwent surgery on his neck. There was an open wound on it. In addition, the doctor said that the dog had been tied up for more than a week. This means that he was kept on a leash even when the owners had not yet moved out. 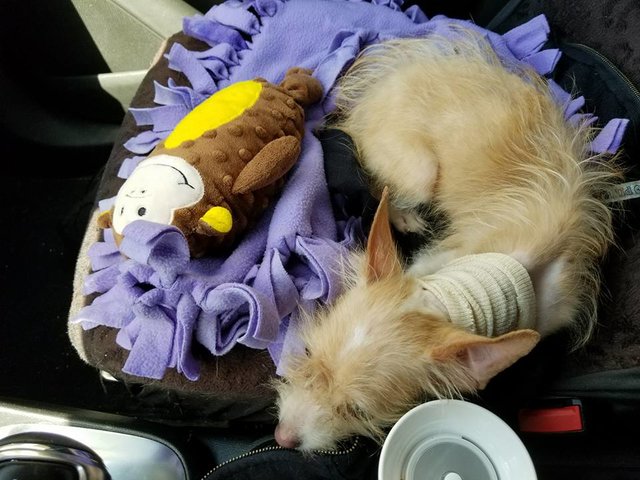 Despite all the suffering he had to go through, the dog was very kind and gentle. He was drawn to people and wanted to get at least a little human attention and warmth. The dog really likes to be stroked on the head. 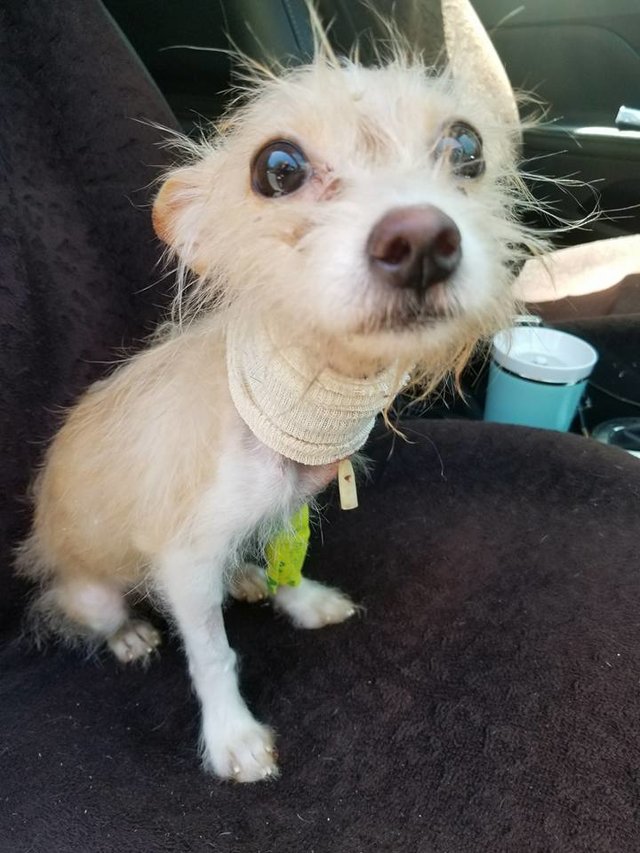 The baby was given the nickname Autumn. Now he is in the house of a volunteer on overexposure. He is described as a kind and affectionate dog who loves to play with people and his plush toys.