The dog’s owner lost her home because she was fired from her job and couldn’t pay her rent. The girl had no money even to feed herself properly. In spite of this, the first thing she did was always feed her pet. She tried to find a job, but she had no one to leave her dog with. Sometimes her friends helped her. But it couldn’t go on like this forever. Then one of her friends advised her to give the animal to the shelter for a while until she could find a job and an apartment. At the shelter, the dog will be fed and cared for.

The owner found the separation with her pet very hard, but she was sure that as soon as she would find a job, she would take the dog. But alas, it took the girl three months to find a place to live and a job. But when she had done all that, she immediately came to the shelter for her beloved dog. 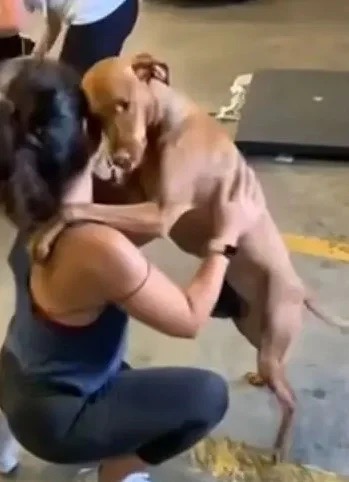 The animal recognized its owner from afar. The dog started howling and whimpering. The girl could not stand it either and cried, falling to her knees in front of the enclosure. As soon as the enclosure was opened, the doggy immediately rushed to hug his owner. They hugged each other for a long time. The shelter staff filmed this touching moment. The owner told her doggie:

– I’m taking you in, because I have a home and a job now! 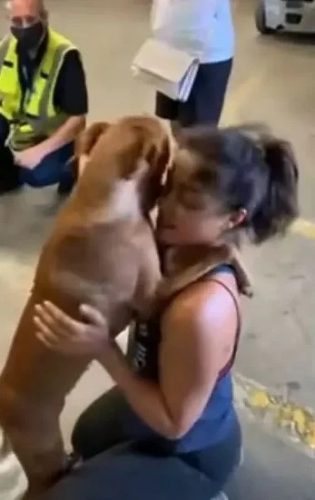 The dog wagged his tail and whimpered with happiness that he finally met his owner. All the employees were happy to meet her.