This story illustrates that the affection animals have for each other can be no less than their love for humans. Marley, a German Shepherd, was seriously injured. She could not move. So she just lay helplessly on the side of the highway. All the while, Murphy the dog sat beside her, guarding his friend as he waited for help. 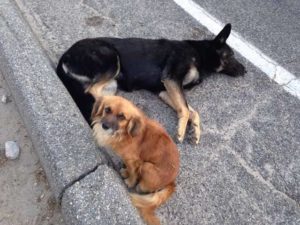 The dogs had been on the side of the road for several hours. Cars drove by. Drivers saw that the sheepdog needed help. But none of them ever stopped. It wasn’t until several hours later that Marley and Murphy got lucky and a car stopped next to them.

The man immediately called for rescuers. Volunteers who arrived on the scene assessed the sheepdog’s condition as serious:

“Marley was having trouble breathing. We were not sure if we could get her to a vet”. 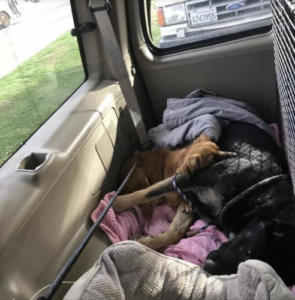 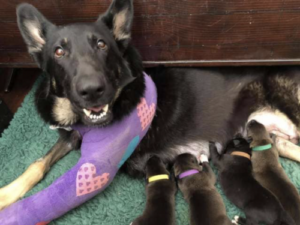 At the vet’s office, Marley was examined and x-rayed. In addition to the broken ribs, the X-ray showed that the sheepdog was about to have 11 babies. The puppies were born a few days later. They were all healthy. Murphy proved to be a wonderful babysitter. He didn’t leave mom and her babies even for a minute. 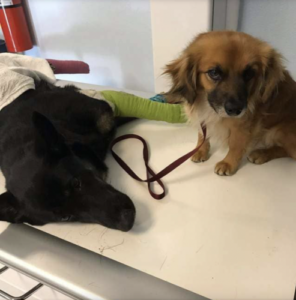 Very soon new owners were found for the dogs, and Marley and the babies went to their new home. And then the new owners took Murphy with them.