What happens when your dog’s favorite toy becomes so tatty that it’s time to throw away. But then you pay a visit to the shop where you purchased it from. And it turns out they don’t sell them anymore?

Well, that was exactly the case for a dog in this next story. But the store pulled out all the stops to make sure that he would always have enough of his favorite toy! 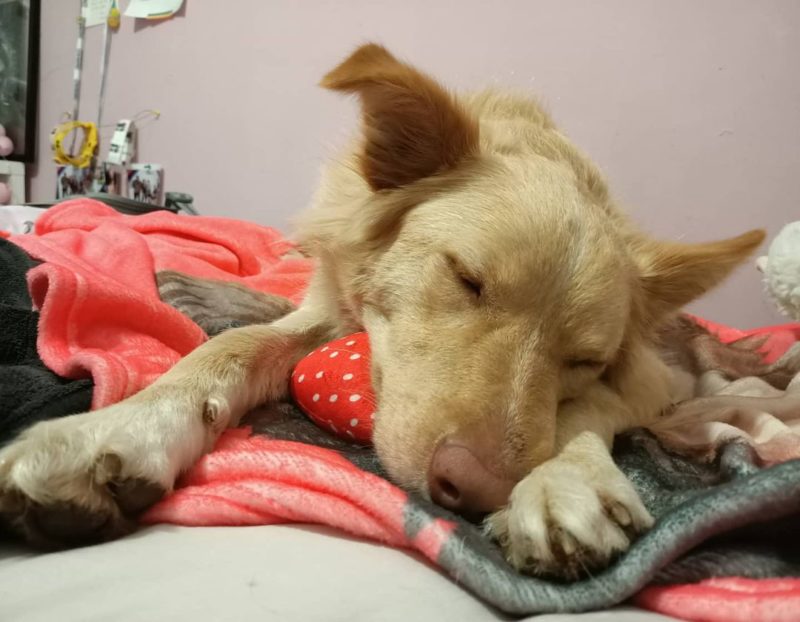 Marley is an autism service dog who lives with his mom Hayley Martin. One day, while shopping with her, he came across a soft toy in the shape of a strawberry and immediately fell in love.

He made it clear to Hayley that he’d like the toy, please, so she purchased it for him. From that moment onwards it was his favorite toy. 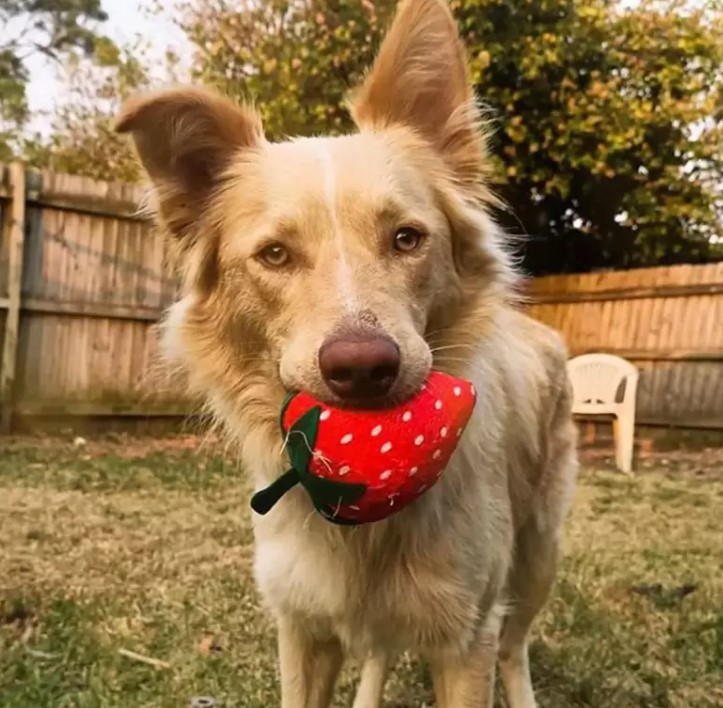 Marley played with his toy so often that unfortunately, after a year in, it had become so tattered that Hayley had no choice but to throw it away.

Hayley went straight back to the store to purchase a new strawberry for Marley. But she was disappointed to find that the toy had been discontinued. Marley was such a great help as her service dog, and she really wanted a way to repay him for all of his hard work.

She just knew that she had to get her hands on the strawberry toy again, so she began to post online and ask if anyone knew where she could get the toy from.

In a stroke of luck, the manager from the very same store who sold the strawberries happened to come across Hayley’s post and immediately got in touch with her.

She told Hayley that she could send Marley two strawberry toys. And Hayley was over the moon. But when the package arrived, Hayley and Marley both had a surprise. Instead of two strawberries, there were twenty! 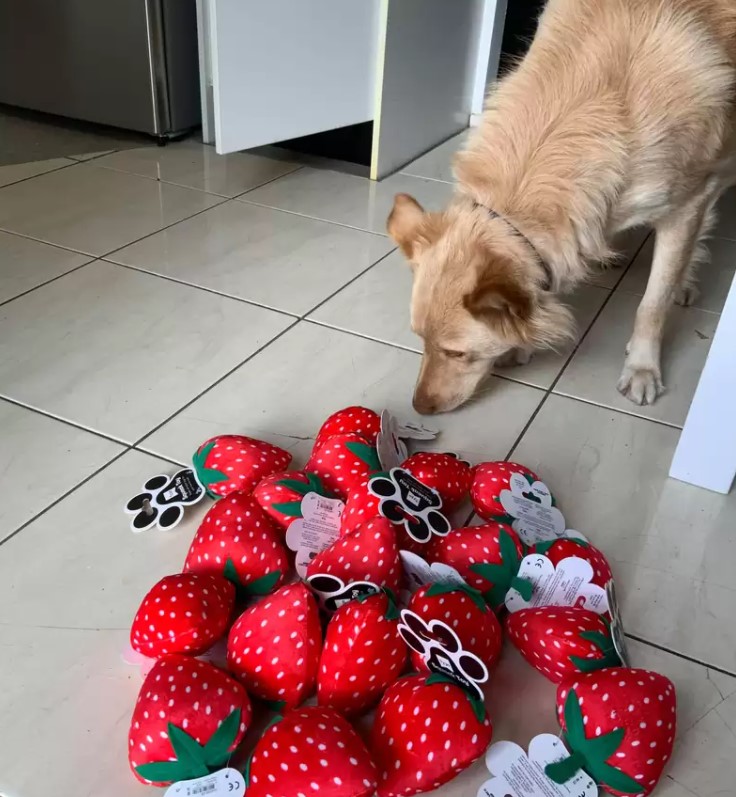