Everything happened in a matter of seconds. Steve Knop was driving in a car with a group of friends when he noticed an alarming sight. A fawn was lying in the middle of the road. 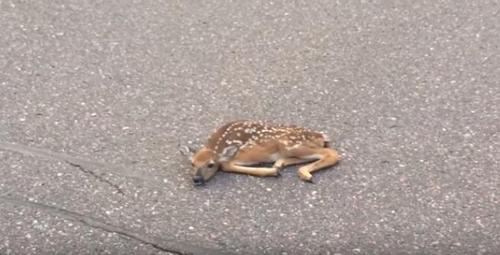 The fawn seemed to want to “hide” and clumsily tucked its legs under itself. Steve immediately hit the brakes to prevent a tragedy.

According to the description of the video, a man named Paul got out of the car and cautiously approached the fawn. His friends filmed what was happening on camera. Paul realized that the fawn was alive, and began to act quickly. The baby’s mother was waiting nearby in the forest. 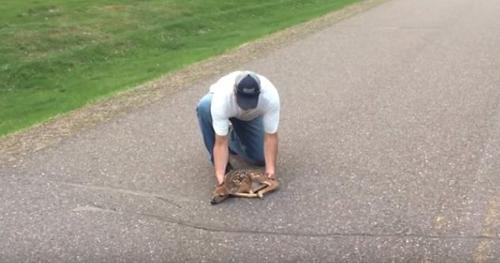 Paul examined the fawn slowly and carefully, so as not to scare him off. As soon as he gained the trust of the baby, he took him in his arms. The man understood that the fawn would be in serious trouble if it remained lying on the road like that. He took the fawn like a baby, and, hugging him to himself, carried him into the forest. 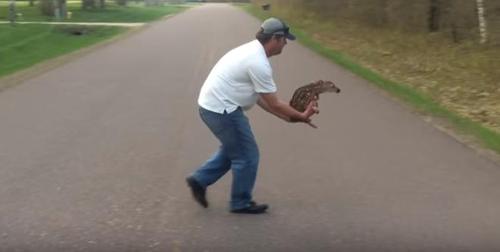 Paul’s act was very brave. However, the Washington Department of Wildlife advises people not to touch the fawns. Even if they seem helpless, their mom will always be there to save them. If you picked up a fawn, be sure to take a piece of cloth, first rub the grass with it, and then wipe the fawn with this cloth to remove the human smell. Use gloves when touching it. Be vigilant, and if Mom hasn’t returned in eight hours, call a specialist.