A resident of the Canadian province of Manitoba saw an injured dog on the side of the road.
The Canadian mistook the animal for a husky, or a large German shepherd. Ali put the animal on the floor of the car and tried to get to the nearest town as quickly as possible. The animal behaved calmly, the driver even petted it a couple of times. 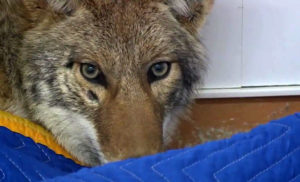 But on the way, the man began to think how a domestic dog could even come from the middle of the desert Canadian tundra. He looked closely at the passenger and already there identified him as a young wolf. 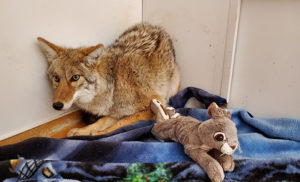 Nevertheless, Eli brought the animal to the clinic. They did not refuse to help and the wolf was back on his feet the very next day.

Eventually the wolf was released away from the roads. It is unlikely he will return to these parts again.