The story about this dog is like a movie. At first, a terrier named Senya lived with a man with no fixed place of residence. They huddled together in an old garage. The dog kept the man warm all day. After a while, the man lit a fire and fell asleep. Someone else’s car burned down. Of course, the garage burned down too. The man was saved from death by Senya. He felt the smell of burning in time and woke the man up with his barking. As soon as the irresponsible man realized what he had done, he boarded the nearest bus and ran away. The dog was left alone in the ashes. Poor Senya was catching up with the bus until he was exhausted. Then he returned to the place where the garage used to be.

Everyone who was harmed by an escaped homeless man took out their aggression on the poor dog. When Senya ended up in a veterinary clinic, the doctors made a serious mistake that could have cost the poor dog his life. 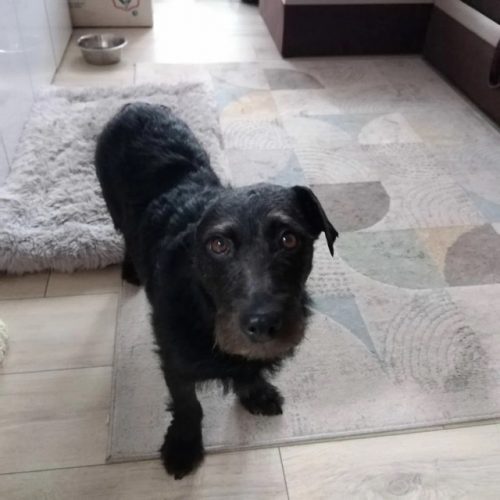 The dog turned out to be in an extremely serious condition. No one could predict whether he would survive or not. The dog lost his hearing. He only has one ear left. Our specialists have been fighting for his life for a long time. Fortunately, he was saved. The operation was very difficult. Our doctors did everything perfectly.

Senya regained his hearing. Also, he got an ear. Small, but its own. It was a success!

One man took him to himself. But soon he abandoned him, leaving the animal in an empty apartment. Together with Senya there was a kitty named Mini. 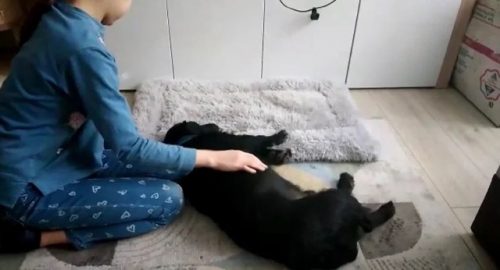 I didn’t know how to help Sena. I was very sorry for the poor dog. I wrote a story about this doggie. I didn’t even expect any response, but suddenly a woman wrote. She wanted to get to know Senya better.

The acquaintance went well. Yes, at first Senya was afraid. He had already been through a lot, so he didn’t know what to expect from a stranger.

The woman decided to take Senya to her house. When we gave it away, we were very excited. After all, we have been fighting for the health and well-being of the dog for a long time. We had no right to make a mistake. 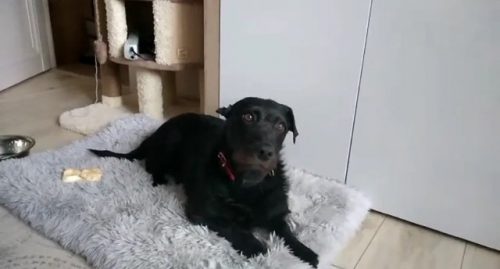 Svetlana’s family sincerely loved the dog.The love of the new owners returned the dog to the love of life. He became a playful and cheerful dog.