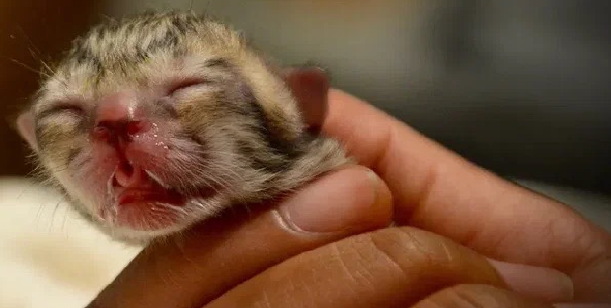 In Thailand, a family found a small kitten. The animal was very tiny. But it turned out that this is far from our usual pet cat.

Rescuers came to pick up the kitten. They identified the striped baby as a wildcat cub. It grows twice as large as its domestic relatives. 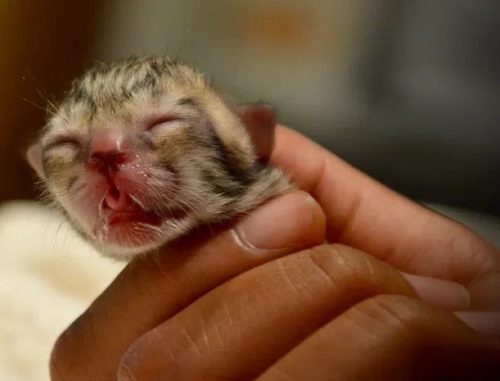 The kitten was taken into care by the Wildlife Relief Fund. His staff said that people found the baby just a few hours after he was born.

«It turned out that the mother of that kitten was found in a rice field a few years ago. People cured and raised the cat, and then released it,» the foundation’s employees said. 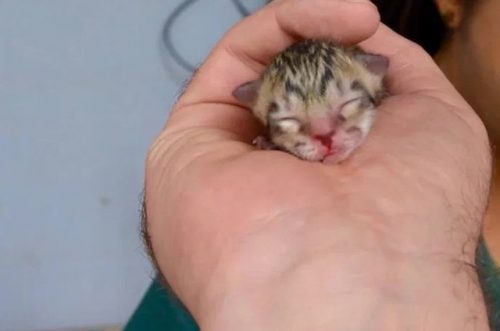 The cat liked living among people and from time to time she returned to the house where she lived. The last time a cat was seen at people’s homes the day before.Therefore, experts suggest that she gave birth somewhere nearby, and then carried the babies. Probably, one of them fell on the road where people found him. Immediately, people did not come close to the kitten, expecting that mom would come for him. But this did not happen, and they called rescuers. 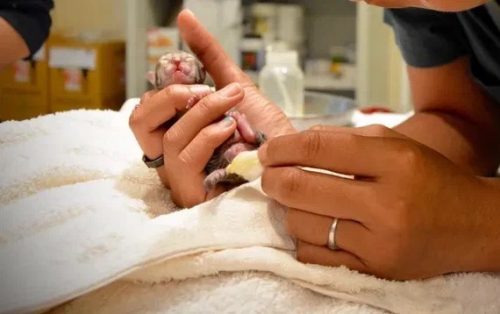 «By the time we arrived, the baby was very cold and hungry. We immediately took him to a clinic specializing in wild animals. On the way, one of the veterinarians hugged the kitten to her so that he warmed up a little.»

The kid turned out to be a representative of fishing cats. That species lives in southeast Asia, loves water and is excellent at fishing in natural reservoirs. 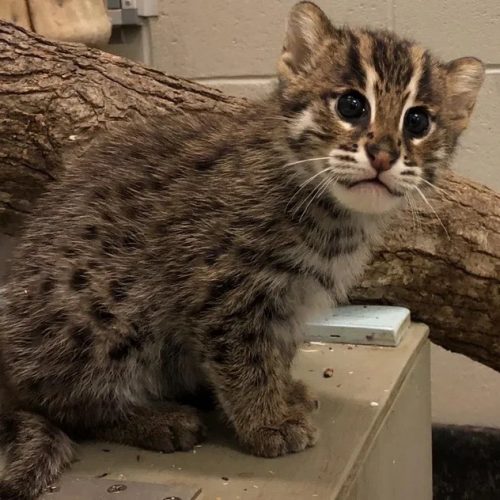 For several years these animals have been on the verge of extinction due to the disappearance of their natural habitat.

The baby found on the road was named Simba and now his life is not in danger.