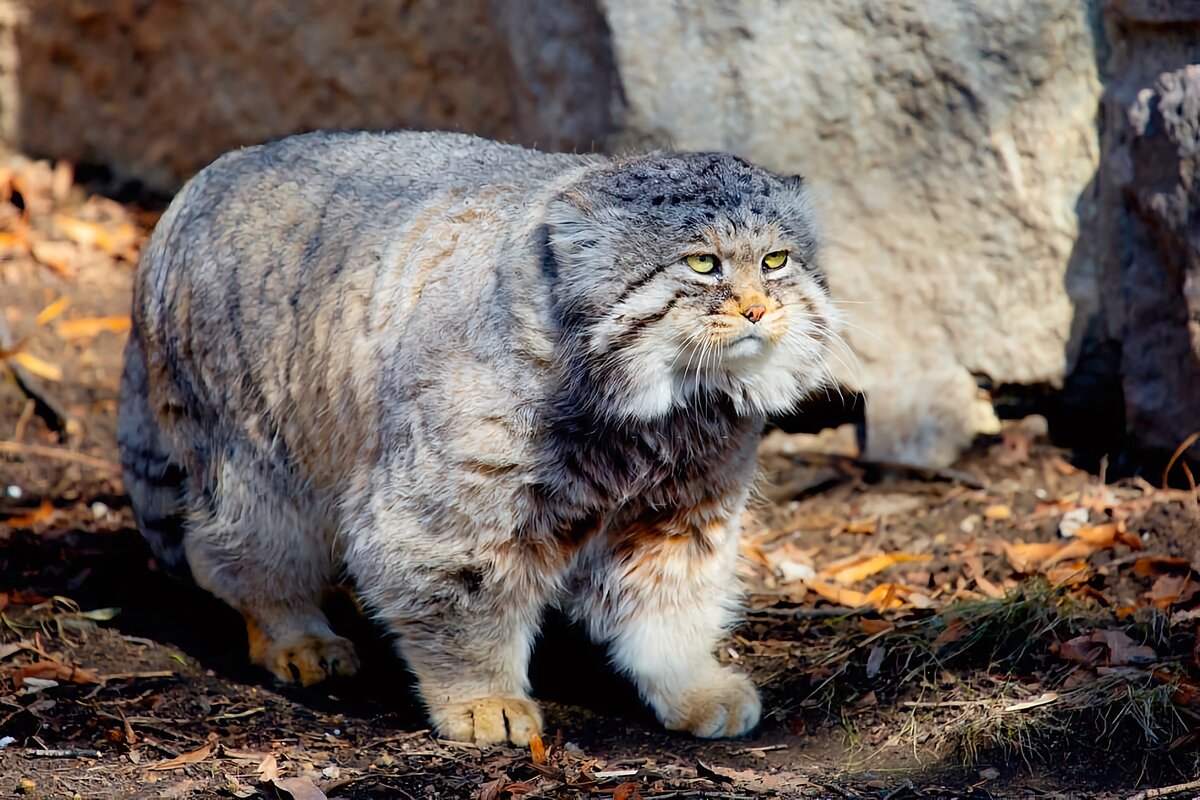 Once, during a tour of the territory of his plot in the Trans-Baikal Territory, a farmer accidentally discovered four small kittens on the site of an old cattle station. The kids were completely helpless. And the man realized that they needed to be rescued. Although the kittens looked a little unusual, not like ordinary cats. 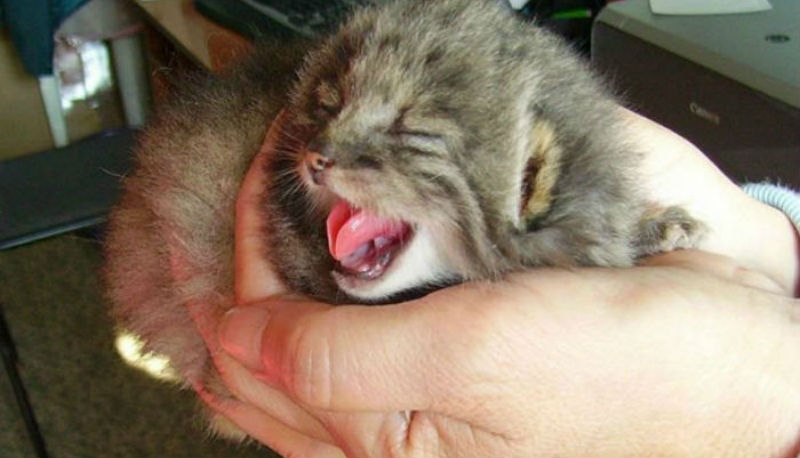 The farmer turned to the representatives of the International Reserve “Dauria” in the hope of finding out the breed of kittens in order to properly care for them. However, in the reserve, experts have confirmed that the foundlings are not quite ordinary cats. 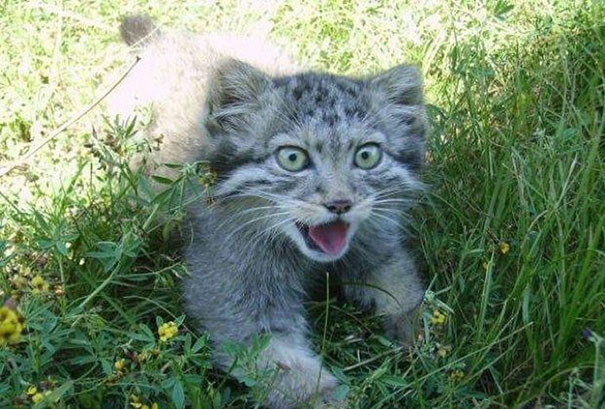 The kittens turned out to be the cubs of Pallas’s cat, or manul. This is a rare species of wild cat that lives in Central Asia.
The employees of the reserve, in order to feed the newborn babies, gave the kittens to two ordinary cats, and, fortunately, they accepted them. 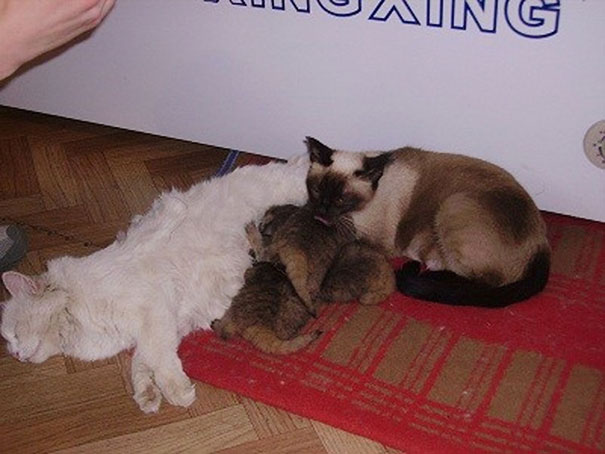 Manul is listed in the Red Book with the status “close to threatened”. Hunting for manul is prohibited everywhere.

From an ordinary cat, manuls are distinguished by a denser physique, short and powerful paws and very thick fur. 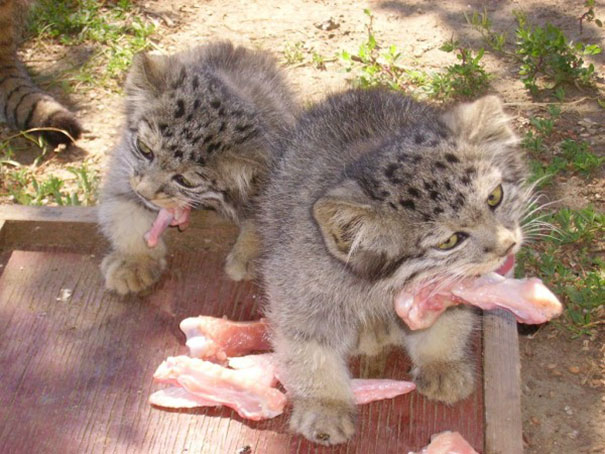 When the kittens grew up, they had to be released into the wild.

However, the employees of the reserve could not leave their foundlings completely unattended and put collars on them. 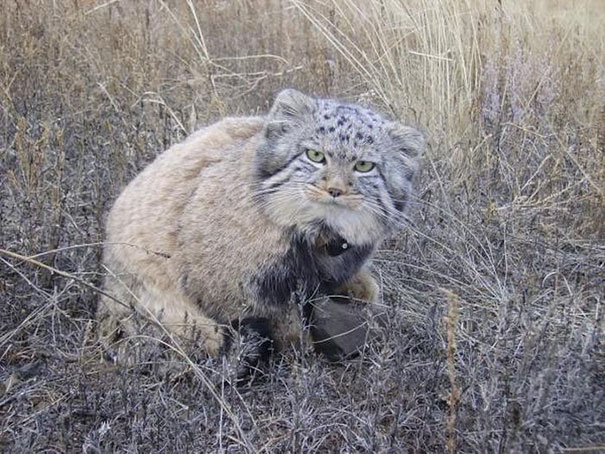 At first, the manuls visited those who saved them. But soon they grew up completely, matured. And they are weaned on humans.