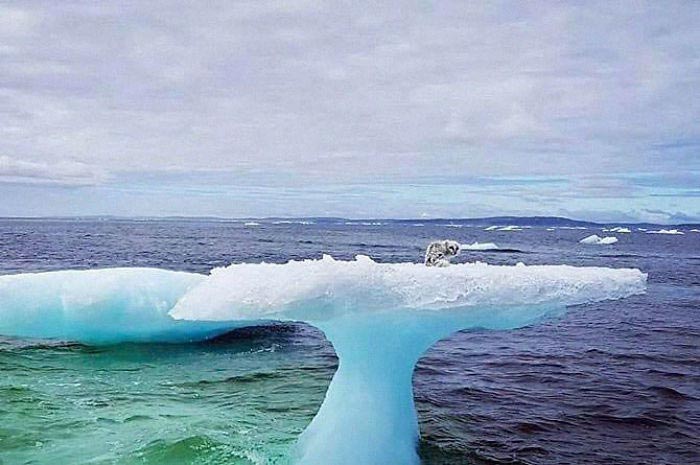 Fishermen Mallory Harrigan, Cliff Russell and Allan Russell were a few miles from the Labrador Peninsula, Canada, when they encountered something completely unusual. Something was on a small, mushroom-shaped iceberg, helplessly drifting in the sea. And it wasn’t a creature designed to swim. 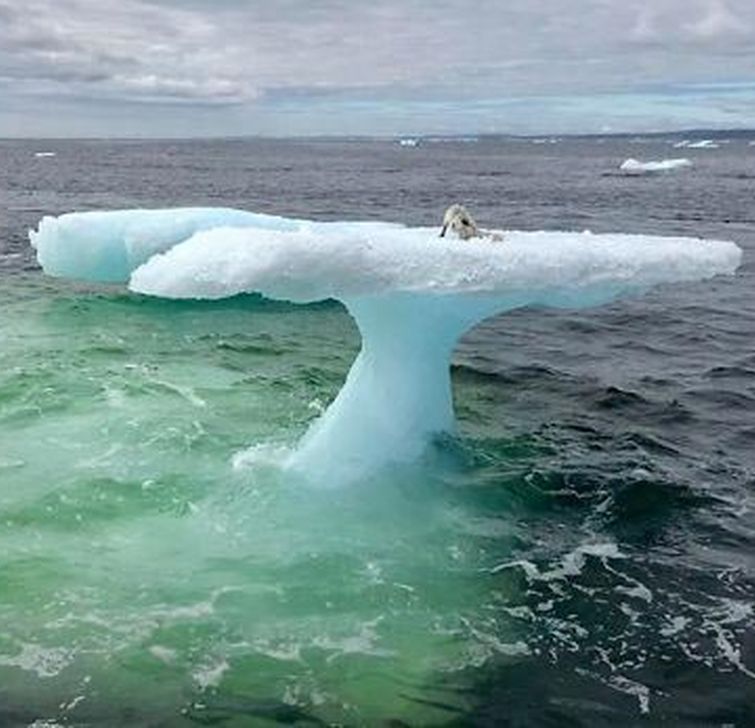 Fishermen who were on board the fishing vessel for catching crabs “Northern Swan” noticed something strange 4 miles from the shore.

There was an unwitting passenger on the mushroom-shaped iceberg who ended up on it.

The crew at first thought it was a baby seal. 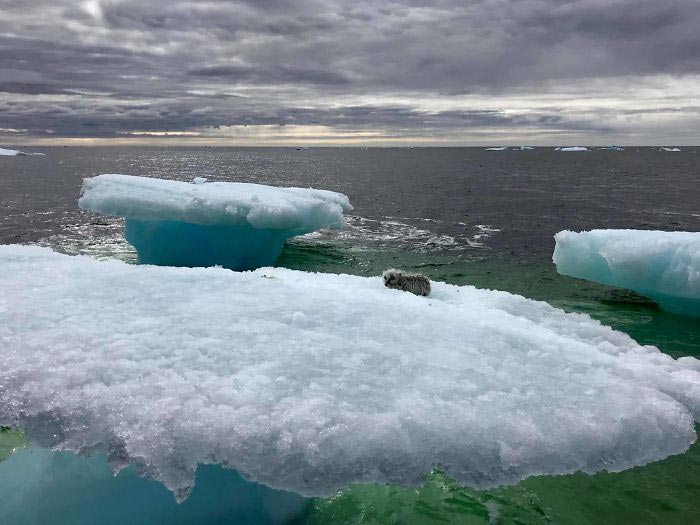 But as it turned out, an Arctic fox was drifting on an iceberg. “She’s probably stuck there looking for food,” Mallory Harrigan said. They lured the frightened animal onto the boat. 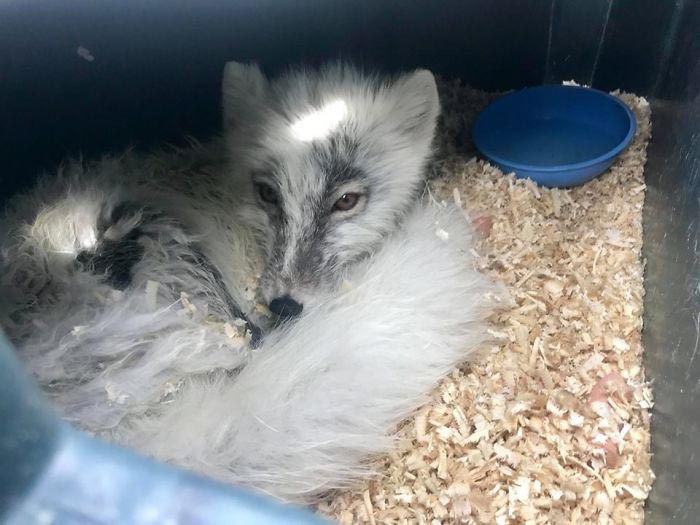 “We gave her chips and crackers, but she didn’t want anything until she came to her senses. And then we fed her sausages”

Back on land, the fox was released back into its natural habitat. A simple act of kindness by the crew saved her life