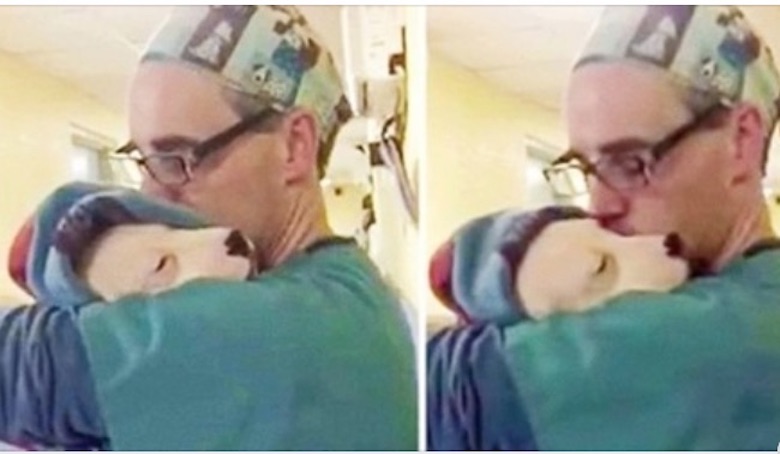 Anyone who has ever had surgery knows just how disorienting it can be to open your eyes again after the anesthesia wears off. But at least humans have some idea of what’s gone on.

Animals, on the other hand, have no idea what’s been done to them. And it’s a wonder they don’t freak out a bit more often.

Meesha, a small puppy, was terrified and apprehensive. She’d just had a treatment and was afraid of the strange sensations her body was experiencing. Little Meesha began to whimper and wail as the anesthetic began to wear off. She had no idea she was in very capable hands.

Lucky for her, Dennis Moses was in the room. He is the surgical assistant and an animal-lover. He often takes time to comfort disoriented animals after their surgeries.

“If you’ve ever had surgery, you wake up, and you’re not sure where you’re at,” Moses told The Dodo . “It’s a scary thing even for dogs and cats, especially being in the shelter and being that young.”

Here’s a video of Surgical Assistant Dennis Moses carrying Meesha, a terrified and sobbing rescue puppy, like a baby after surgery.
Meesha is showered with kisses by the physician to help her relax and overcome her concerns. He calms her down by rocking her back and forth, and it’s wonderful.

Luckily, Meesha was adopted quickly after that. And her new family has two little ones to play with.