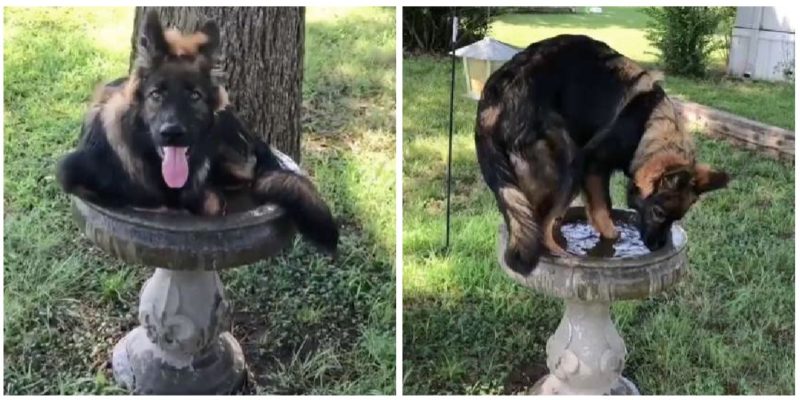 While we got used to dogs to do some crazy things, they apparently never cease to amaze.

Kai was born a German shepherd. But he’s pretty sure he was meant to be a bird.

Like his bird friends, Kai was drawn to the birdbath in his parents’ yard as a puppy, taking a drink out of it on hot summer days. 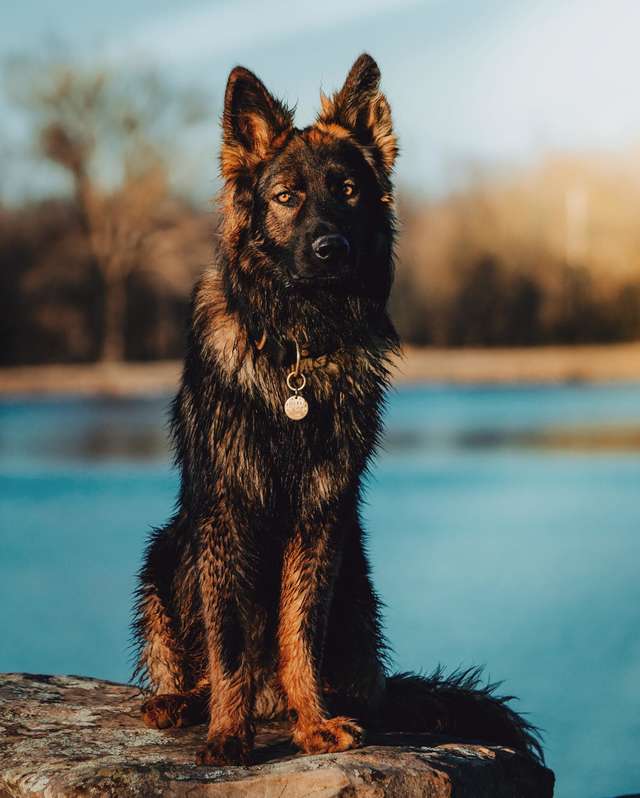 All day long, the adorable Kai loves to spend his time perched on the birdbath. And when you think his family did have a large pool, too.

At first, Kai would stand on his hind legs sipping the water from the birdbath. But after watching the birds use it to cool down, the pup got a great idea. Why go all the way to the pool for a dunk, when he had the perfect place? 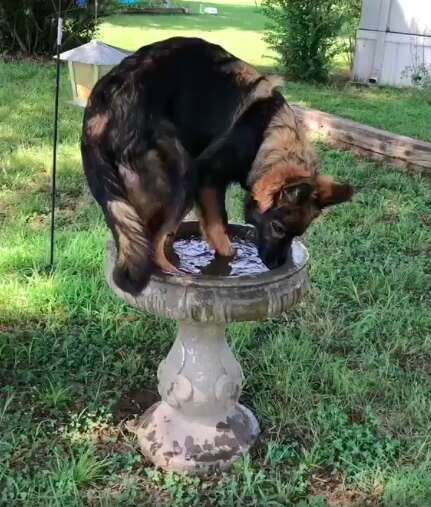 Even since he was just a puppy, Kai was obsessed with the birdbath. He used to climb it with his front paws and drink water from it. Later, when he was strong and big enough, the hilarious pup just jumped on it and now he simply doesn’t want to leave his favorite cooling off spot. 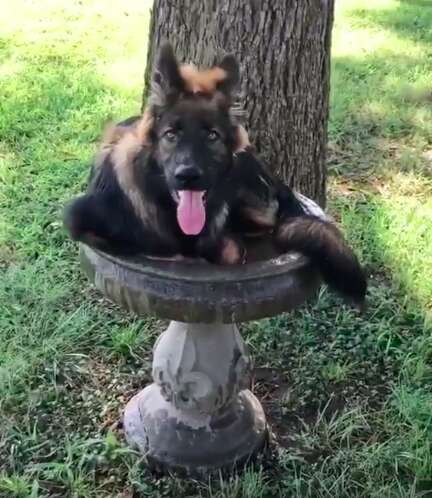 Even he’s a very intelligent doggie, Kai just cannot give away his dark side. “He’s very intelligent, always figuring stuff out. But he also has a silly side and loves to play,” his mom said. Kai actually enjoys his plumage friends company more than the one of his own kind fellas’. And playing with his little ducklings friends remains one of his favorite things.