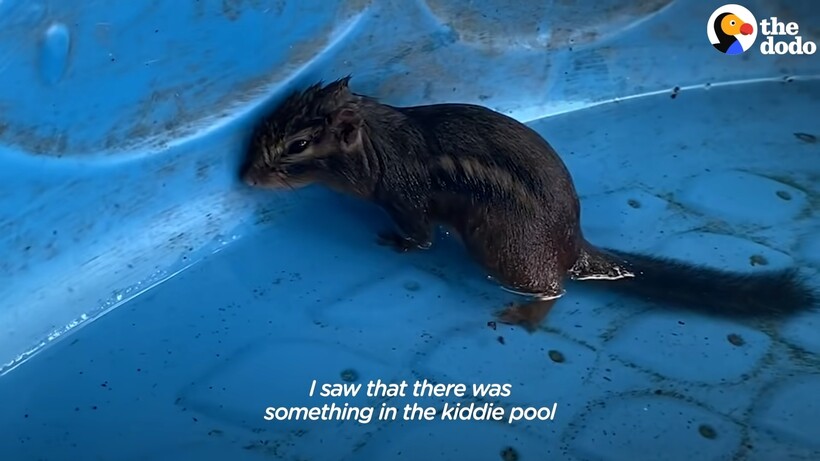 A girl named Chrissy, going out into the yard and looking around her possessions, suddenly noticed something moving at the bottom of the children’s pool and trying to get out. She came closer to a small pond and found a small animal in it. At first it was unclear what kind of animal it was. But on closer inspection, Chrissy found out that in front of her was a tiny chipmunk. The animal could not get out of the water trap in any way. He probably ran out of strength, as he did not resist. Chrissy easily picked him up and wrapped him in a soft towel. The chipmunk hardly moved, and the concerned rescuer decided to seek help. She called the local animal welfare service to ask what to do with the foundling, who was nicknamed Chippy.

The specialists of the service recommended placing the chipmunk in a safe and warm place – a box covered with a towel. Animal rights activists also asked Chrissy to provide the rescued animal with food and drink. The girl put a small bowl filled with water in the box. She also offered the chipmunk food for the birds that live on her property. There was no other suitable food. The specialists assured Chrissy that everything would be fine. They said that the chipmunk is probably in a state of shock, from which it will soon begin to come out. And so it happened. At first, Chippy showed almost no signs of life. But then he tried to get up and trembled violently. And a little later, the animal was able to move around the box and got to the container with water, from where he took a few sips. That was a good sign. The chipmunk recovered from the shock, and after a while he ate. 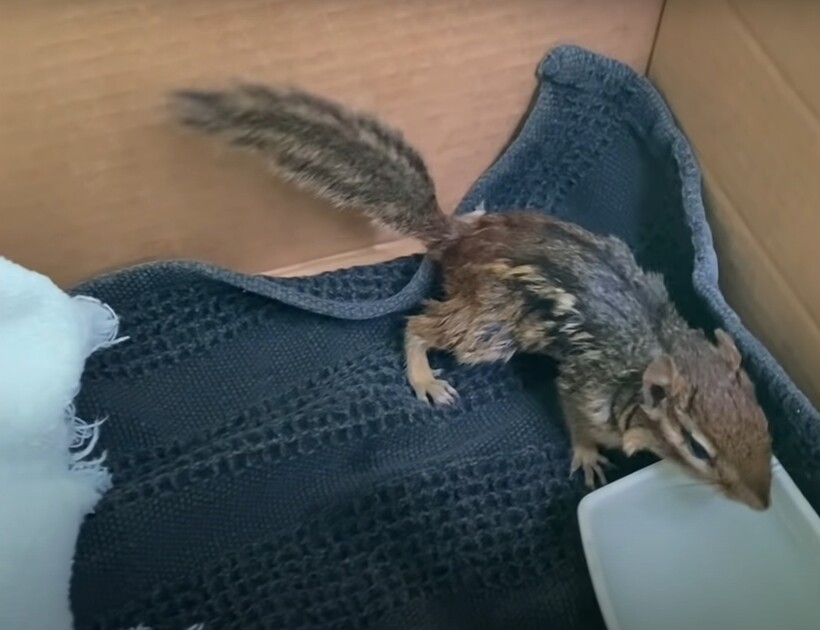 Chrissy left the box with her new furry friend next to the open window so that Chippy could freely leave the temporary shelter and go to his native home – to nature. And he did just that.

But the chipmunk, saved by a caring girl, was in no hurry to leave the yard. He decided to stay close to his savior and dug a small hole near her house. He also periodically climbs a tree and seems to be watching Chrissy. And she thinks that Chippy understands that he is alive because of her. Here is the story of a miraculous rescue.