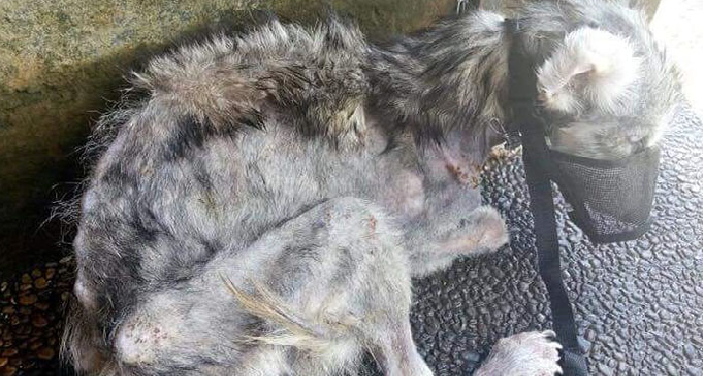 Rico is 26 years old and lives in Bali. One day a guy was walking down the street of his hometown of Denpasar when a very thin and sick stray dog attracted his attention. It was impossible to consider the breed of the dog. But Rico immediately realized that if the animal was not helped, it was doomed to a quick death. It was clear that the dog was extremely exhausted, because under the skin infected with sores, its skeleton could be completely seen. 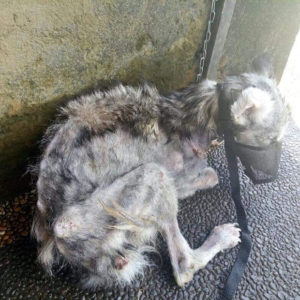 The fact that the dog was still alive was evidenced by the light in her blue eyes. Although it seemed that the dog had no chance to survive. Rico decided to try to help her. The man saw something special in this dog. He felt a connection with her and decided to do everything possible for the dog to survive. 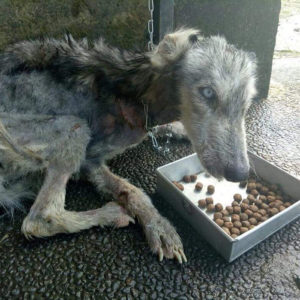 Rico picked up the dog from the street and took it home. The guy named the dog Hope. 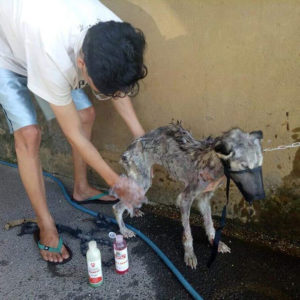 Despite her terrible condition, Hope turned out to be not hopeless and began to recover as soon as she was able to eat her fill and began receiving treatment. 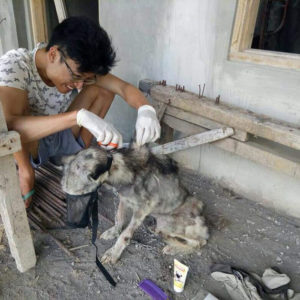 Gradually, the dog began to recover. She was gaining weight. She even started to grow new fur. It turned out that Hope was a young dog, as it turned out. As she grew, she became healthier and stronger. 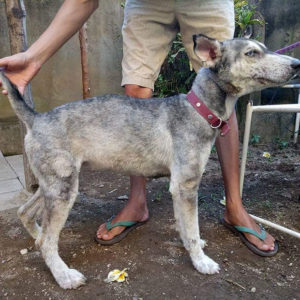 When Hope recovered and her fur grew back, it became clear that this was a young husky. In Bali, such a breed of dog is very rare, because the local hot climate is not very suitable for them.

Now Hope has recovered from her illness and all the shocks. She is healthy, active and cheerful. The dog is very kind and attached to people. It bothers its owner a bit. He worries that such a beauty can become a victim of thieves. 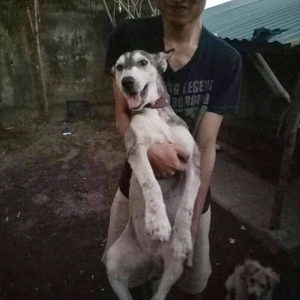 ANIMALS 0 80 views
Four years ago, a farmer named Jeff Parmar decided to find out who was

ANIMALS 0 96 views
A couple of fishermen were moving in a motorboat on the river when, out

ANIMALS 0 97 views
The workers of the car repair shop, when they came to work, found a

ANIMALS 0 94 views
Chloe Adams is a brave girl who, no matter what, does not lose faith

ANIMALS 0 152 views
Charlie had lived with the family for a long time and was everyone’s favorite.

The fishermen were floating down the river in a boat when a moose began to run beside them on the water, and then overtook them
A couple of fishermen were moving in a motorboat on the river when, out
ANIMALS 0 96

A cat that was adopted by an auto repair shop saved the lives of three employees
The workers of the car repair shop, when they came to work, found a
ANIMALS 0 97

A dog saved four children from a cougar with his life
In American Idaho Springs, Colorado, a two-year-old dog named Lady died heroically while protecting
ANIMALS 0 90

A girl and her dog survived the flood
Chloe Adams is a brave girl who, no matter what, does not lose faith
ANIMALS 0 94