Those who take pictures of their pets know that it’s difficult to do so in the first take. The animal may be bouncing around or distracted by other things. Owners have to go to different tricks to capture the attention of the furry model. Recently British citizen Liam Beach bet with his friend Kathryn that he could photograph all his dachshunds at once. And he has, by the way, 16 of them! The girl was sure Liam couldn’t get them all in a bunch. It only took the guy eight minutes to win the argument.

The British guy was told he couldn’t take a picture of all his dogs at once. He accepted the challenge.

It took him eight minutes to get 16 dachshunds on the stairs beautifully and take the picture. 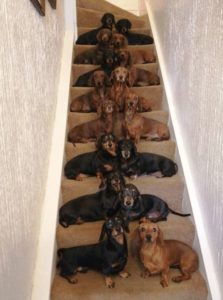 Liam paired the animals and lined them up head to head on the steps. Lottie, Daisy, Dudley, Wally, Diamond, Ruby, Benji, Buster, Bonnie, Ziggy, Sammy, Kizzy, Kiki, Zack, Duke, and Saffy participated in the photo shoot. All like good boys and girls obeyed their owner and looked intently into the camera. But it wasn’t without trickery. The guy used a shadow ball to get attention.

It’s not the first time he’s taken general shots of his short-haired friends.

The first dachshund named Sammy came into the family eight years ago. 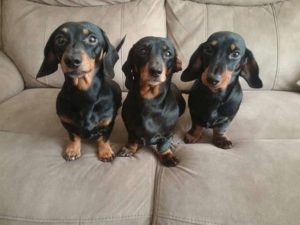 The owners fell in love with the breed and began breeding puppies. 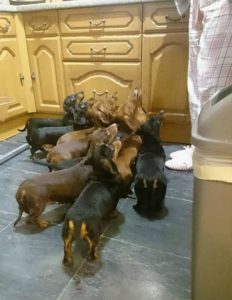 They made a lot of families happy and got a whole flock of fluffy weenies themselves. 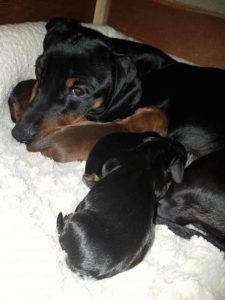 This friendly company is diluted with a black Labrador. 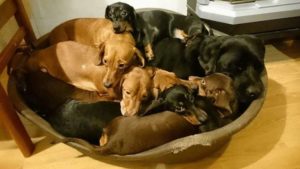 Thanks to his obedient pets, Liam won an argument and a box of chocolates. But most importantly, he was able to show everyone that even 16 dogs can be put together if they are well-behaved.