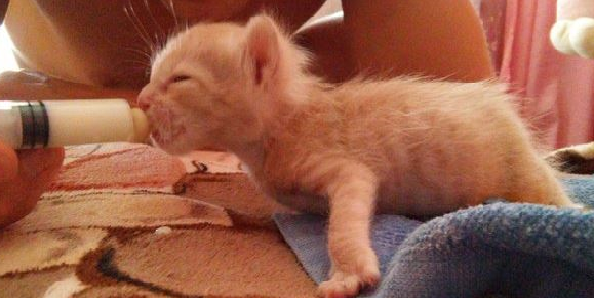 When the two young men were returning from work, near the dumpster they noticed a small and helpless creature that meowed and tried to shout at least to someone.

They took the baby with them. When its paws were washed under a stream of water, the new owners noticed that its fingers were not at all like those of other cats. The pad has a bend, some claws are underdeveloped, and two claws – on the contrary-stick out forward, like knives, and do not retract! Perhaps because of this, someone left the baby on the street. 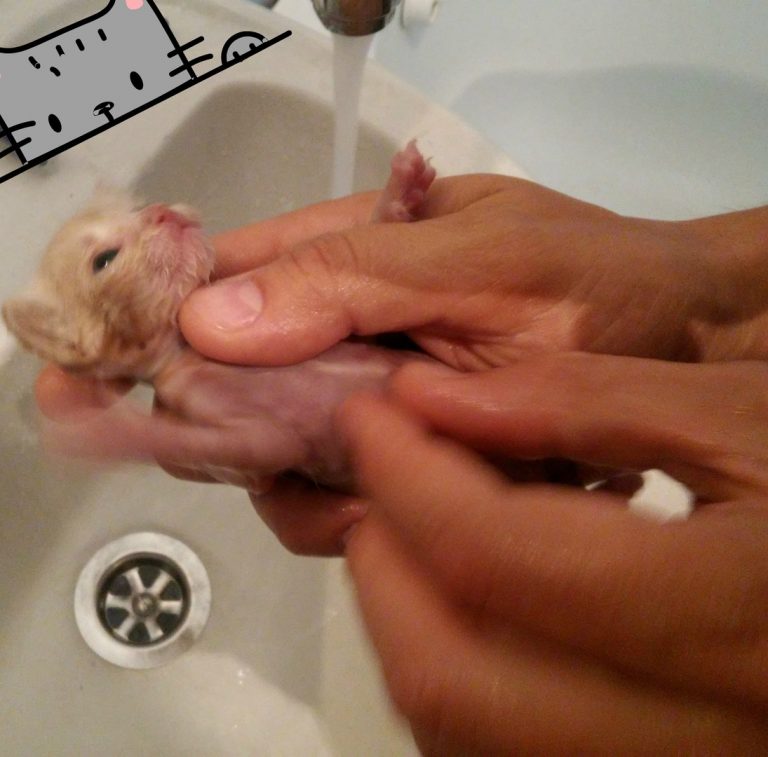 Lion was washed, fed, warmed, and put to bed. But there were some difficulties with feeding because it was still very young and therefore had to be fed every four hours. 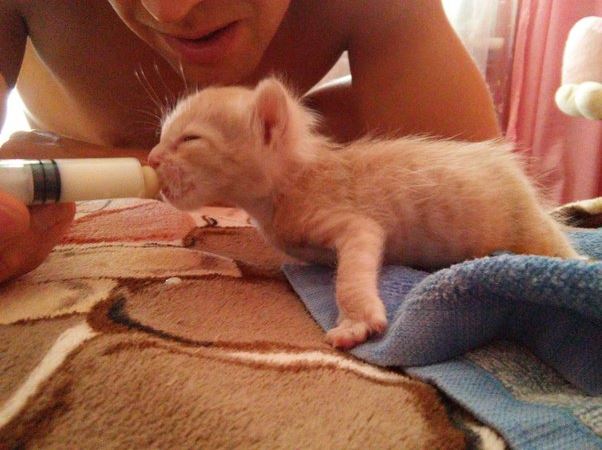 They fed the baby milk from a syringe, and soon the Lion king quickly gained weight. The vet said that the paws will not bother the pet – it’s just such a feature. Lion was jumping, running, and fooling around, just like other cats his age! 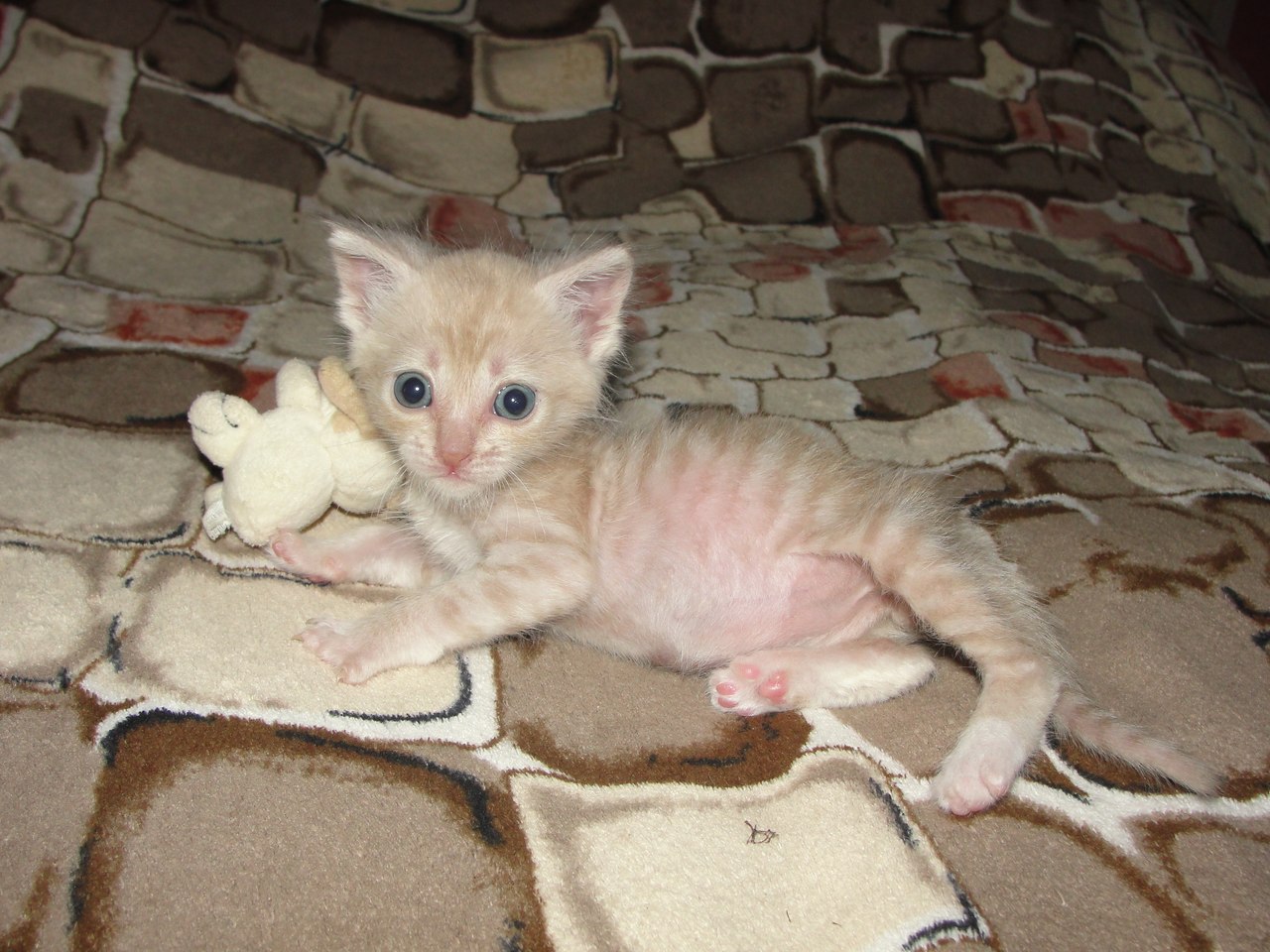 And when they bought a tray for the kitten, the cat immediately figured out what to do. 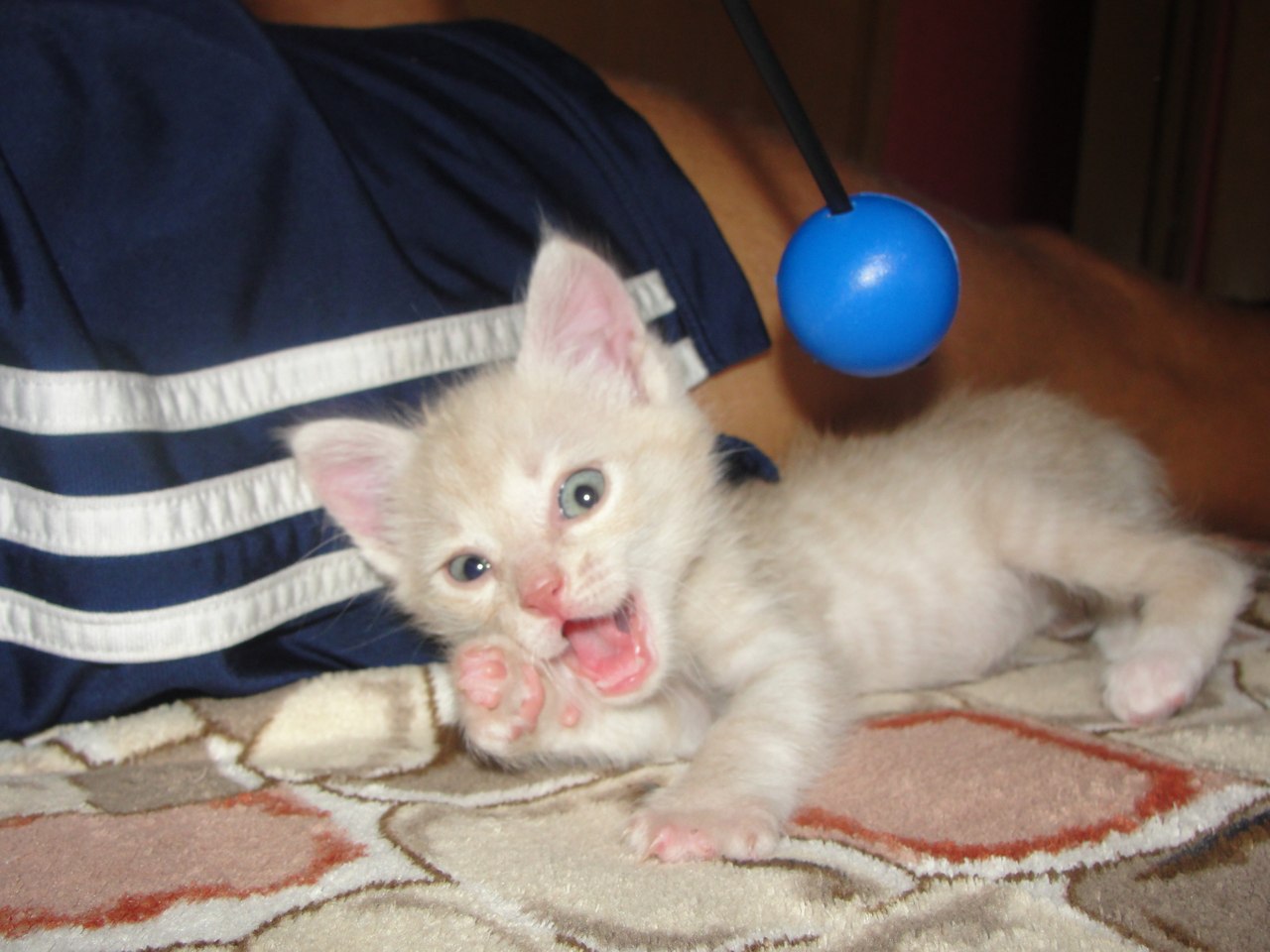 In addition, it has an excellent memory – it clearly remembers when the owners come home from work, and every day it meets them at the door. 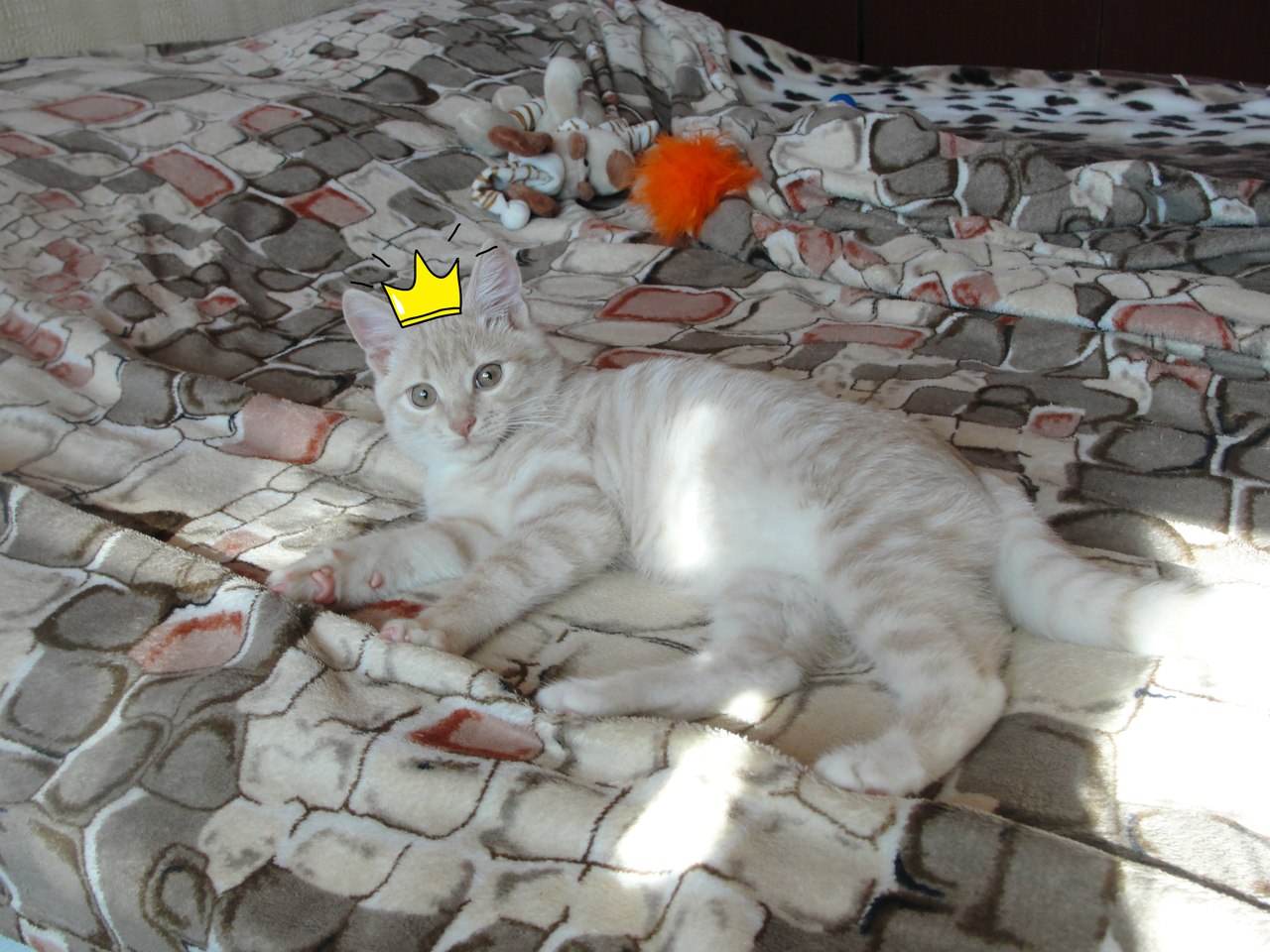 Now the cat is already 4 months old and it has turned into a very handsome cat.

LIFE STORIES 0 35 views
The tourists had chosen a quiet place near the river to fish. They managed

ANIMALS 0 40 views
The story happened in the winter. A car stopped outside the medical center, the

ANIMALS 0 38 views
Amid the scorching heat, everyone looks for a bottle of water, especially when out

A blind homeless dog cuddles a puppy that was thrown out of a car
A dog named Sema could not see. Since birth, Sema and his mother had
ANIMALS 0 89

The one-eyed cat Pirate walked around looking in windows hoping to find a home
A young cat lived on the streets of a city. Although the cat was
ANIMALS 0 42

Delightful moment: police officer stops in the middle of work to get a thirsty monkey drunk
Amid the scorching heat, everyone looks for a bottle of water, especially when out
ANIMALS 0 38

Fishermen were fishing when a tiger stealthily emerged from the bushes and carried off the entire catch: video
The tourists had chosen a quiet place near the river to fish. They managed
LIFE STORIES 0 35