A resident of a small village saw a hawk entangled in the fishing line The fisherman could not pass by and decided to help. At the same time, the man shot a video – in the footage you can see that the bird of prey understood the man without words. 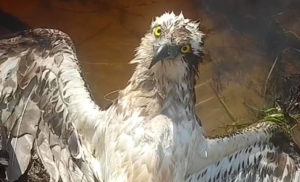 It looked like a hawk had dived into the river to get fish. But it landed right in a fishing line someone had left there. At high speed, the bird became very tangled. 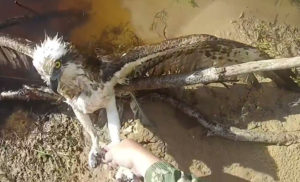 The fisherman saw the hawk completely exhausted. The bird had managed to get more entangled, the fishing line caught in its wings, on its neck, and on its claws. The man began to untangle the trap carefully, in some places cutting the line with a knife. 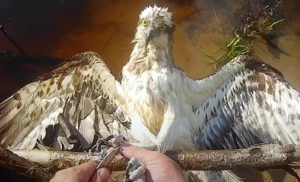 All the while, the hawk was staring at its savior without looking away. The bird clearly understood the man:

In the end, the hawk was freed. Surely it will remember the lesson.