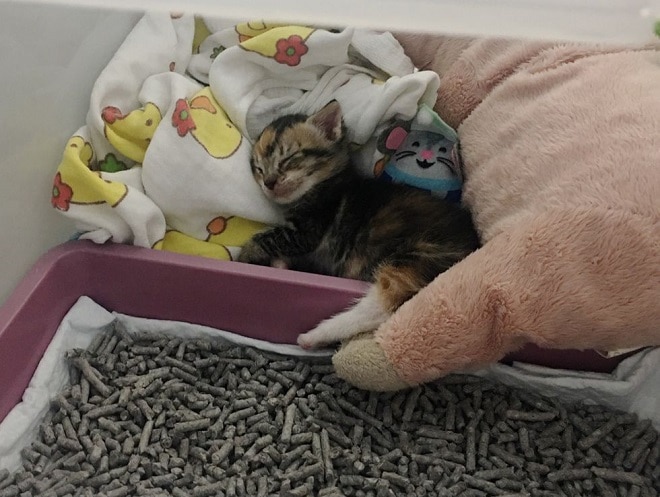 Kristin, a volunteer at the Cat Haven WA shelter (Western Australia), picked up two kittens and took them for overexposure. The kids were in a terrible state, and it was necessary to get them out somehow.

Tiny Chiara, although she was smaller than the prescribed size, but she fought for her life as best she could. The baby showed resilience and a desire to survive, while her brother was weaker. Unfortunately, heavy defeats did not allow him to survive, and Chiara was left alone. 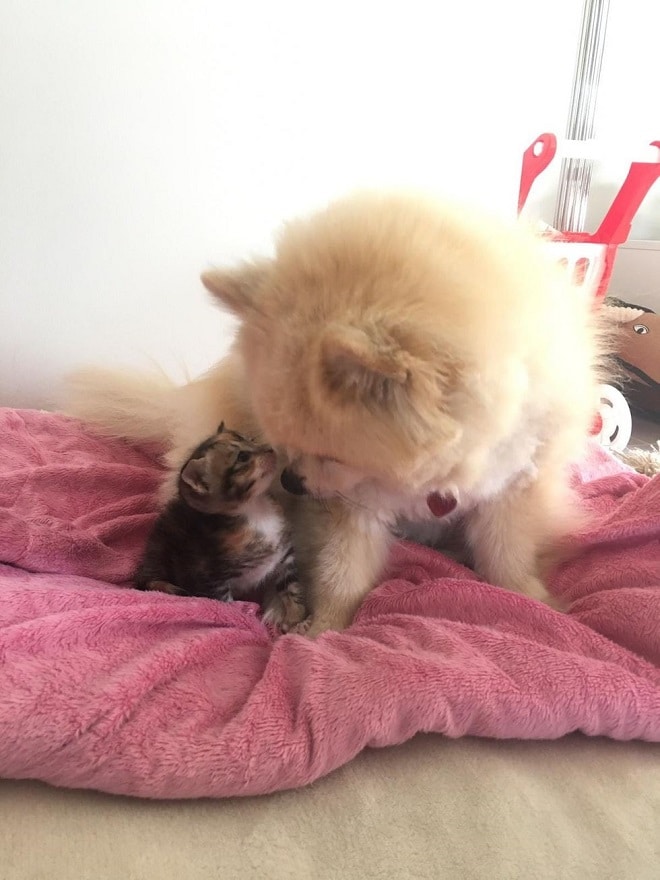 When the baby cat realized that there was no brother next to her, she became nervous. The baby was “crying” all the time, freezing and looking for him with her eyes. It was felt that the baby was uncomfortable being alone.

At some point, she even lost her appetite, and Kristin became worried. Most of all, the volunteer did not want to lose her second kitten. 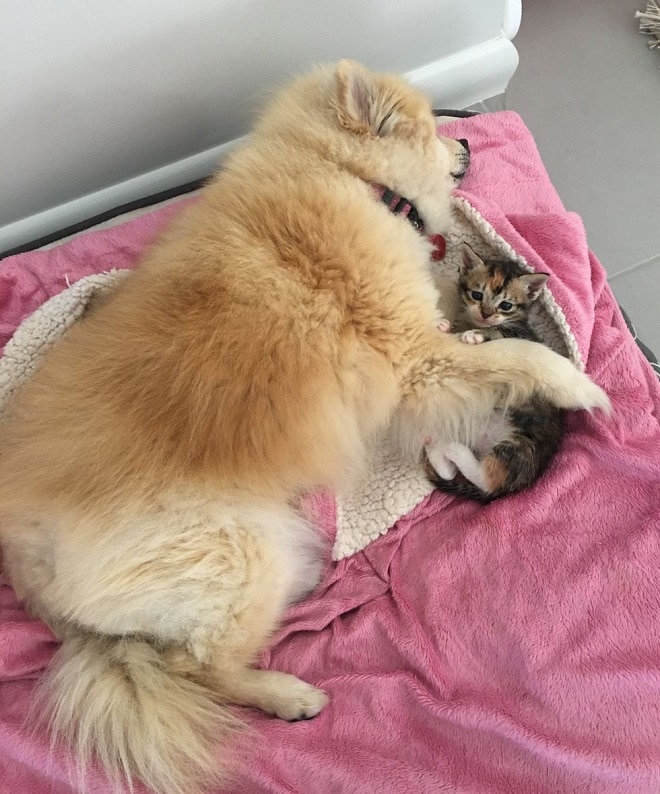 The decision that the woman made turned out to be unexpected, but correct. She “introduced” the baby to her beloved pomeranian named Gucci! And Chiara immediately cheered up!

She felt support in a warm and fluffy friend, and therefore immediately snuggled up to her to warm up. Gucci did not object, but only gently licked the crumb and hugged it with her paws, making it clear that she could be trusted. Delighted, Kristin could hardly hold back tears, looking at how these nice pets got along. 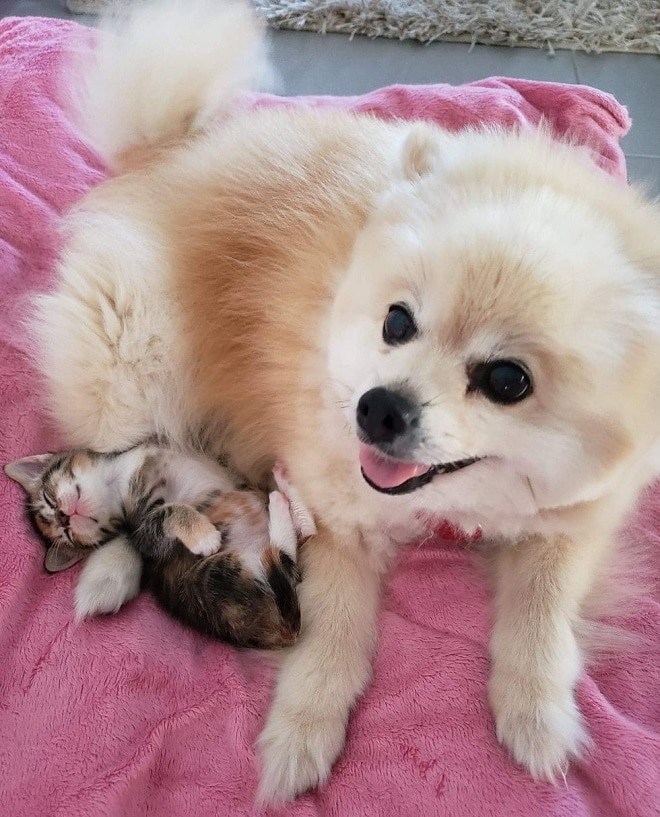 Since then, Chiara began to gain weight and slowly turns into a healthy and well-fed kitten. She does not move away from the pomeranian and snuggles up to the dog whenever she needs care. All day long they play and cuddle, and when they get tired, they fall asleep, warming each other. 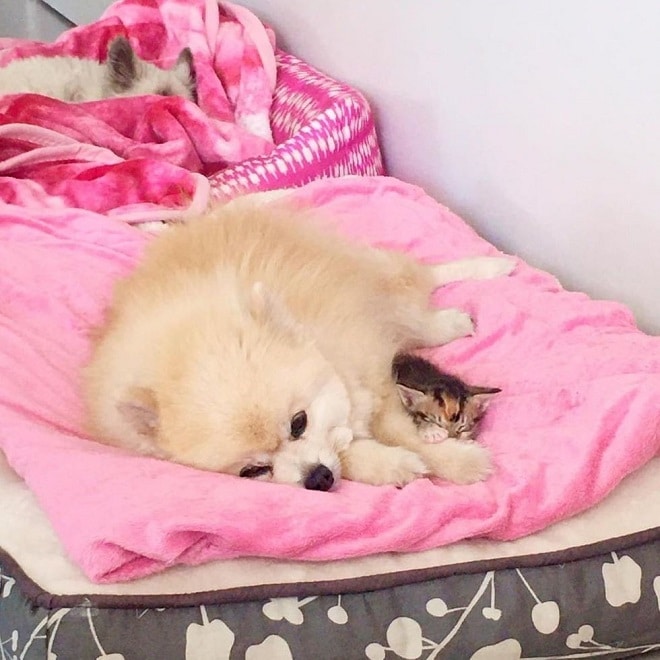 “It’s great that my dog helps me in the “upbringing” of kittens!” – Kristin jokes, although there is a lot of truth in this, because it was Gucci who helped Chiara to become happy again!