Two kittens, a brother and sister, were rescued from euthanasia at the age of a few days. One of them lacked a mother’s love very much…

When the kitten met his plush “adoptive mother”, everything else ceased to exist for him. 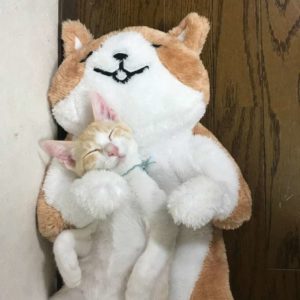 Midori in Japan heard about two kittens about to be put to death if no one rescues them. She contacted the shelter in time to let them know she was coming.

“I waited until my son returned from school and went to get them,” says Midori.

The fluffy babies Koi and Haku turned out to be surprisingly tiny – each weighed no more than 120 grams. They didn’t get proper care, but somehow managed to survive.

“It’s a miracle they survived this long without a full meal.”

Baby Haku reached for his sister, trying not to let her go for even a second. After several weeks of round-the-clock care, the kittens’ eyes opened and it was clear the worst was over. 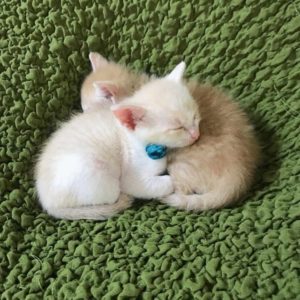 The two of them grew stronger in the foster home. But Haku was still afraid to be left alone and demanded their undivided attention.

In Koi’s absence, Haku would cuddle with the older cats, who would take turns comforting and supporting him. 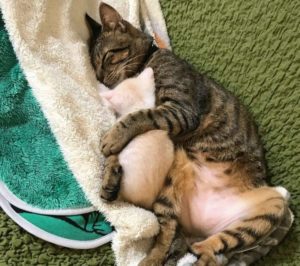 Midori and her husband realized that the baby missed his mother and decided to brighten his days a little. They brought him a soft toy that looked like an enlarged copy of Haku himself.

When our little hero saw the big toy cat, he immediately had a massage session for her. And then he laid down to take a nap between the plush paws. 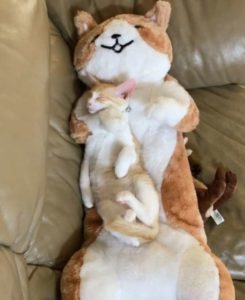 “Haku came to the shelter as a blind cub, which means he had never seen his mother,” Midori says.

But now the affectionate kitten is always waiting for a warm and cuddly cuddly friend.

Check out Haku in this relaxing video: