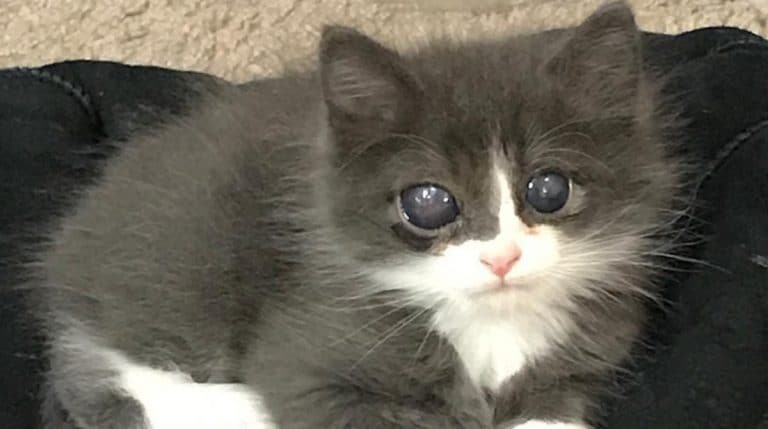 Devin from Colorado came across a message on Facebook about a kitten who needed a home. He was completely blind, and there were no offers to adopt the baby. Looking at the photo of the poor cat once again, the girl decided that she would change the pet’s life.

“He reminded me of a little ball of fluff!”Devin says.

First of all, the girl went with the kitten to the vet. It turned out that he was born blind due to congenital glaucoma. One of the baby’s eyes was in such a bad condition that it was impossible to save it. 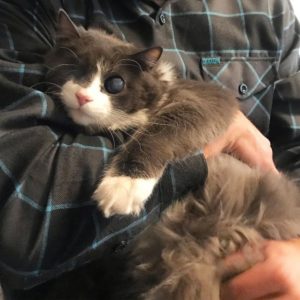 The previous owners of the crumbs were not interested in his health and did not show him to the doctor. Therefore, the right eye literally exploded due to the pressure of the disease. Unfortunately, it had to be removed to prevent the spread of infection.

Devin gave the pet the nickname CJ. He recovered quickly after the operation. He met and became friends with a dog named Bullet, who lives in the girl’s family. 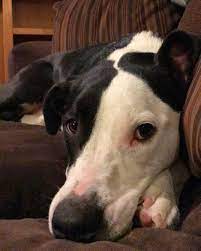 Despite his blindness, the kitten turned out to be a very nimble fellow, and immediately demonstrated that he was in charge of the house. The pet is very active and has a loud, demanding voice.

He learned to do everything exactly the same as healthy cats. He knows perfectly well where things are in the house, and deftly runs up the stairs. When the cat gets bored, he goes down to the basement and waits for people to come after him to grab their legs. 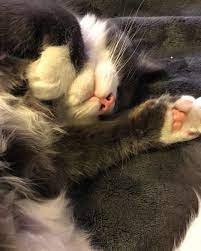 C.J. uses other senses to orient himself in space. He knows how to find his toys, catch moving objects and even climb trees!

LIFE STORIES 0 33 views
The tourists had chosen a quiet place near the river to fish. They managed

ANIMALS 0 37 views
The story happened in the winter. A car stopped outside the medical center, the

ANIMALS 0 35 views
Amid the scorching heat, everyone looks for a bottle of water, especially when out

«Sleeping Beauty»: A red-haired street cat made famous by his 20-hour nap
Six years ago Jay found a little kitten in the street. The animal was
ANIMALS 0 76

The bus driver found a bag on the passenger seat that was rustling
This story happened in London on Christmas Eve. The bus driver was nearing the
ANIMALS 0 117

Delightful moment: police officer stops in the middle of work to get a thirsty monkey drunk
Amid the scorching heat, everyone looks for a bottle of water, especially when out
ANIMALS 0 35