The cat decided to take a stroll through a busy Chinese port. But some loud sound frightened him, and the animal came up with nothing better to do than hide in an open container. When the port workers finished loading the container, they closed it without noticing that the animal remained inside. The container was soon loaded onto a ship and set sail on a 35 day voyage. Furthermore, it took several days for the container to be cleared through customs. During that time no one opened it either. 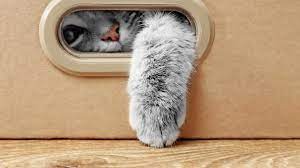 When the seals were finally broken and the container was opened, the port workers were extremely surprised. A skinny, shabby cat came out to meet them, barely able to stand on his paws. The cat was immediately taken to the vets, where he was given an IV, as the baby did not even have the strength to eat on his own. Gradually, the cat began to come to his senses and get better. 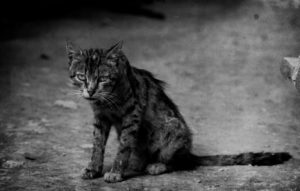 The news of the arrival of the cat in the container was all over the Italian media. This particular country was the destination of the ship. Many people wanted to help the unfortunate animal, who was named China in social media, and who had survived such a difficult journey.

China was very lucky. After all, of all the containers in the port, he chose one that was very old. There were holes in the body of the container, through which air was getting in. And when it rained, it also had water, which the cat drank. The container was filled with bags of animal food, which, although not intended for cats, still allowed the baby not to starve to death. 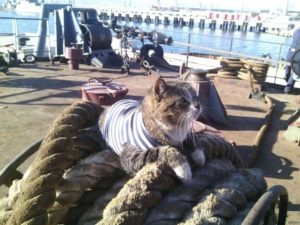 The cat was also lucky at the port of entry. The port staff was not indifferent to him, and made sure that he went straight to the vet. Thanks to his luck, the cat survived and his fate turned out as well as possible.