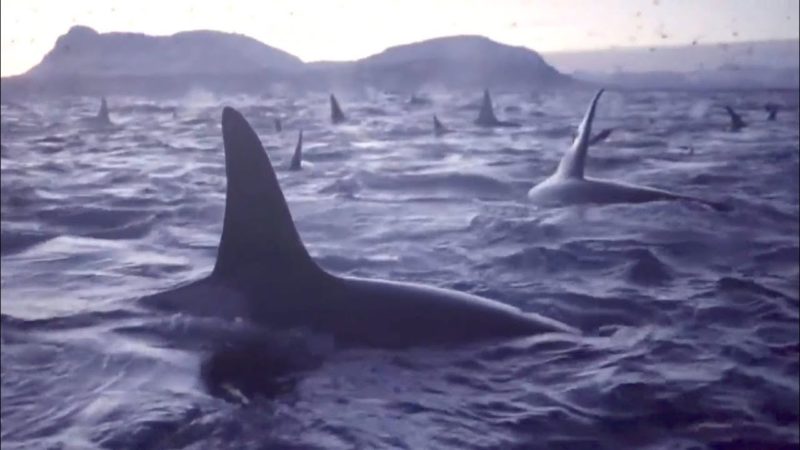 This is an incredible moment! Hundreds of killer whales gathered off the coast of Norway. A large group of killer whales, numbering at least 300, was accidentally spotted by an expedition boat.

Naturally, such a large number of killer whales raises several questions, given that these large predators usually remain in small groups. At first glance, everyone thought that maybe they were part of the same family. But when they noticed that their number was getting bigger and bigger, they abandoned this idea.

Killer whales also gather in large numbers at the beginning of the mating season. However, there has not been such a cluster yet. 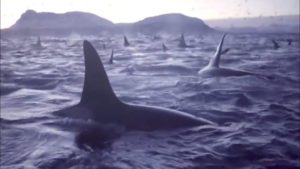 Eventually, a large number of departing seabirds shed light on the unusual behavior of these killer whales. They quickly realized that there was a fishing fleet nearby. So, all these hungry killer whales swam here for one purpose: to feed.

Take a look at the spectacular view below: