In May, not far from my house, in one yard, a tricolor kitty appeared, which someone threw away. Soon she gave birth to kittens. The locals did not expect this. No one cared about the cat family. 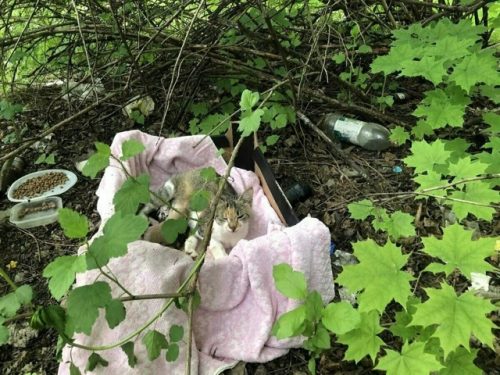 Kitty had four kittens. Someone brought a box and put it in the bushes. A towel was laid inside for the kittens. However, not everyone was so peaceful. No one had the desire to take the kittens. The locals were trying to decide where to send the cat family. I learned about this from a friend. She couldn’t take them away either, as she had already taken my cat for overexposure. 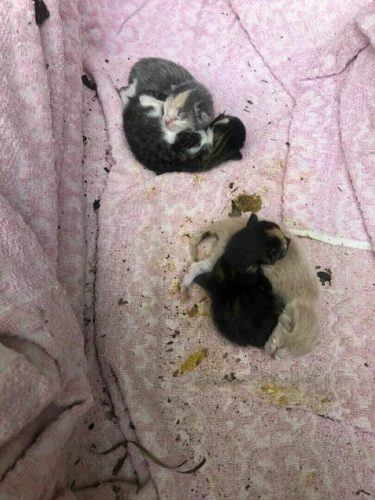 And according to forecasts, rains were approaching. And I imagined how the poor cats would stay there and get wet in the downpour. The same evening I went to pick them up. That’s how I got a cat family. 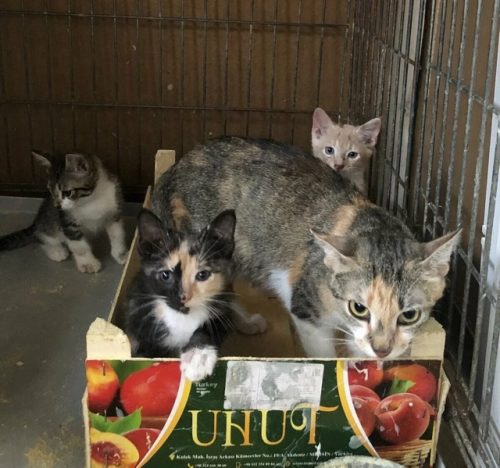 The cat caught a cold. Although it was the end of spring, the nights were still cold. She wouldn’t let me get close to the kittens. I put them in a separate cage and covered them with a towel. Now two girls and two boys were in the warmth of home. The mother cat didn’t have enough milk, so they had to be fed with artificial cat milk. Immunity has greatly decreased in kittens. Soon I discovered a fungus in the kids’ ears. I began to treat them. 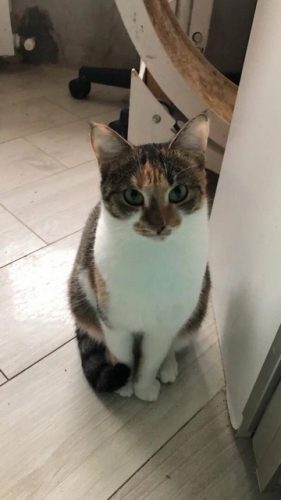 I named the cat Amazon. After she stopped feeding the kittens, I took her for sterilization. 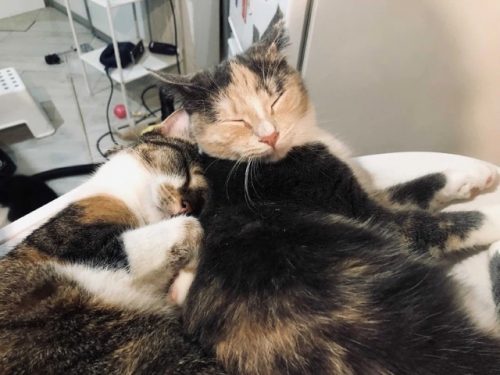 She definitely used to live with people, but someone decided to get rid of a pregnant cat. Now she comes to play with me and no longer hisses when I take her babies.